I always like this century - it's the one that most feels like home turf and this edition was to be my first century of my sixth decade so I was eager for a good result. Rick agreed to join me and we both signed up months ago which is good because it sold out very far in advance.

Watched the weather report all week and it became painfully obvious that we were in for some rain. Predictions were for periodic showers so I put my rain wheels on my foul weather bike and packed up all my get wet gear. 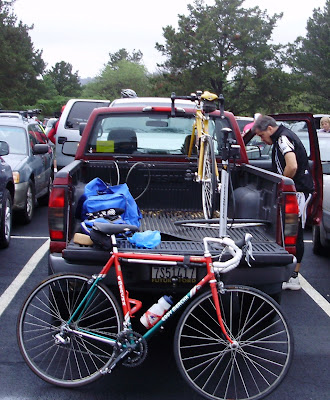 Rick came to my house and we drove my truck to Santa Rosa and looked at the sky and steeled ourselves for a long sloppy bike ride. Leaving the parking lot was the last time we would even consider not having our rain jackets on. By mile two it started raining and alternated between light drizzle and heavy showers the rest of the day.

Didn't get any action photos because I kept my camera and phone double bagged in my pocket to keep them dry. By the first rest stop I was soaked including my socks but we were having fun and it wasn't really cold so there was no reason to bail out. 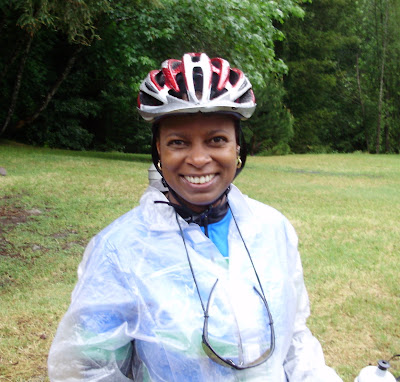 This rider was wearing the jersey from my health club's team. I have one too but I opted for long sleeves instead.

By the second there were a lot of bailers though and the number of riders on the road clearly decreased. Rick and I also missed a turn somewhere and we wound up on an alternate road that cut about 4 miles off the official route. All the rain was making it pretty hard to see the painted arrows on the road. There were volunteers and CHP directing people back to the start assuming most of us would quit - HA! We snubbed those Nancy riders and headed north to the lunch stop at mile 70. 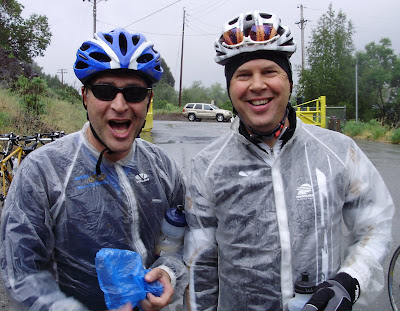 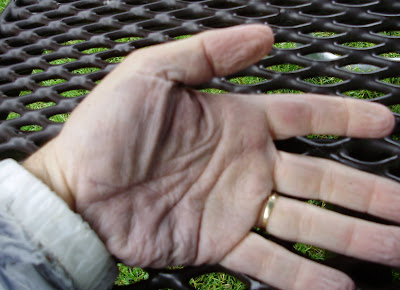 Ewww, my hand is all funky!

I've been trying a new endurance drink called Perpetuem hoping it would get me to the final of these rides with a more even output and it seemed to work pretty well - I didn't eat nearly as much at the rest stops so I never had that sluggish feeling you get when you're trying to ride and digest at the same time. Never felt low on energy either, although I didn't have much snap left in my legs by mile 90 when we got to Chalk Hill. Also I've been getting more cramps lately so I brought some e-Caps and didn't have any problem today. So that'll be my standard prep for centuries from now on. 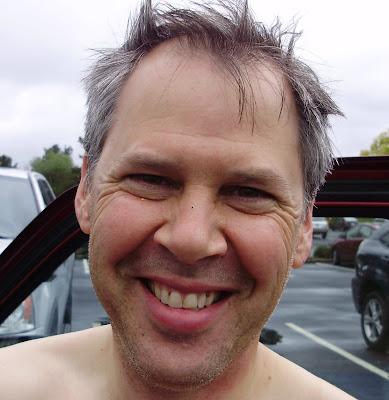 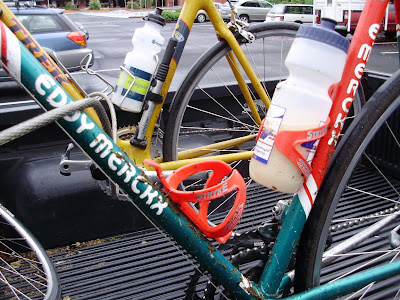 The Belgian Beast performed flawlessly in the slop - shifting got a little sluggish toward the end though; the cable guide probably clogged up. 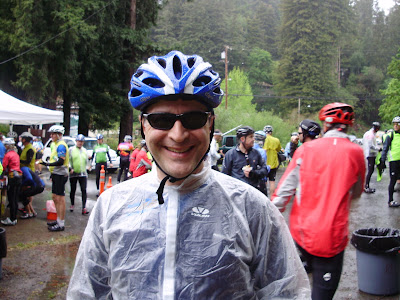 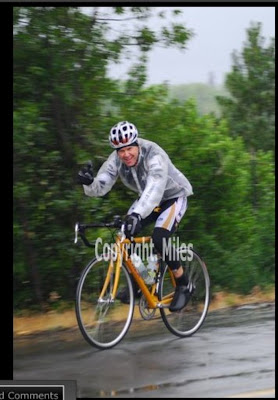 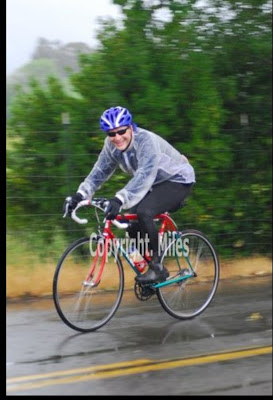 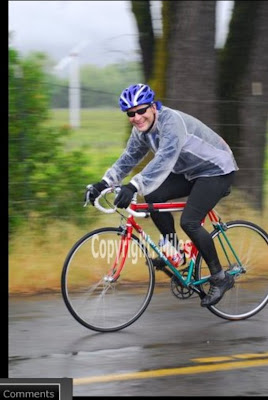 You got that up fast! Even before I cleaned my bike. I am impressed.