Met JB at the Gate - he has a new Blackberry wtih GPS and he started recording as we left.

Roadkill Observation: OK, this is a new one... a Great Blue Heron? 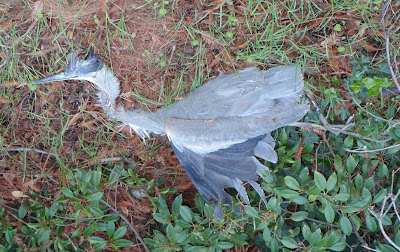 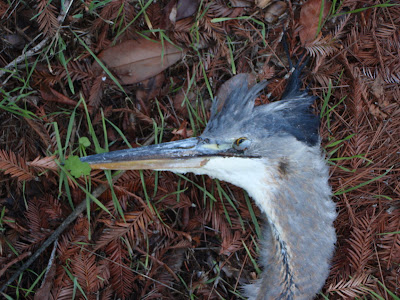 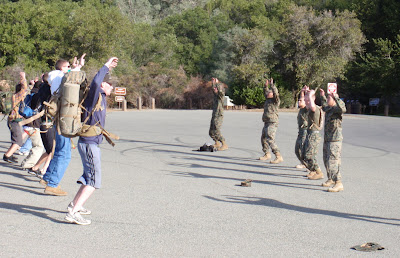 So when we got to the Elbow, we decided to turn back. 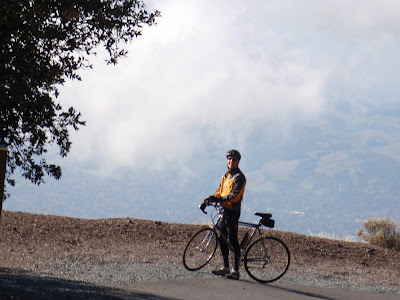 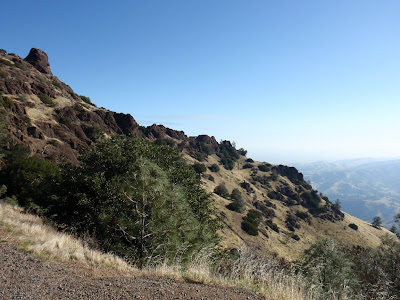 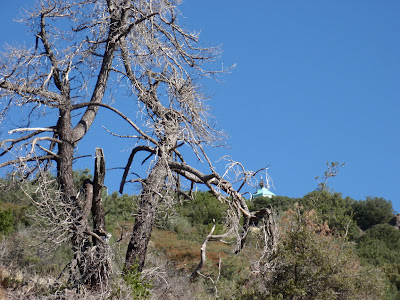 JB was ahead of me and almost ran into one of the guys from the Marines - they were hiking up and taking over most of both sides of the road and he didn't see them around a corner. I don't think they still understood how stupid they were being.

The rest of the way down was uneventful.
Photo Update on the Treat Overpass: 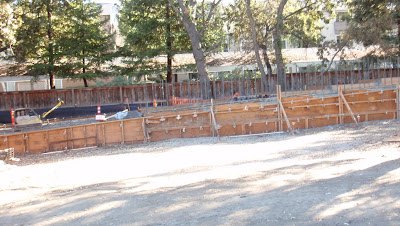 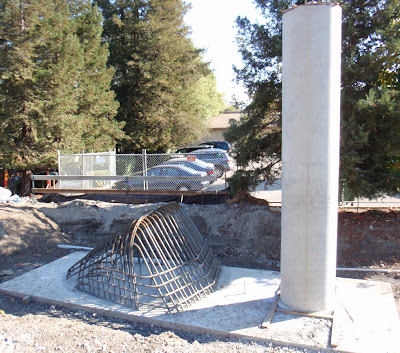 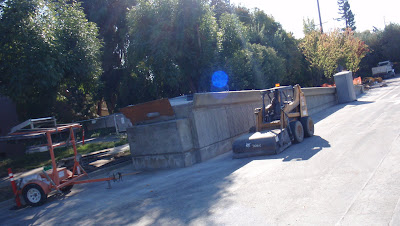 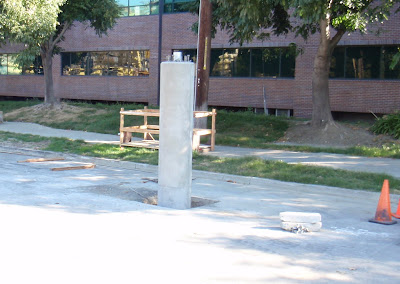 Thanks for keeping your Diablo blog going and your volunteer work on the Diablo Challenge which benefits the Save Mount Diablo campaign.

There was a time trial on North Diablo later Saturday morning on 11/14/09. The Low Key Hill Climbing Series does a different timed Bay Area climb every Saturday in the months of October and November:

Here's my ride report on my first Low Key climb:

137 of us, mostly recreational riders like myself, showed up at at Arbolado Park in Walnut Creek to register and make the $10 ride donation. New riders were assigned a number sticker which they placed on their handlebar stem. Riders speak their number
to the timers at the start and finish.

We made are way up to the starting point which was about 50 yards passed the North side ranger gate. The organizers asked that the slower riders start first. Every 15 seconds a rider was sent off up the climb.

I needed some warm up riding so I ended up starting 4th from the last position. Within the first 2 miles the 3 guys behind had gone by me and one of them smoked by about 20% faster. At this point I was bit mentally rattled and pushing to high of a pace so I eased off to find a more manageable effort. Soon the riders ahead had gone out of my site and I was totally alone on the climb.

I began to catch and pass some of the slower riders just before reaching the junction with a time of 35:20. I was more then satisfied with this half way time but I had suffered a lot at the beginning for it.

In the 2nd half of the climb I managed to maintain most of my earlier pace and was able to pass a bunch of slower riders. About 200 yards before the summit wall(15%+ grade) I slowly caught and passed another rider. He must not have been impressed with how slowly I passed him as he immediately lifted his pace and passed me back: a Diablo newbie mistake to make right before starting the wall.

I should know I did the same mistake back in the 96 Diablo Challenge and blew up on the wall before nearly passing out at the top with a South side time of
1:24. Sure enough the the rider who had passed me also cracked half way up the wall and I passed him again finishing the last 50 yards out of the saddle with a time of 1:06:21.

The Low Key web site details the climb at 10.75 miles with 3600 feet of climbing. That's about the length I and another rider recorded but I can't confirm that the total climbing is 3600 feet, maybe it's a bit less.

The 59 second improvement(1.5%) in my time from my test run was expensive: much more heavier breathing and some pulled leg muscles which are still aching.

My local climb is Diablo South Gate to the junction. For sure there is more climbing from North Gate to the Junction compared to the South side from Athenian School as my times are 3-4 minutes slower.
- Dublin John