JB was a little late and I started up in a cold hazy morning. 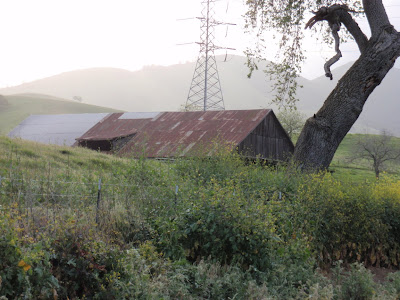 OK, you don't actually have to get all the way into the other lane at the Upper Washout, but you shouldn't get too close to the edge either... there's some significant undercutting. 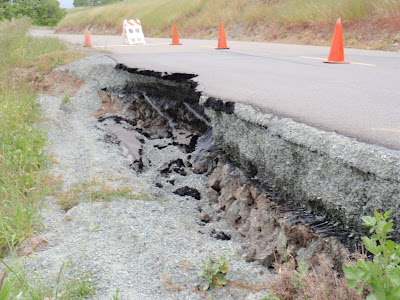 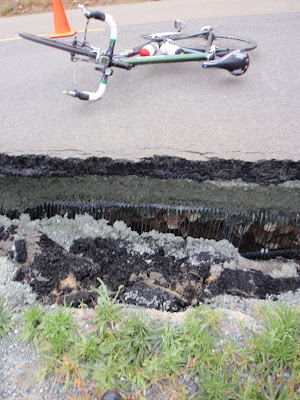 JB caught up near Son of Chainbuster. There was a huge platoon of Team in Training riders and support vehicles coming up from the South.
JB went back home, I went to Juniper first. I was feeling stiff after a night of leg cramps. I probably need to get serous about stretching more.
Treat Overpass Update - looks like they're going to fill the trays up with styrofoam under the concrete; I've seen them do that on freeways but not on bridges... interesting. 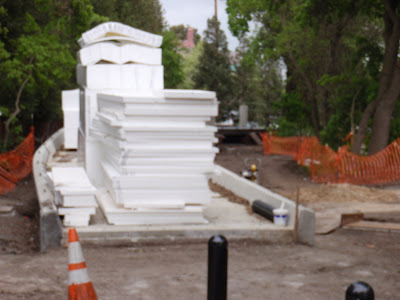 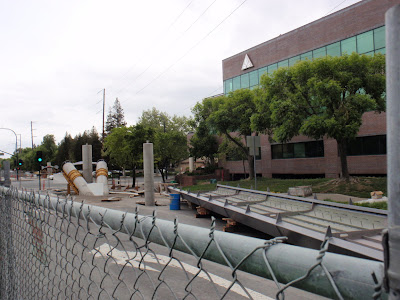 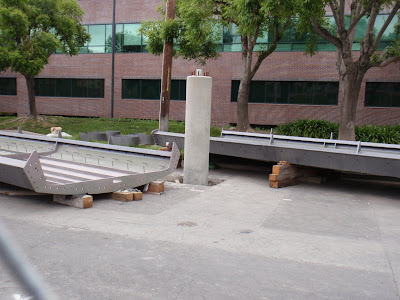