Last ride of winter!  I felt great and really enjoyed this ride, which is not that surprising, but as of late last night I was reasonably sure it would be too rainy to ride at all this morning.  Checked the phone at 6am and it said "GO RIDE THE MOUNTAIN!"

At The Gate there were no riding buddies.  I waited a while but started up for a solo ride.  Ranger at The Kiosk told me it had snowed at The Summit yesterday... I didn't think any of it would still be there though (spoiler - YEAH IT WAS!)

So without JB to slow me down, I went about 1 minute faster than usual to Junction, and then had to stop to recover.  A few minutes later JB and Colin rode in and had some story about why they were late... and Colin had to turn around... but we talked a little about bike wheels and bridge collapses.

So then it was up to The Summit.  The green grass and blue sky gave way to thick fog and low visibility... it was beautiful.  About a half mile before the Lower Lot we started seeing some snow in the ditch and ice on the trees.  On The Wall I thought it was hailing, but it was just tree ice dripping on me.

An awfully nice ride for last day of winter.  Fingers got a little cold on the way down... but I'm not complaining. 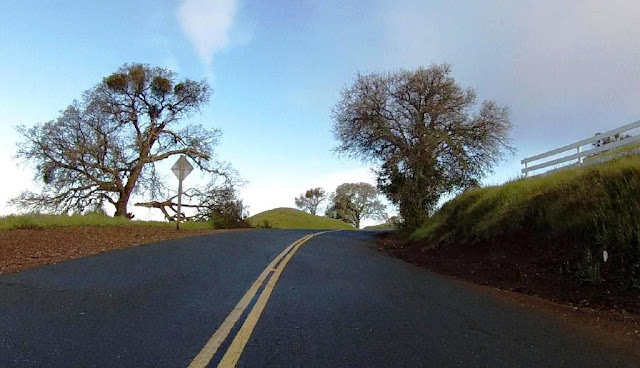 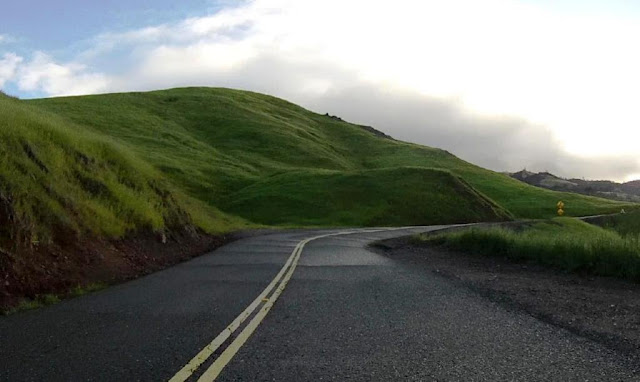 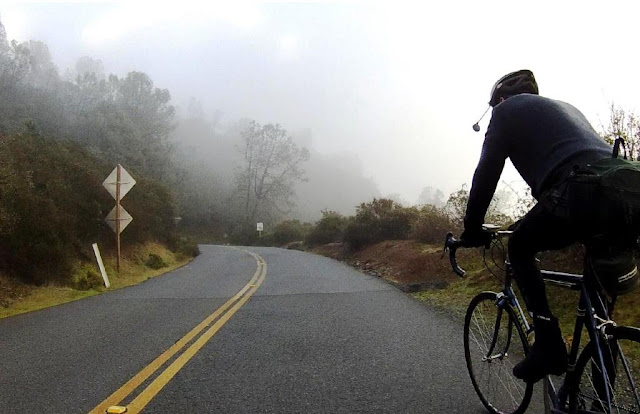 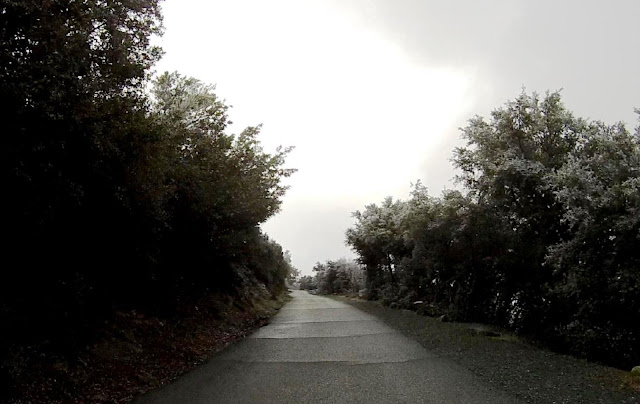 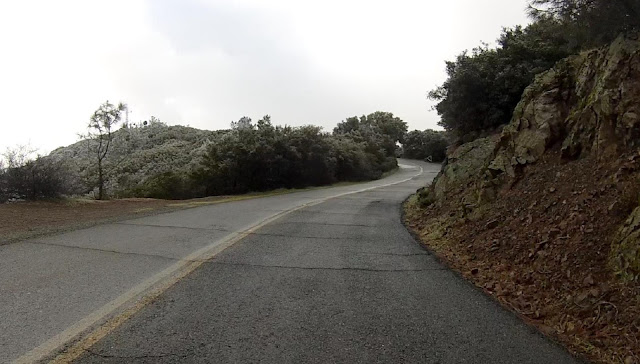 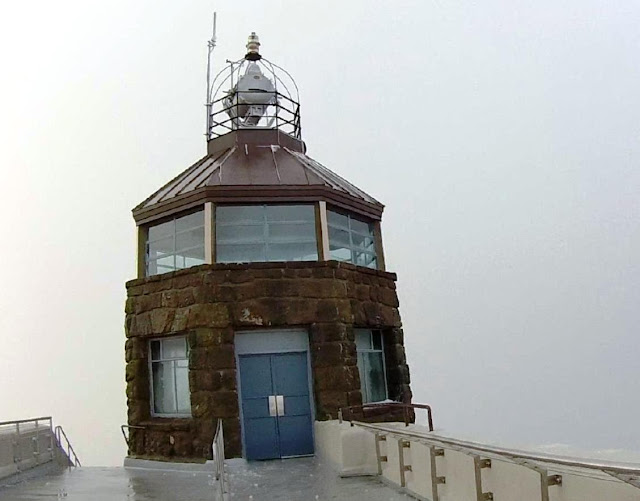 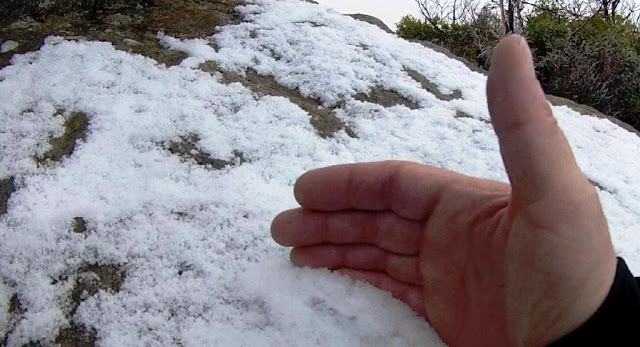 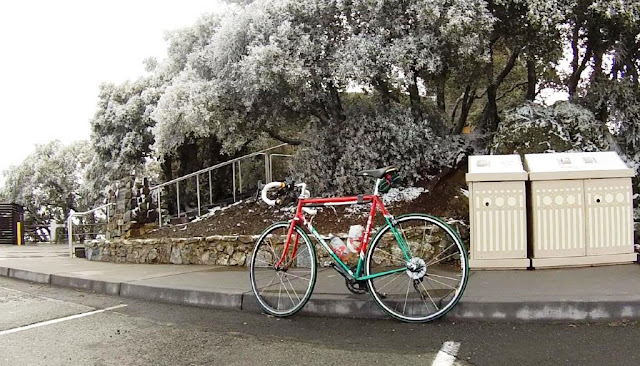 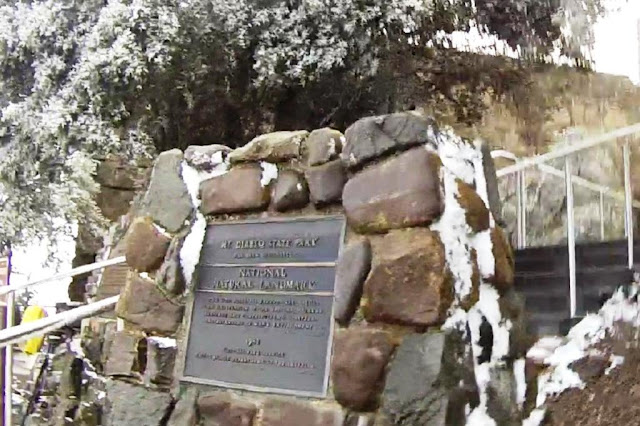