Today was not supposed to be a Spare the Air day, but I think it should've been.  Smoke is at least as bad as it has been any day in the last couple weeks.

JB was waiting for me at The Gate, and then another guy rode up and he looked like about our speed so I invited him to join us and he agreed.  Parry moved here from Boulder CO in March and has been enjoying Diablo ever since.  He had a cool story about riding a couple weeks ago with this guy who he found out later was Barry Bonds.

There was a fire on Thursday at Muir Picnic Area - CalFire got it put out real fast - THANK YOU!  There are a lot of people who love this Mountain!  On my way down, there was a crew there checking for re-ignites.  One of the guys told me they didn't know how the fire got started. 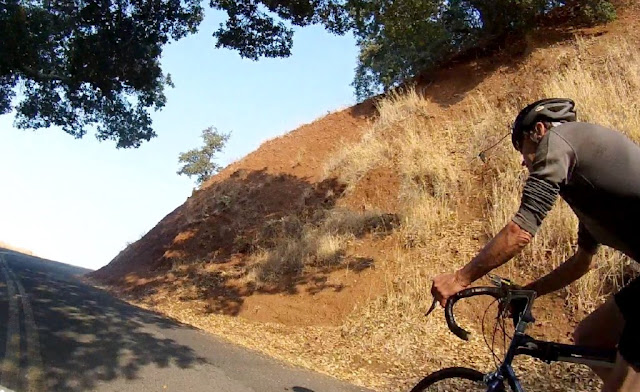 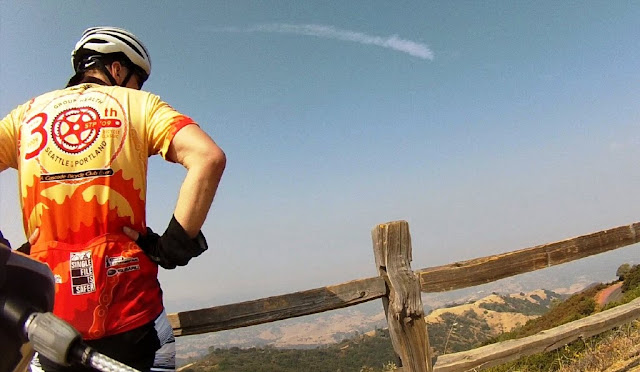 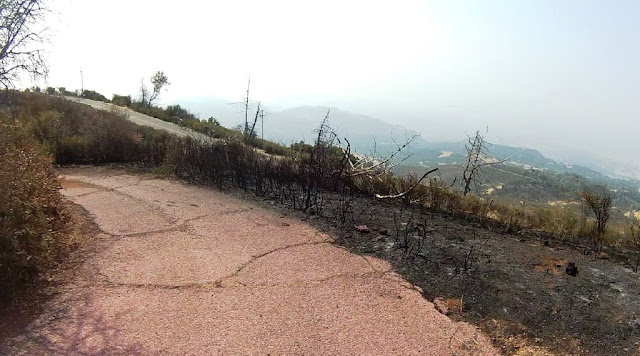 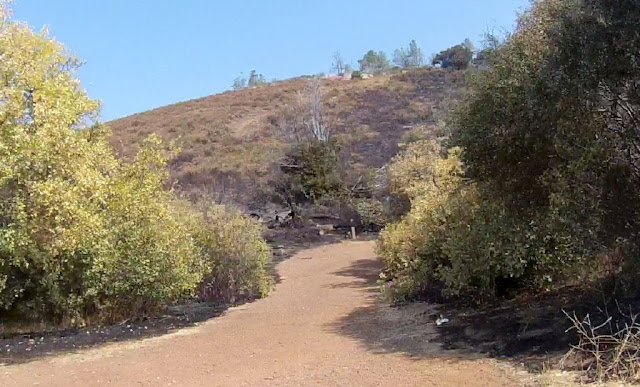 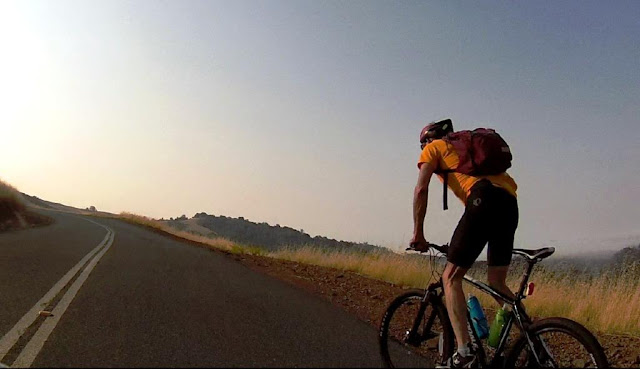 I did this video direct to YouTube... quality sucks worse than the air does... but click anyway.

Tarantella Tally:  one dead one at Junction. 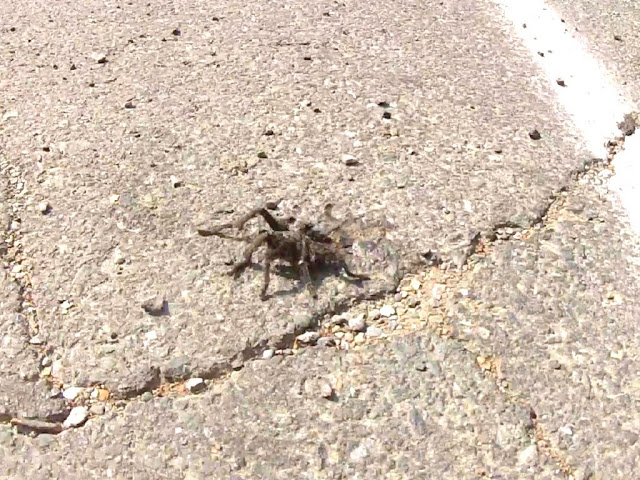