The California event is in Cambria, west of Paso Robles.

So why did I want to do it?
I'd always kind of known about this, thought it was interesting, but until this year it didn't appeal to me as a participant.  But this year... in three weeks... I become an old timey guy of 60 years in age, and that's the kind of thing that makes a guy like me think he needs to do something epic and tough and memorable... so he can brag about it to other old timey guys.

And being an old timey guy - I've been around long enough that my regular bike meets the definition of old timey bike.  Basically the event requires a steel frame, downtube or bar-end shifters,  and pedals with toe clips.  My Eddy Merckx qualified once I put my commute bike pedals on him.

The drive down was long and boring, except for the last 10 miles which was stunningly beautiful... green hills and vineyards and a winding highway dropping down to the ocean.  I met some guys at my hotel (Bill and Ted!), who had both done the ride before and assured me it would be tougher than I was ready for. 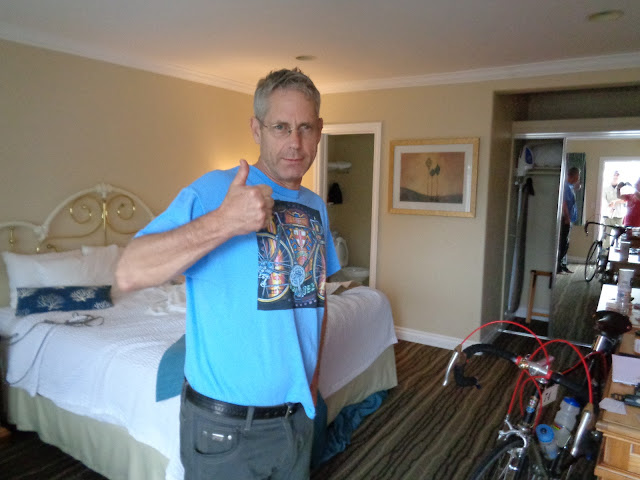 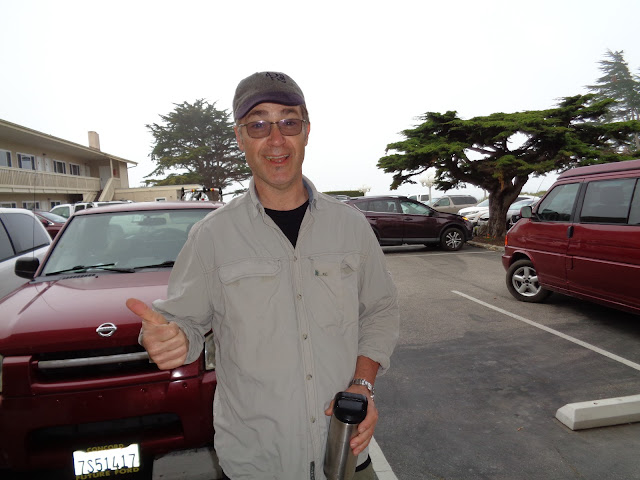 Saturday afternoon at the event venue I picked up my registration package and looked at some old bikes and mingled with the other old timey bike guys and soaked up the atmosphere.  Then I went back to my hotel and took a little bike ride through town and along the beach.  Cambria's not a large town and it was swarming with bike riders this weekend and the locals seemed to think that was pretty cool and the businesses were all very welcoming. 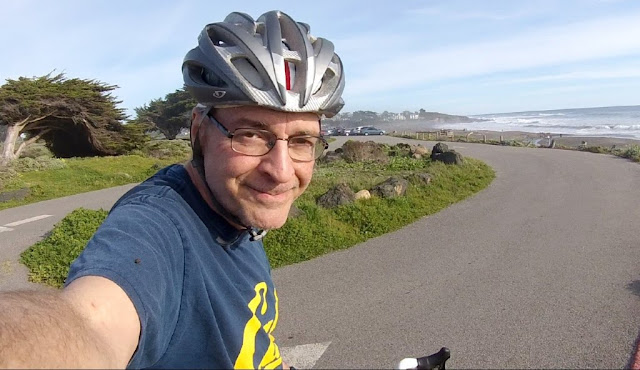 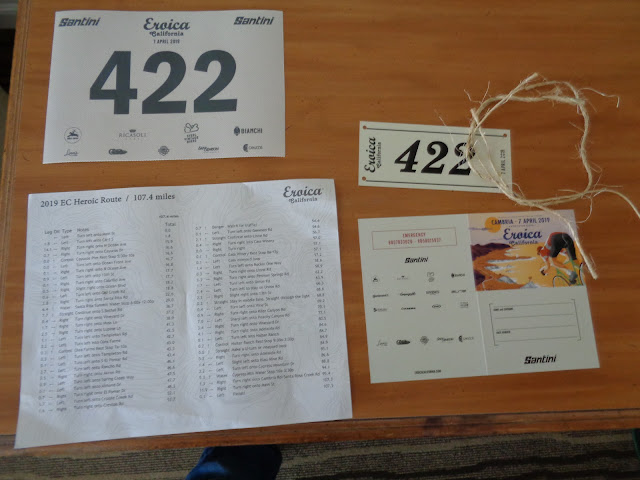 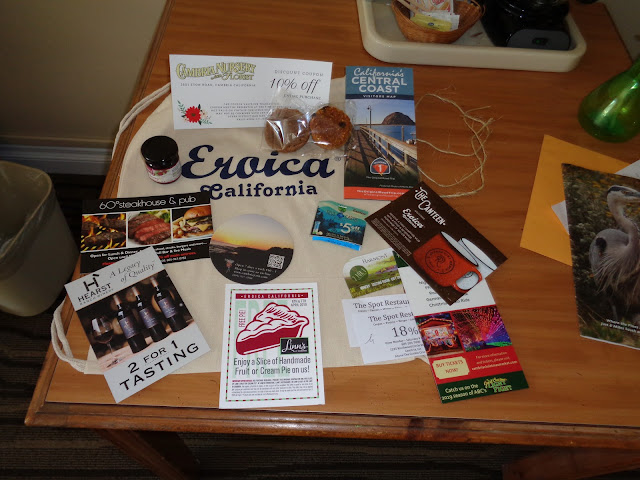 I went to bed early because my ride started at 5AM.  I had studied the route map and figured I could finish by about 3PM, but I was prepared for and wanted a test of my toughness.


I put the route map into my bike computer, and the profile looks good and tough. 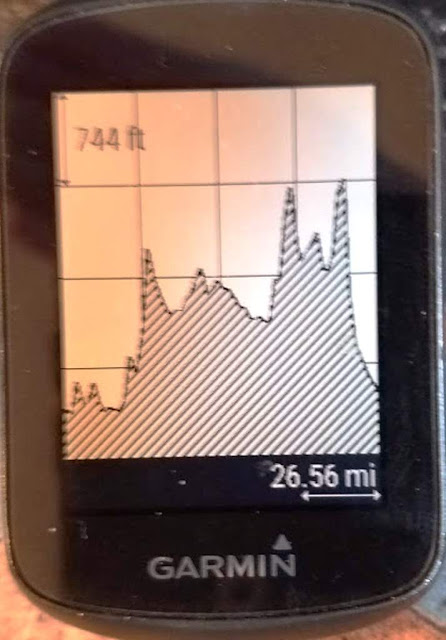 No trouble getting to the start line at 5AM.  Only the toughest, grizzled, old timey guys were doing the full 108-mile ride with me; the easier rides started later in the morning. 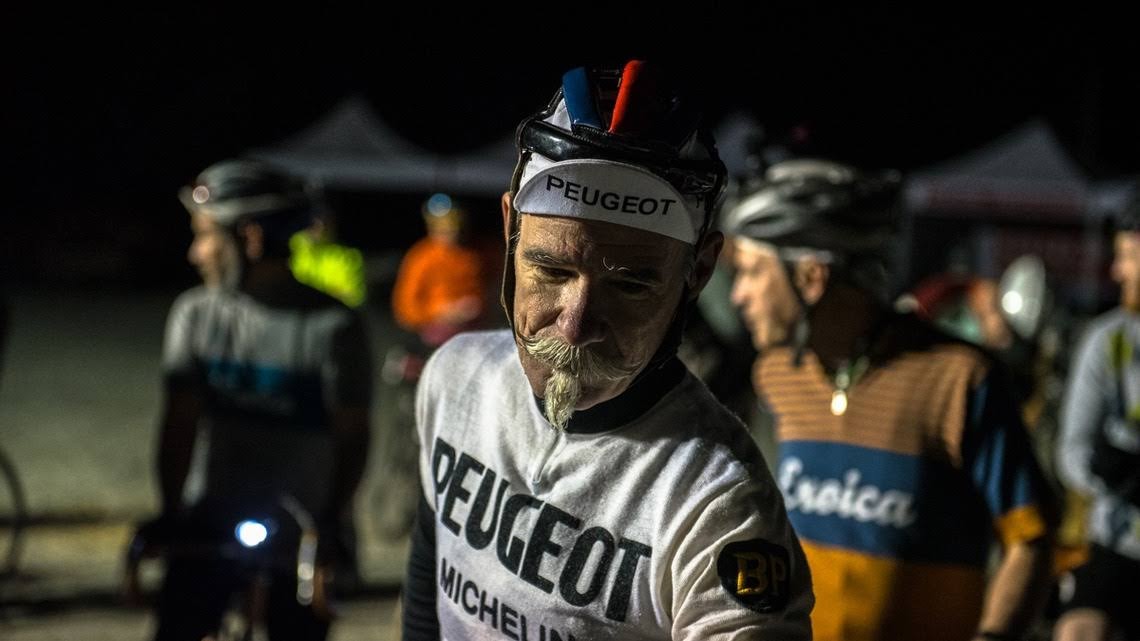