First ride of the season in my full winter gear.  Didn't need my warmest gloves or booties, but it was a cold start.

Big group passed us in The Prologue. 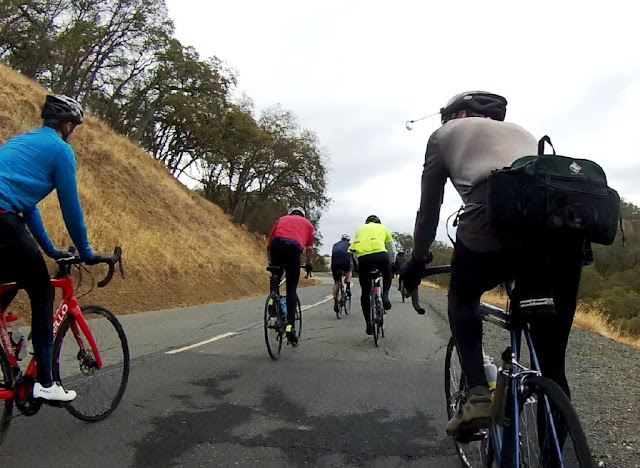 Including this guy below, who was on a comically too small bike. 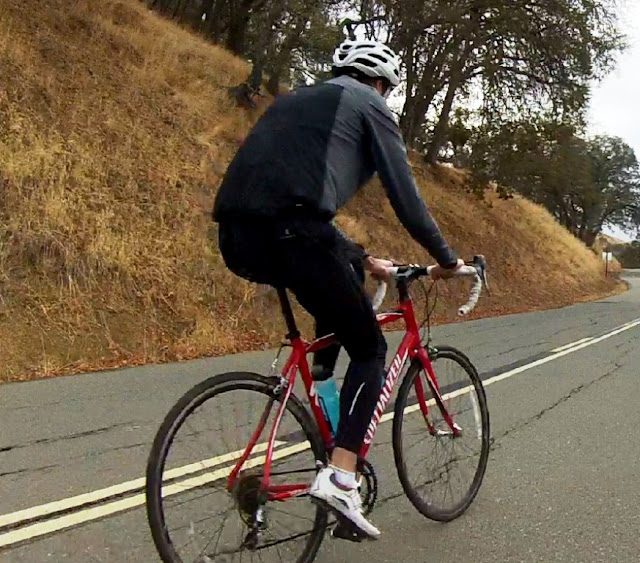 Colonel Al and I discussed safety improvements and then he rode with us up to Livermore Overlook.

Sun came out after a while and I took my gloves off and unzipped my jacket. JB turned around at Juniper because his fingers were froze. 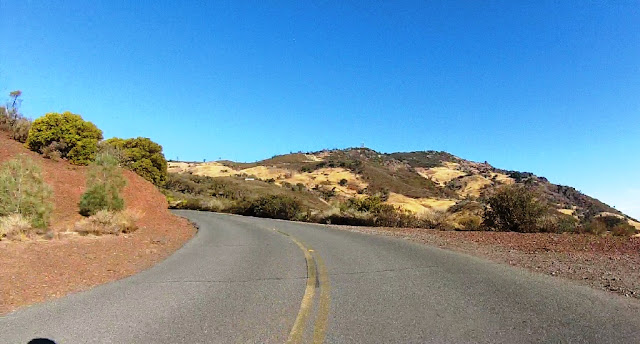 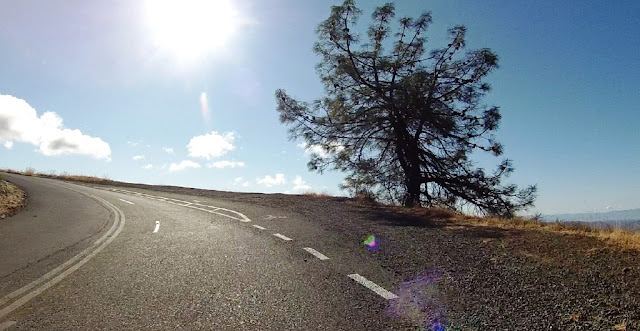 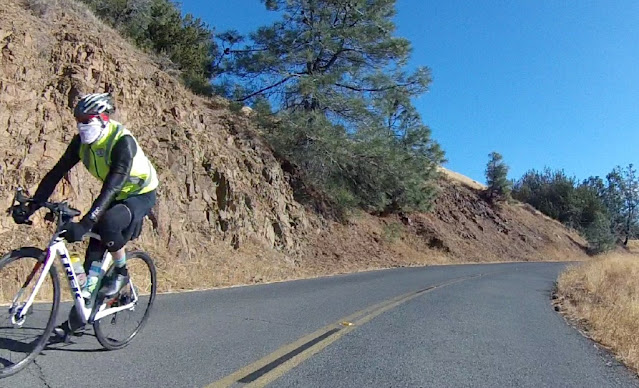 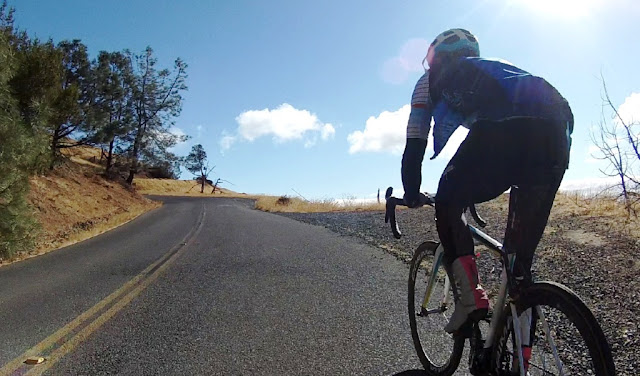 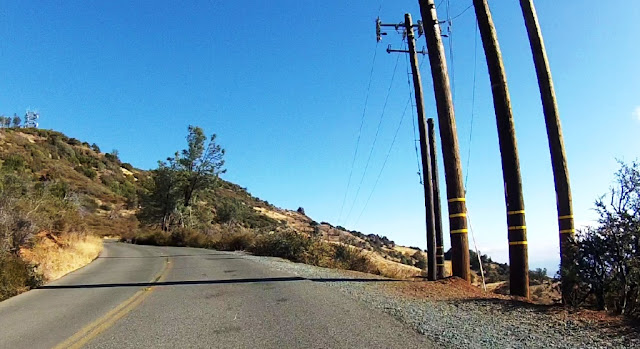 Shawn was so bundled up I didn't recognize him. Had to go back to the file when I saw his Strava and sure enough! 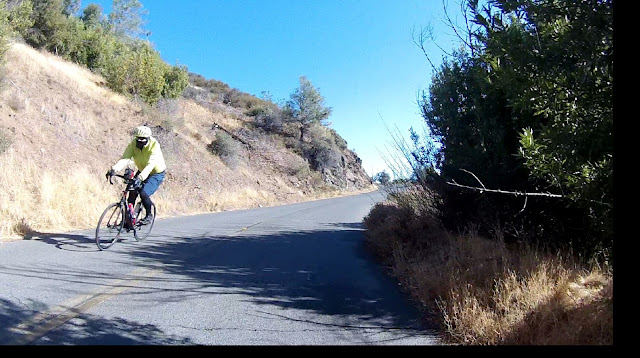 This driver got the DiabloScott bloody stoopid scream. 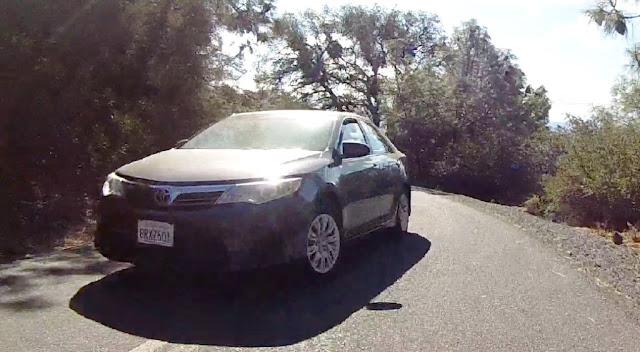 I stopped on the way down at Junction to use the outhouse, and then I met Ted who had an Eddy Merckx similar to mine and we reminisced about how they were dream bikes when we bought them and how they still have that magic. 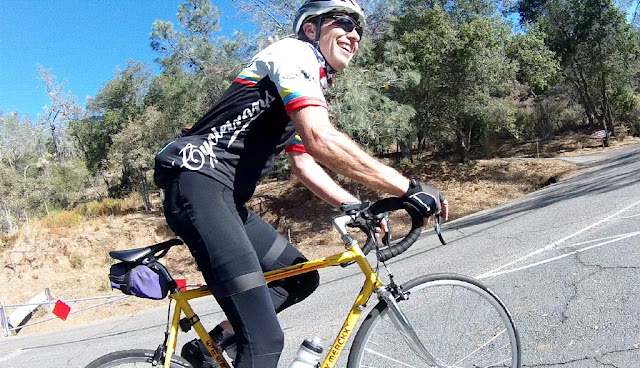 Isaac said I had been gone WAY too long when I got home. 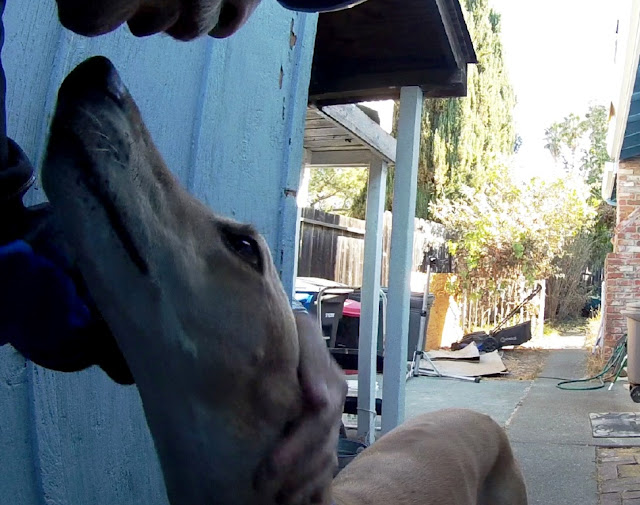 Nice photos and narrative, Scott! Happy to make the blog on one of my few summit trips!