Last night as I was putting my bike away, I noticed a rear flat. Must've been a slow leak that didn't make itself known during the ride. So at 11pm, I was gluing on a new tubular... I've done enough of these to be able to get it done relatively quickly - and I had two tubulars on my stretching rims so they were ready to go. I'll give it a thorough check later, but I'm sure it's good enough for now.

This morning I got a text from JB saying he was nursing an injury and not riding... so I gave myself a 30-minute late start and had another cup of Christmas blend. Satisfied myself that the new tire install was good. Checked the weather and braced myself for a wet outing. It was foggy too, so I installed my helmet light.

As I rolled out, I got a whiff of the un-mistakeable odor of dead opossum, so I made a mental note to wash my jacket when I rolled back in.

There were more people on The Mountain than I was expecting... I think I saw six people not in cars. We each saw something of each other in ourselves. So the ride to Junction went through thick and thin fog, and light and heavy drizzle. I got wet, the tire held fine, elevation was gained. 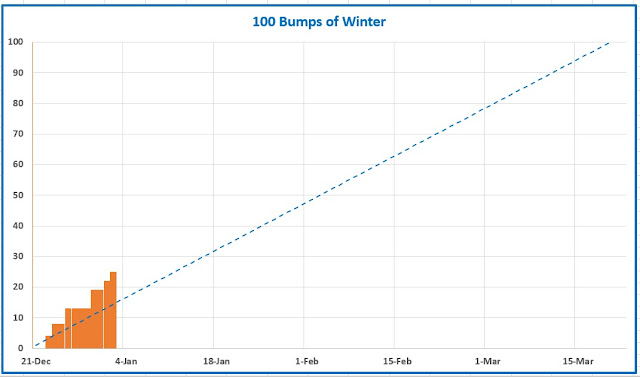 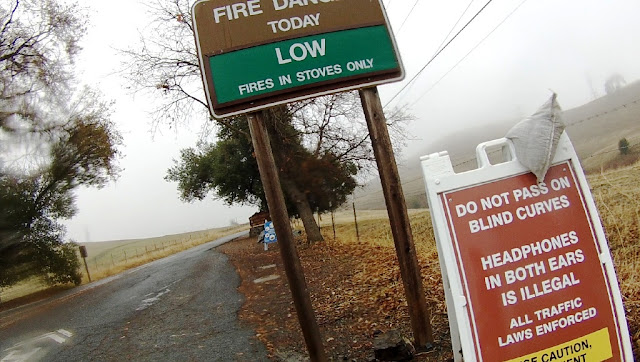 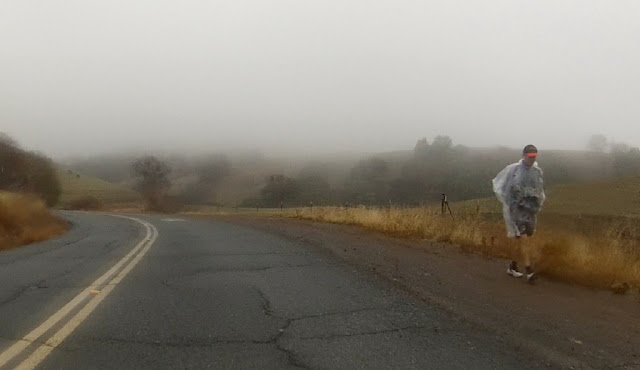 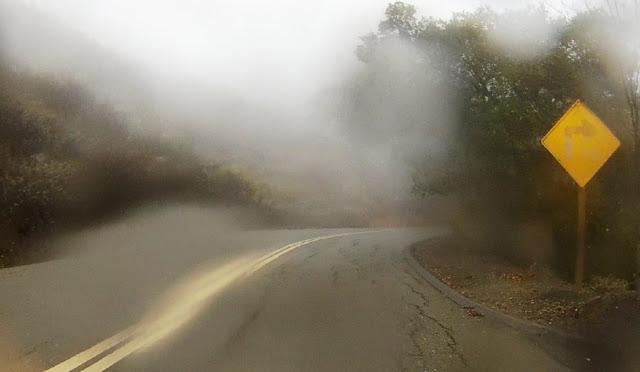 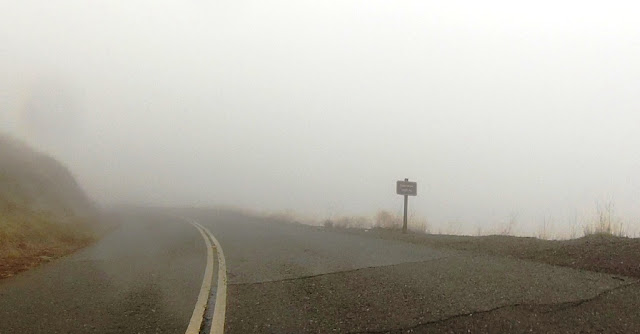 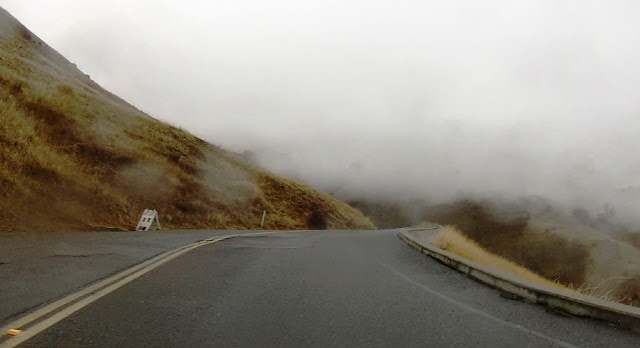 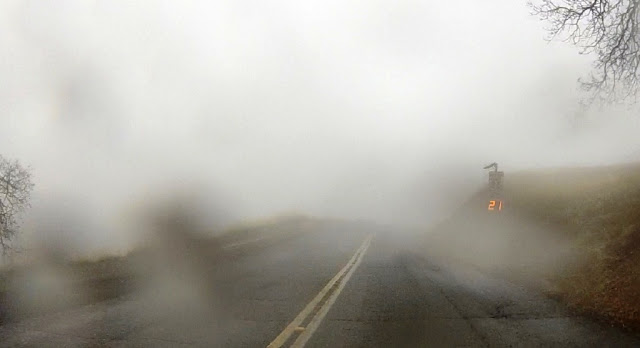