Started out early hoping to fine tune my shifting. Despite earlier indications to the contrary the situation's not been resolved and I've been getting some skipping and ghost shifts. Seems like I'll get it perfect in the workstand and then after about 10 minutes it starts to bugger up.

Met Peter at the Gate and soon JB showed up... he must have had a rough night though.

Had so many drive train problems I determined to go to the bike store after the ride so I turned around at Junction. Before I left though I got these shots of a really cool butterfly at the Ranger Station. 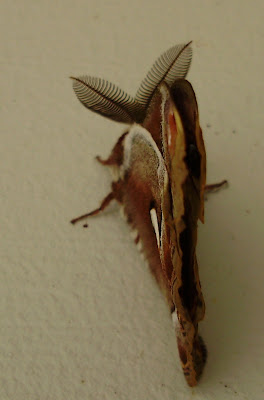 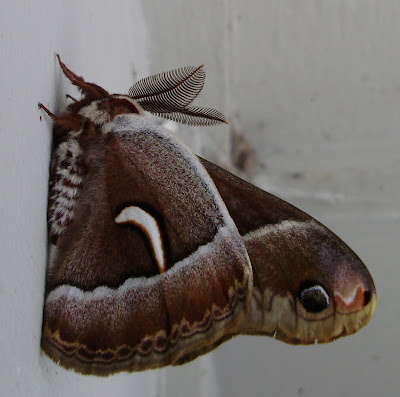 "Whoa - is that a Nike SWOOSH? 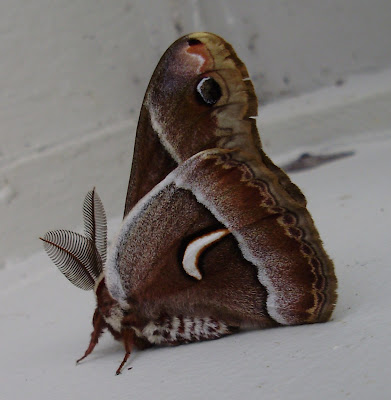 Coolest insect EVAH.
So the Klein's in the shop and I asked for their top guy so hopefully they get it figured out soon. Just in case though, I put some new bar tape on my beater Merckx for next weekend.

I guess that bar tape didn't get put on because you were a no show today - and Wednesday evening. You missed the pizza and beer with Colin, Amanda and me.

Carrying your bike on your car all day to give the impression you are a hard core cyclist isn't enough - victory goes to those who show up.

I did show up; picked up my Klein from Encina at lunch time and started Diablo about 5:30 but my chain came apart on the Bump so I had to turn around. It was still rideable but I couldn't put much tension on the chain and I took it back to Encina where they fixed it on the spot - then I did another test ride around Heather Farm just to make sure everything was copacetic and it seemed great.

Anyway, turning around at the Bump is unBlog-worthy so I didn't post it.