I was first to the Gate, then Peter then JB. The lower elevations were filthy with squirrels today. 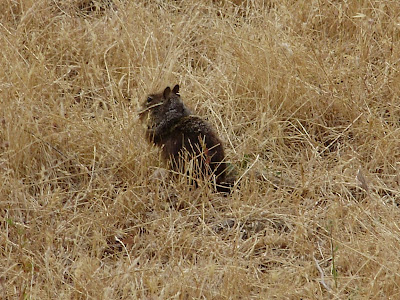 Nice and cool, no wind, kind of foggy up high. 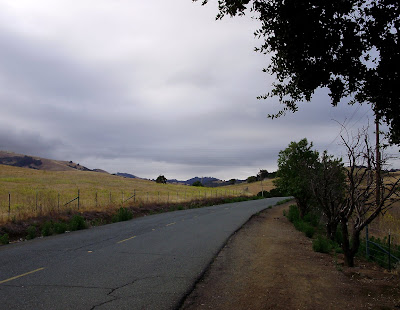 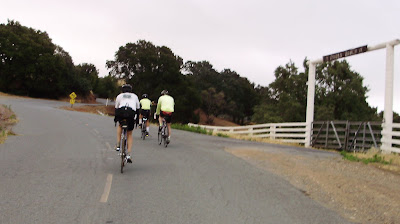 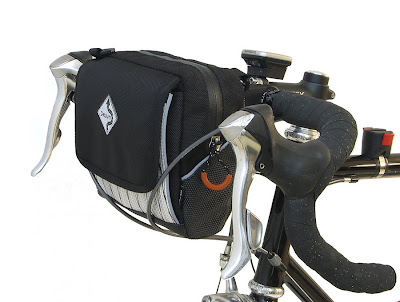 Detours is a neat little company in Oregon that makes all kinds of bike bags and accessories.

I decided I needed a little extra storage capacity for my Seattle to Portland ride. I wanted room for:

I considered oversized saddle bags, frame bags, fanny packs, and handlebar bags and I liked this one the best. 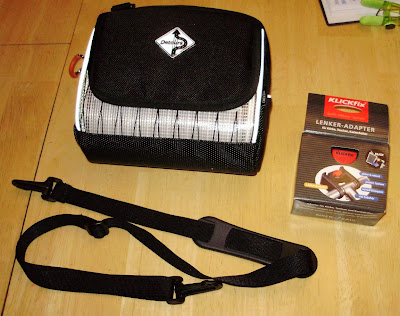 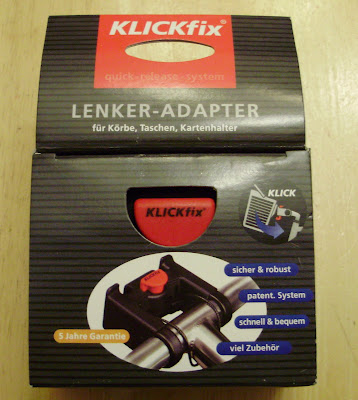 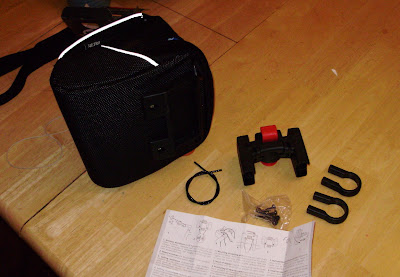 Just the right size with useful pockets and slots. 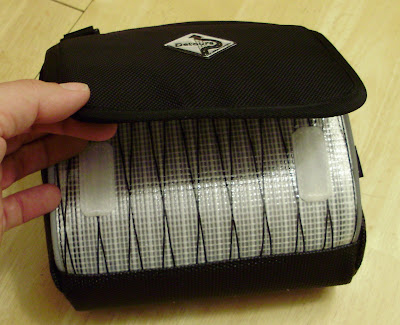 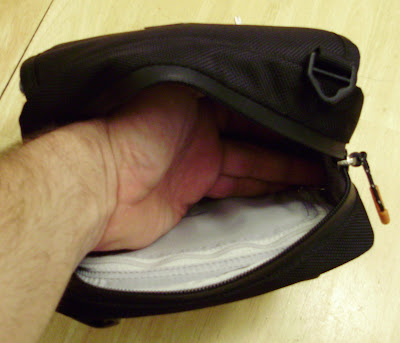 You can see here another zippered pocket inside the main area for ID or money or something. 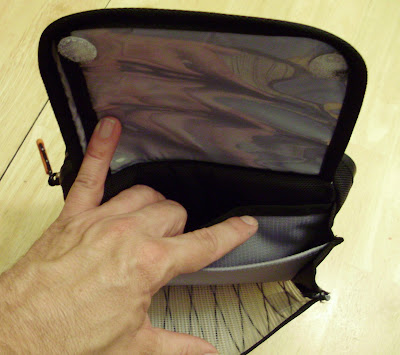 Several slots in the front, covered by the flap. 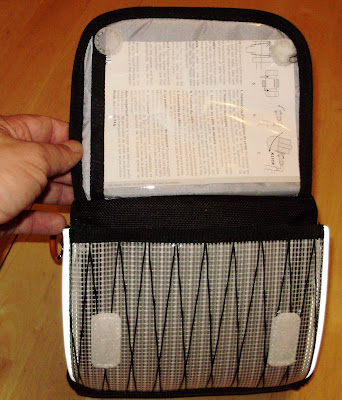 The underside of the flap holds a map.

My concerns with a handlebar bag were that it'd be too bulky, not stable enough, and dorky looking. 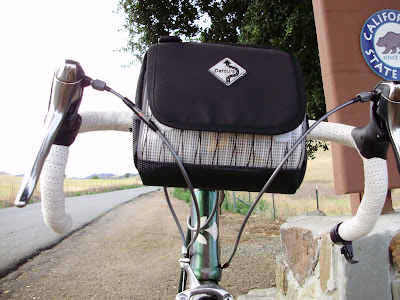 It's really not bulky at all. It's advertised as "STI-friendly" and it surely is, but it does push your cables around a little. Next time I do a recabling I'll give myself a little more housing for a better line when the bag's installed. 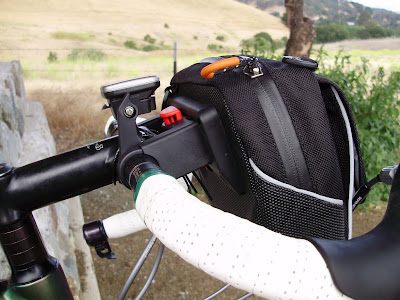 Repositioned my computer from straight forward to straight up for some extra space. You might have to move yours outside of the bracket too. Also, you have to make sure your brake cables don't go through the clamp or your brake won't work... needed to untape my bars a little to move them on my rig. 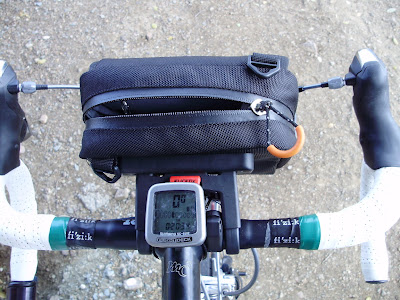 Plenty of room on the tops for your hands and a heart rate monitor or GPS. 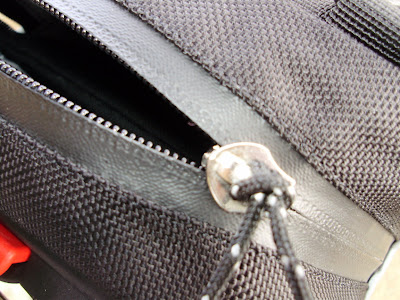 The zipper is waterproof so it's a little hard to open. 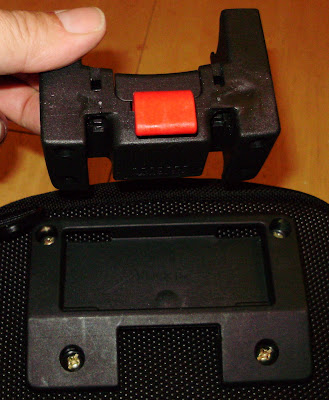 The mount is REALLY stable and not too tricky to install. Some of the old style handlebar bags were really flimsy and saggy and wobbly. 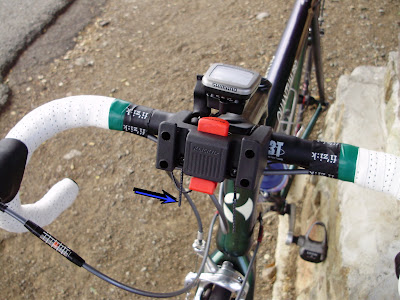 There's a little safety cable that wraps around your stem so the bag doesn't fall into your front wheel if the mount fails. 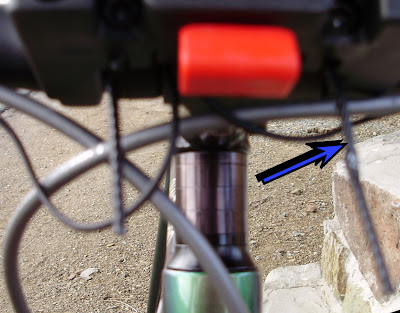 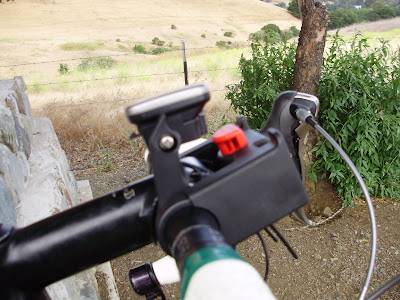 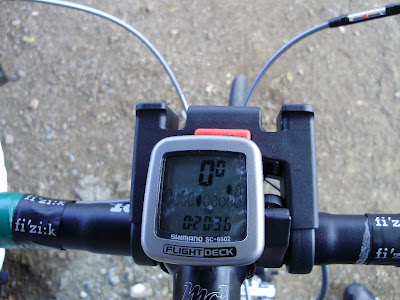 If you take the bag off, the mount by itself can stay on without getting in the way (much).
So how much does it really hold? I rolled up a windbreaker, arm warmers, and knee warmers and there was still plenty of space left for other goodies... take a look - 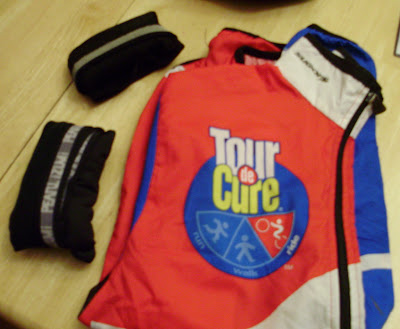 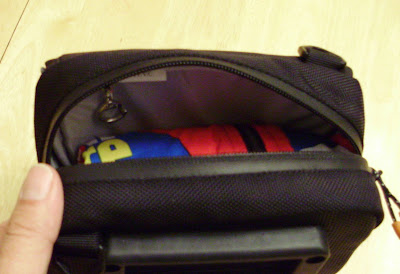 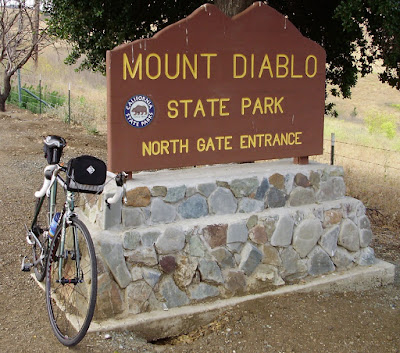 It actually doesn't look too bad at all, hardly into dork territory... and the thing is in STP they make you mount your rider number on the front of your bike so mounting it on the front of the bag instead of just hanging on my handlebars will actually be a pretty good upgrade.

So it's not too bulky, it's plenty stable, and minimum dork factor. I've taken it up Diablo twice now, partially loaded and it has been rock-solid and unintrusive... I think I've made a really good choice on this one, and I think it's going to be a really nice asset on STP.

I give this one a 9 on the DiabloScott handlebar bag rating scale.

A very thorough product review. You should post this one (or a link) wherever you bought the thing. Fortunatly it is small or you'd be a dork for sure at STP!