Met JB and Peter at the Gate and we stayed together until about the middle of the Bump. 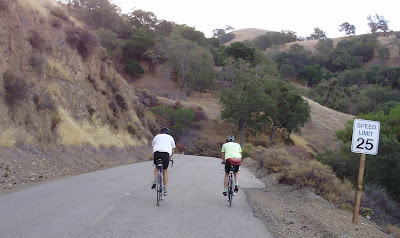 They were a little ahead of me when I noticed a big buck just off the road and very close to them, but he was on the downhill side and his head was about level with the road with just his antlers sticking up higher. They didn't see him but I rode by pretty carefully because he was watching me and it was a little creepy. 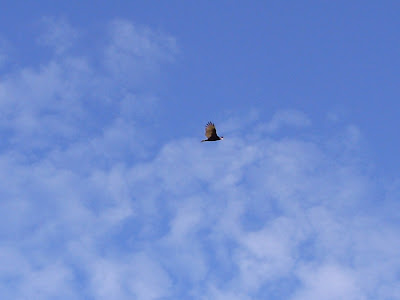 Sky was beautiful but it was pretty warm and getting hotter.

Pass ratio = 2:0... one guy was chasing me the last couple miles but he didn't have it. 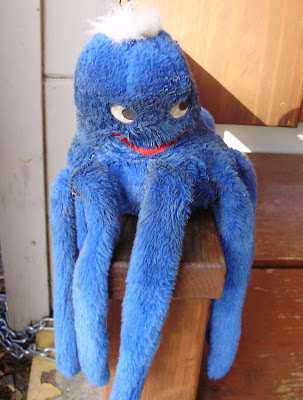 Somebody left this guy at the Junction; might have something to do with "talk like a pirate day".

JB went down but Peter and I went down to the Kiosk and then back up. I cooked though the easy section and got way ahead of him but by the Junction he was only a couple minutes behind. Much shadier on that side. The sheriff's department was doing some search and rescue practice so there were some interesting things going on.