Waiting at the Gate, Dolan and Terry, a couple from the Club, showed up so I started with them. We got about a mile before they announced they were training for the Death Ride. Dolan took off and Terry lagged a bit and I was caught in the envelope of hell. 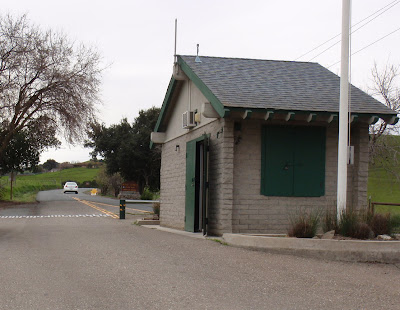 Ranger Carl warned that there was a washed out section of road just below the Upper Washout... turned out to be no big deal but if they can keep the heavy vehicles out of that lane it'll last a lot longer. 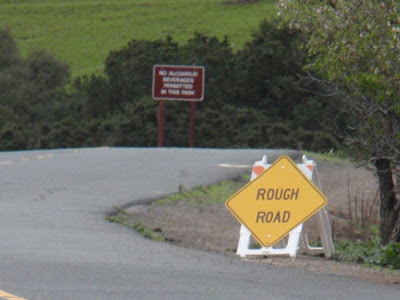 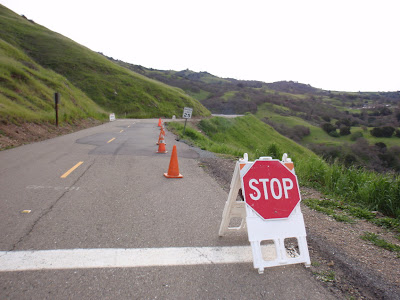 I stopped at Junction but Dolan had already gone up Summit Road.
Then JB and Peter showed up. JB and I went down SGR and back around. Update: the curb on Green Valley Road that bordered the too-narrow bike lane has now been completely removed.
Treat Overpass update photos: 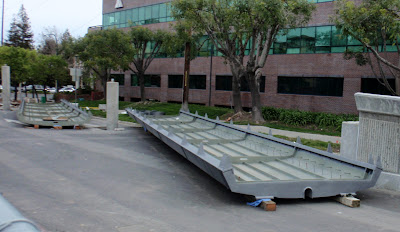 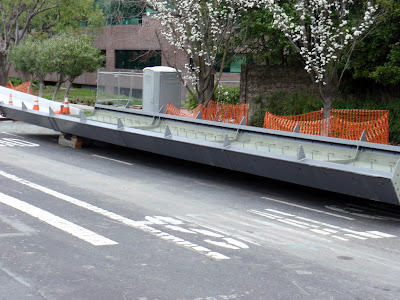 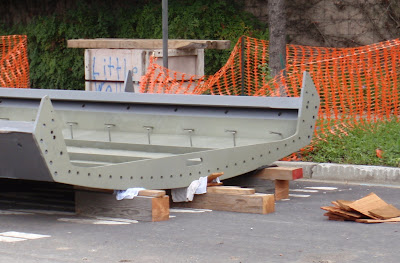 Saw this nice Klein at my health club Friday. Looks like a dedicated criterium machine from the early '90's. 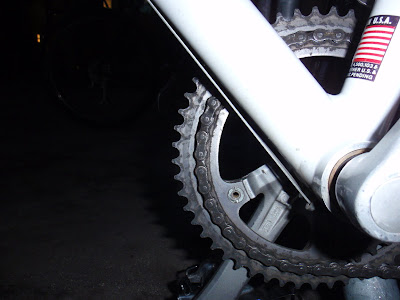 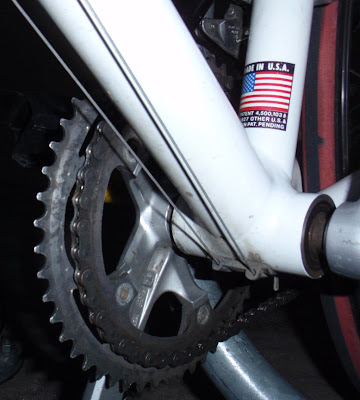 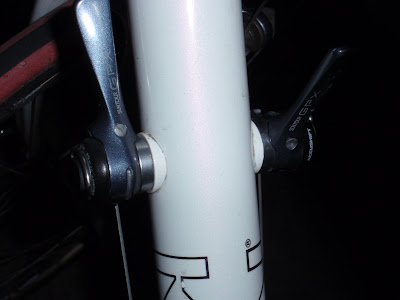 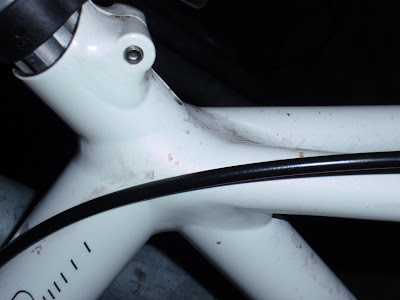 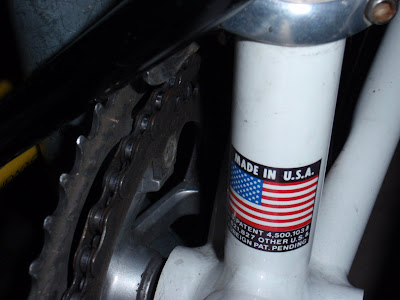 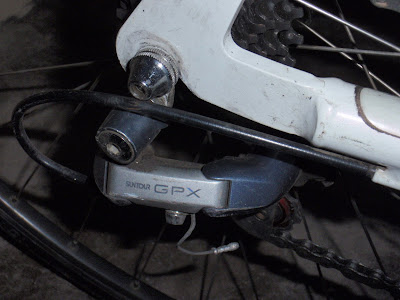 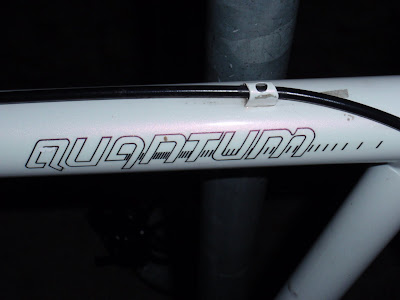 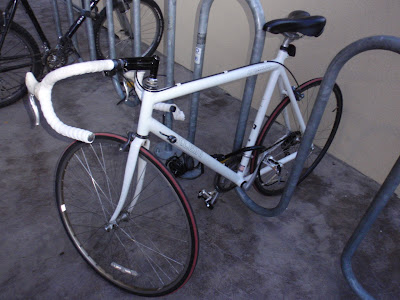 Blog reader BayBruin contacted me about my Bike Friday tandem. His son is autistic and too big for the trailercycle but we thought a tandem like mine would work out so they came over for a test ride. Judging from the big smiles they'll be ordering one soon. 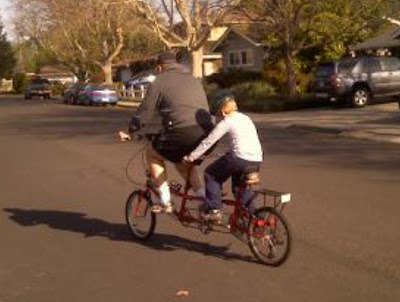