Last weekend, I unsuccesfully attempted to install the Velo Orange fenders on my Masi fixed gear commute bike. The directions sucked and it didn't seem like they gave me enough mounting bits... so I took it to the friendly pro's at Encina Bikes. They didn't have an easy time either. Fender mounting is frequently one of those things that requires a lot of creativity and kludgery and I just didn't have it... I didn't think I'd need to though, because the bike has all the threaded bits you generally need for fenders. Problem was though, they didn't mount under the fork or to the brake bridge the way they were ostensibly supposed to. Anyway, Encina got the job done and the results are pretty good, but not quite as clean as I'd hoped for. 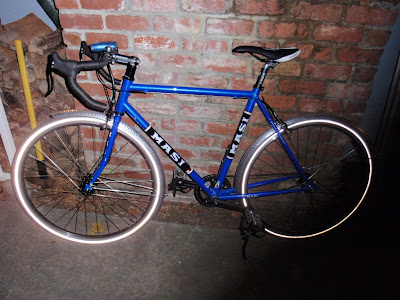 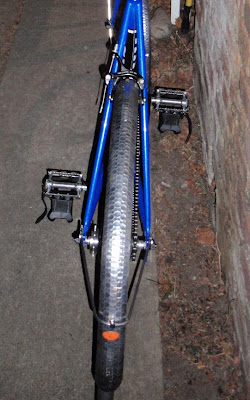 The Velo Orange struts are way more stout than any other fender I've used before. 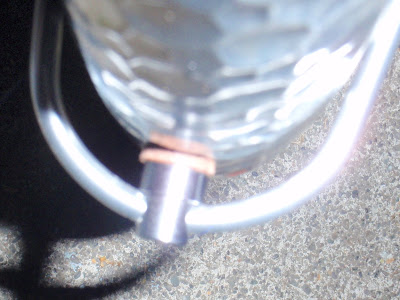 And use a "daruma" instead of a clamp to grab the fender. 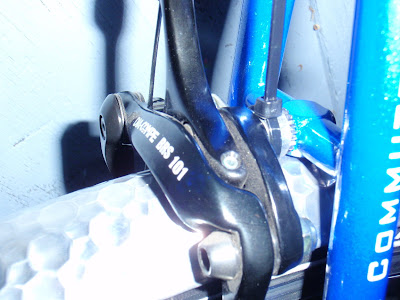 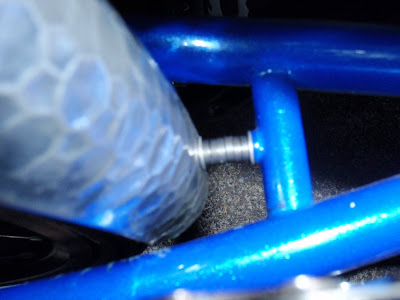 And needed some spacers at the chainstay bridge attachment; these are rollers from an old chain - I love that kind of resoursefulness. 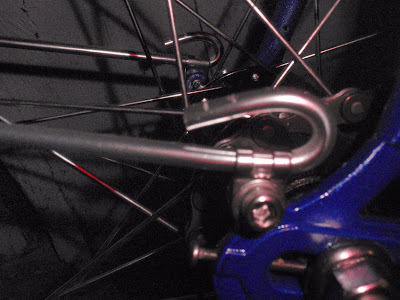 Nice touch bending the struts instead of just cutting them off - looks cool. 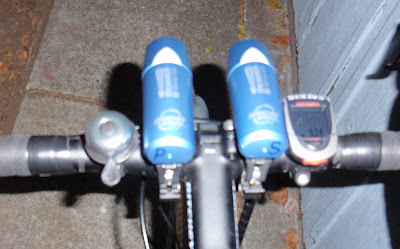 P and S means "port" and "starboard"... inside joke to myself. The cockpit is nice and tight on the wide Ritchey road bars, leaves plenty of working room for my hands. 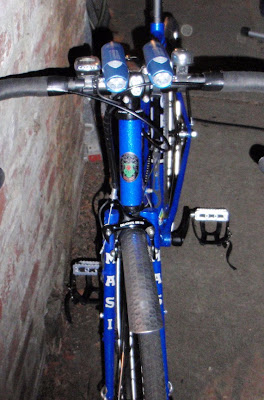 So anyway, Encina closes at 7 and I had to cut my Diablo ride a little short to get there in time. I took a couple photos of the sunset but they were blurry and had some flares so I deleted them.