Spare the Air please.
Three days of sub-optimal atmospheric conditions. Today was a little better but you could see a lot of smog along the freeway corridors.

JB caught me at mile 2, then we came across Peter coming down, then a couple other guys caught up to us and one of them was from New Zealand... he told us jokes about Australians and some personal insight on earthquakes in Kiwiland (there was a bad one there yesterday)... worst part according to him: NZ is now 12 inches closer to Australia.

Rick's plan was for a double Summit in prep for Alta Alpina which is an insane amount of climbing in a road race. He called me when I was at Chainbuster and I tried to answer the phone but the neuro receptors and fine motor control were stifled by lack of oxygen and I accidentally hung up on him.

JB and I went on to Juniper. 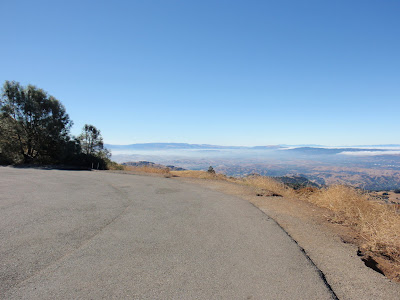 Then went on some more. I hung it up a little ways later and staged a Diablo Spy Cam: 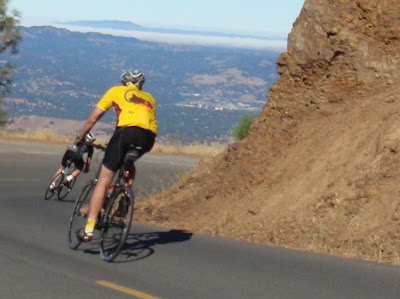 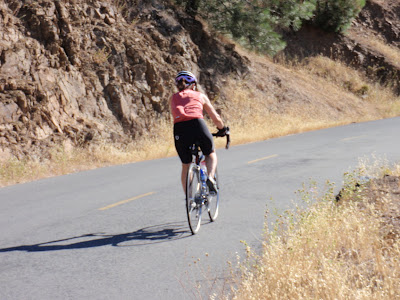 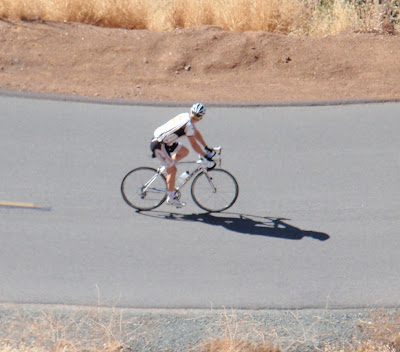 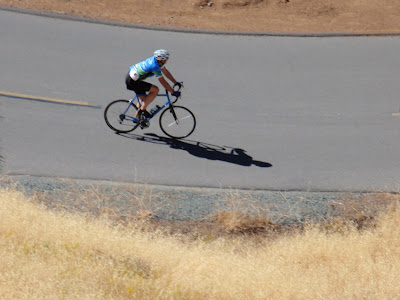 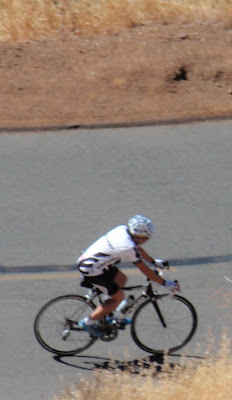 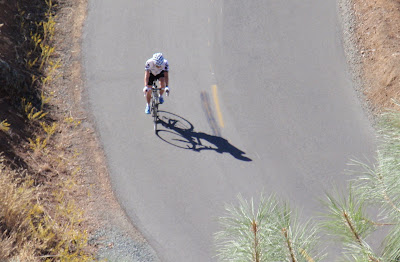 Then Rick came by on Summit Run One and we talked for a while. 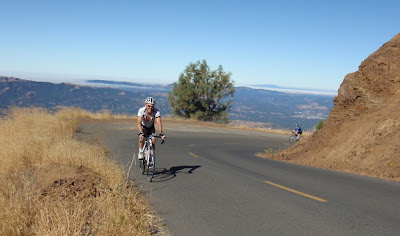 Got behind a train of slow drivers on the way down that were too arrogant to let cyclists pass them - three of us got around anyway and had a fun sprint on the dips - I suspect they didn't know where the line was though.