Still haven't got Winter Wednesday Junctions started - this week The Mountain was closed for high fire danger.  We decided to try again next week.

This morning was COLD!  My fingers were painfully cold for the first hour or so despite wearing my second-warmest pair of cycling gloves.  Also full tights and winter jacket.  By The Ranches though I was already too warm with this attire.

There was a trail running event going on.  The volunteers were really good about safety at places where the trail crossed the road.  Some of them though were still driving up before the event and they displayed imperfect safety skills with winding roads and passing cyclists.

From up high, you could really see the residual smoke in the air from the fires up north.  I think Diablo really dodged a bullet last week. 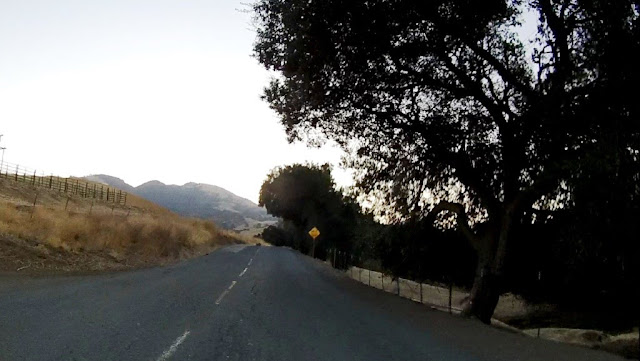 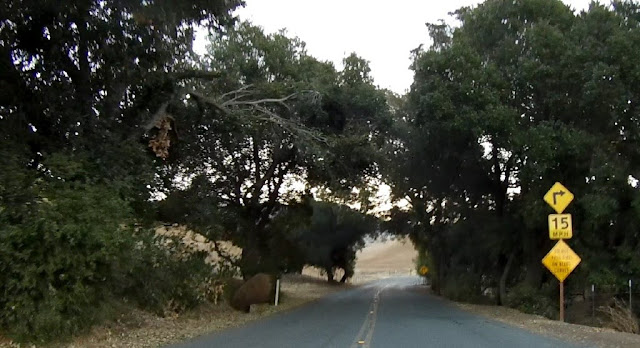 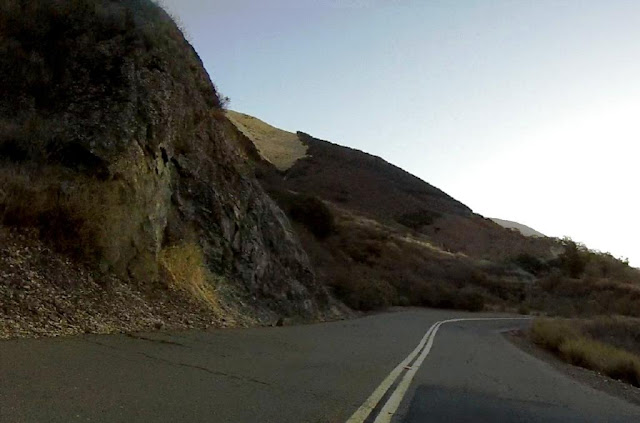 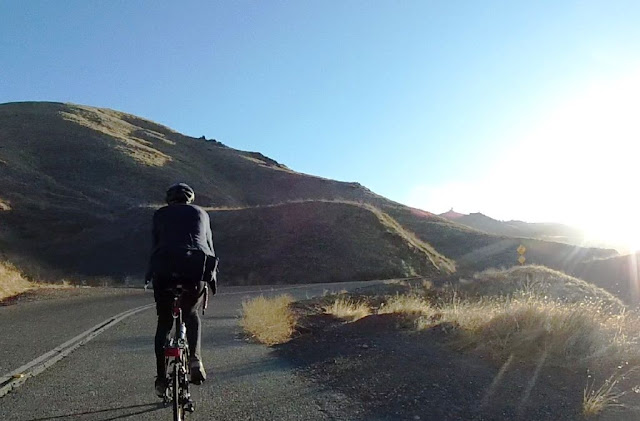 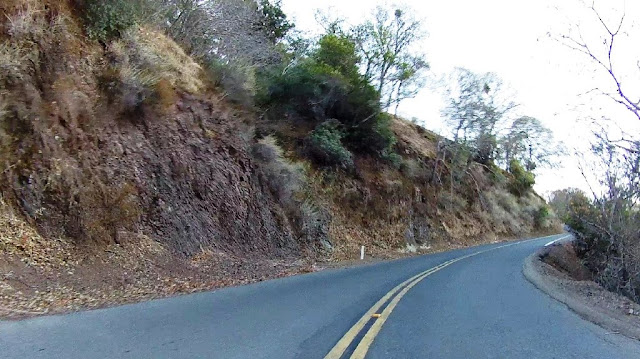 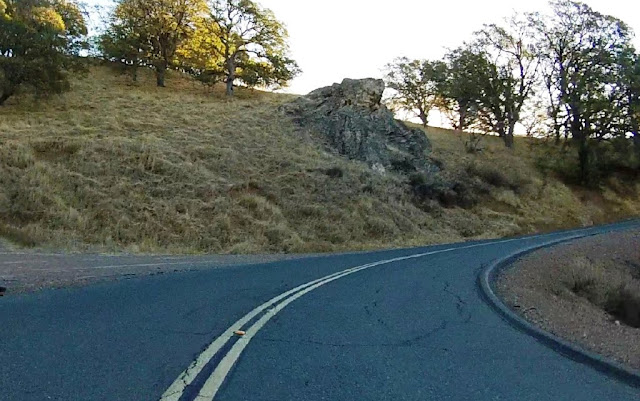 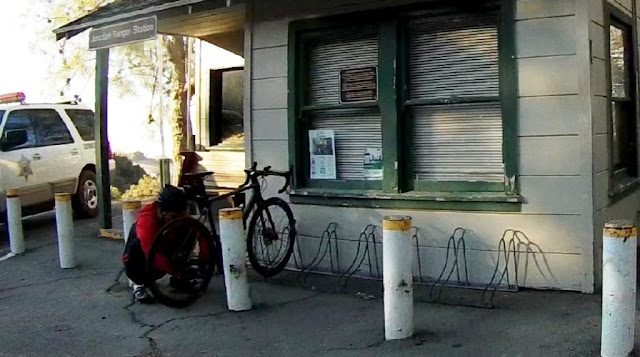 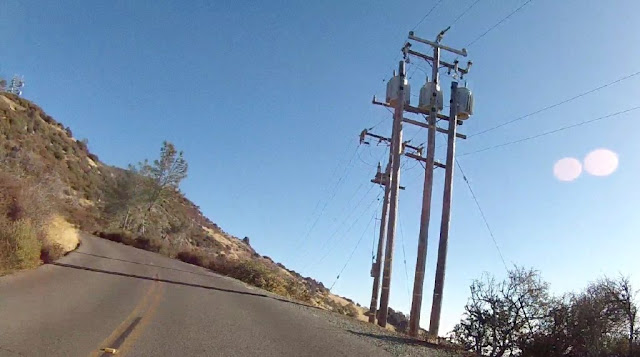 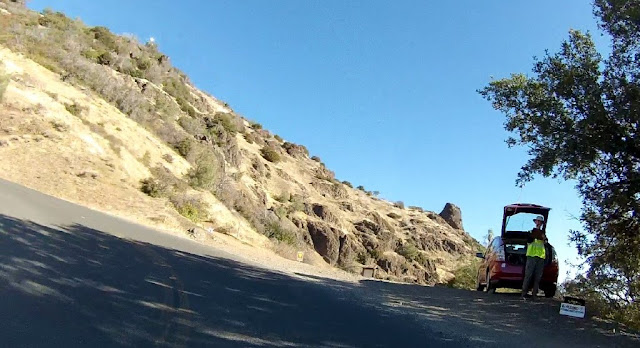 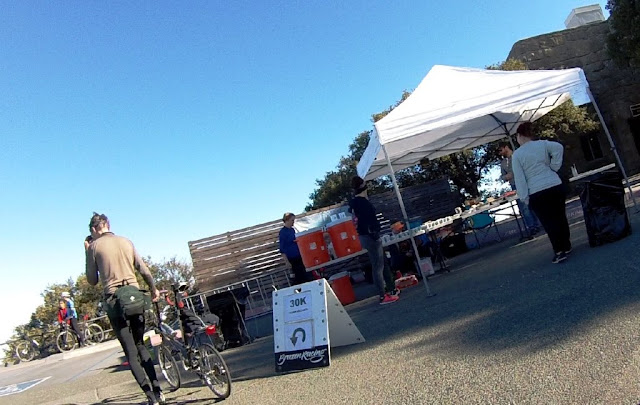 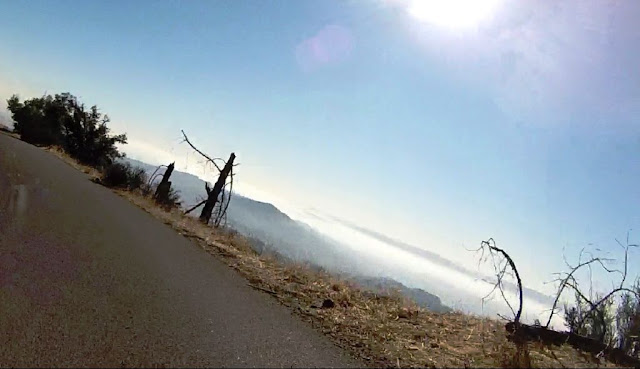 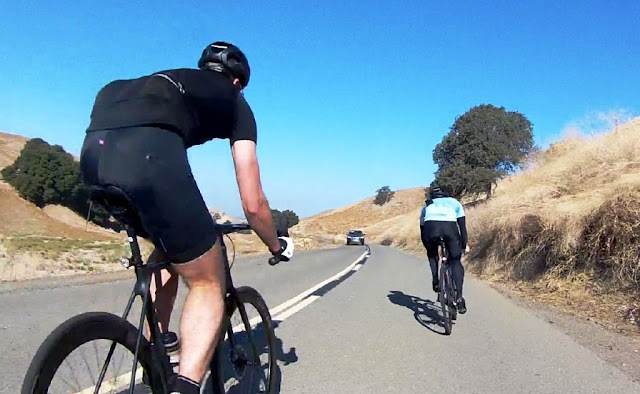