Penultimate ride of DST.
Cold this morning but we're expecting extreme fire danger starting Sunday so things still have a creepy feeling to them. It was clear and a little windy for the first 1000 feet, then cool and foggy until about Blue Oak, then it cleared up and was sunny, but not warm to the Summit.
So last Saturday The Mountain was closed, and I rode on Sunday instead but just to Juniper - first ride of the season on Eddy. After I got home I did a couple adjustments (seat height, derailleur tweak, etc)... today he was dialed in.
Then Wednesday I was out of town on work, so today was my first Summit in TWO WEEKS.
Lots and lots of riders today, of note:
A kid on an electric mountain bike (his dad's), he had the widest handlebars I've ever seen. He said he was using "2 of 5" bars of his battery... he was still pretty fast.
A group of folks with jerseys from an Oakland triathlon club; they seemed to be enjoying the challenge. 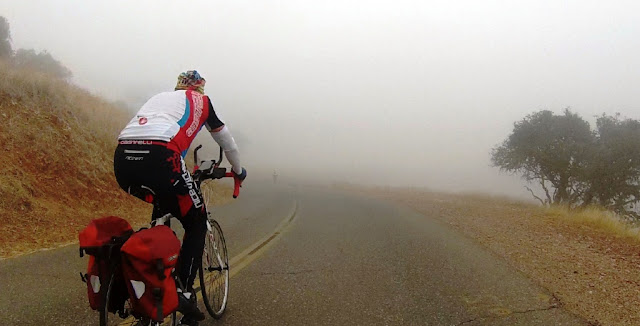 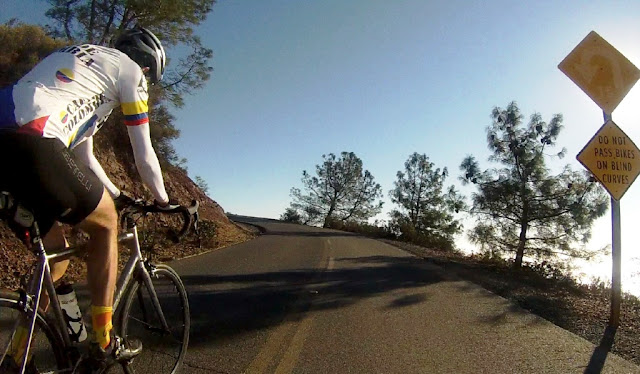 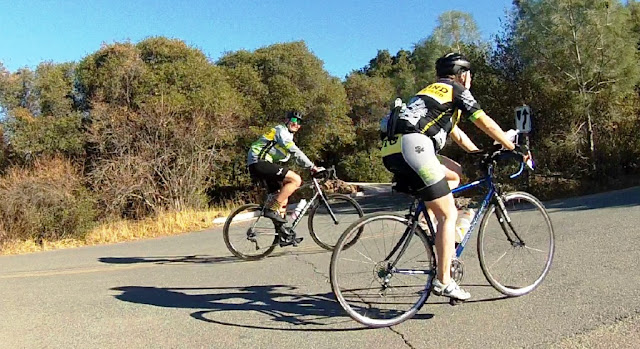 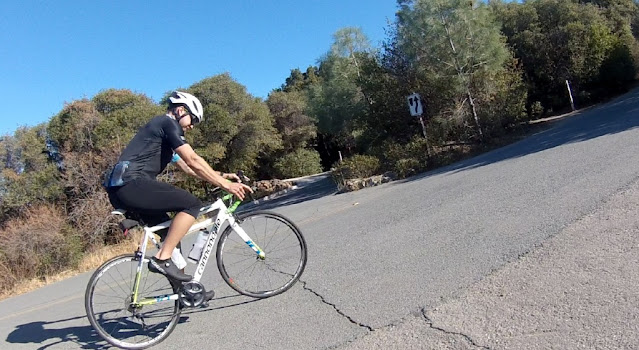