Four days post double-red blood donation. This time, my hematocrit dropped from 43.8 to 38.7 so I ended up a couple percent higher than I did last time. I felt pretty good and was hoping there wouldn’t be much noticeable effect. 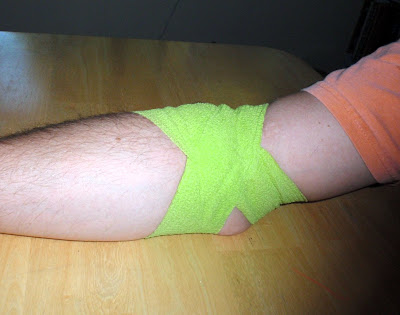 Parked on Doncaster and happened upon old-regular Dan who used to ride with us before changing jobs and moving around. We started off together since JB was a no show. Dan announced that he needed to set a good time as a standard and that he’d be riding frequently from now on so he needed a yardstick to measure his progress. He got about 20 seconds on me when the Gruppo Taleo rode by and I got in their wake and passed up Dan again. Didn’t last long though because my heart rate shot up pretty quickly after the Dumpster Gate and he came back around.

Got my new chain on over the weekend and was very happy to see that my shifting and adjustment problems were completely gone. Since I had to abandon last Wednesday and didn’t ride on Saturday, this was my first good ride in a week and a half.

So by the time I got past the Bump, the wind was strong and I had pushed into my anaerobic range and wasn’t recovering very much and I decided it was my blood’s fault… hope whoever received my donation appreciates that sacrifice! Very strange to be riding up a not too steep grade at 5mph with a pulse of 170. 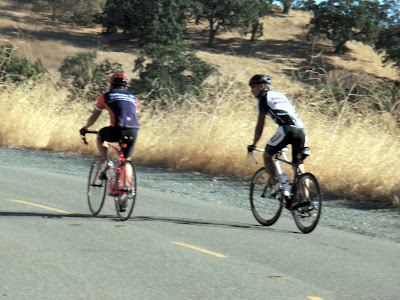 Then a couple guys caught me from behind. One guy was obviously stronger and providing some tips to his buddy who was lagging. So the stronger guy started talking to me and I told him my RBC was down because of donating blood and he said he hadn’t eaten or drunk anything at all since 4 o’clock this morning because of Ramadan which just started today. I decided that was a pretty severe handicap but it didn’t slow him down much; he did high intensity intervals and kept circling back to talk to his buddy in the recovery phase. He was probably pretty hungry by sunset.
Posted by Diablo Scott