JB's back from Hawaii, but his Della Santa is still broken.  He had some story about why he couldn't ride his other two road bikes and today he rode his folding bike.  He usually keeps this one in good shape and lets guests use it so it was ready to go.  Kind of slow though, Junction time was embarrassing.  I did that same thing I did on Wednesday... riding in a big gear, out of the saddle, low cadence... it made the slow pace more tolerable.  Then I took off for the last mile before Summit and passed up a bunch of people who had passed us earlier... that felt awesome.  I'm feeling really good on the bike the last few weeks.

I asked JB if he had thought about replacing or repairing his Della Santa and he said "not too much".  I offered some suggestions on possible new bikes and told him "the more you think ahead of time about your budget, the less likely you are to get the bike you really want."  He said he already had the bike he wants and it was custom made for him by one of the most famous frame builders in the country.  So I expect he'll figure out a way to get it repaired and restored as good as new... but it'll take 5 months or so.

Wildlife Encounter:  one mama deer with a baby at Hotel Road, and a loose cow at Diablo Ranch - see photo below.
Roadkill Report:  snake.

Almost crowded on The Mountain this morning... big groups, small groups, individuals.  They were all smiling though and that made me smile too.  Also there were a few guys kind of talking to themselves, but I couldn't hear the conversation.  Didn't see anybody I knew well, but quite a few of the regulars and semi-regulars.  Started a little cold and windy, then we rode through a fog layer and the sun felt good but it never got warm.  There were wet spots under the tree canopies. 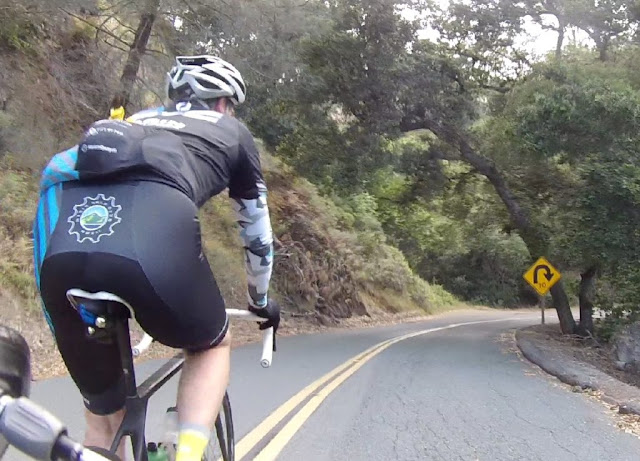 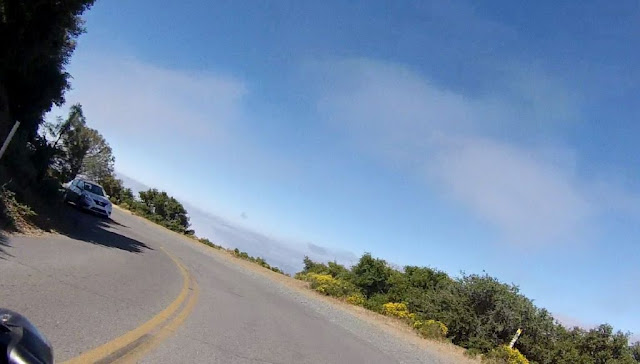 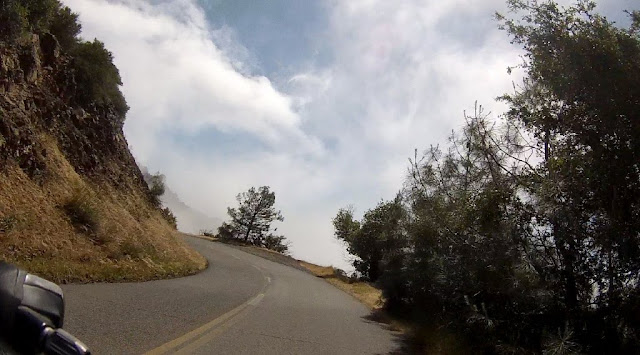 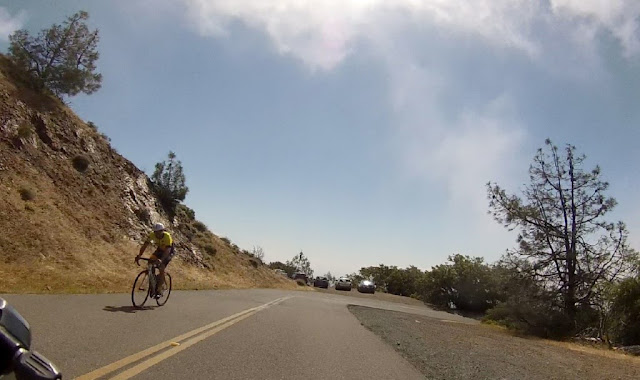 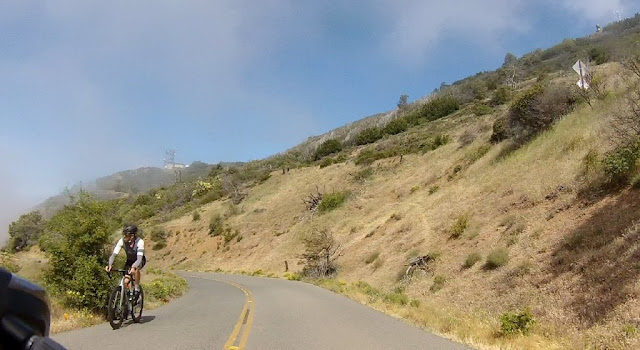 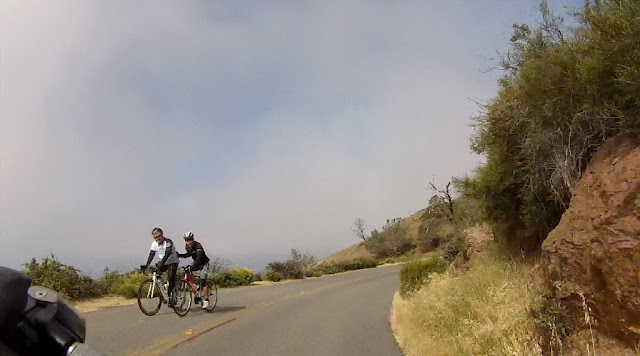 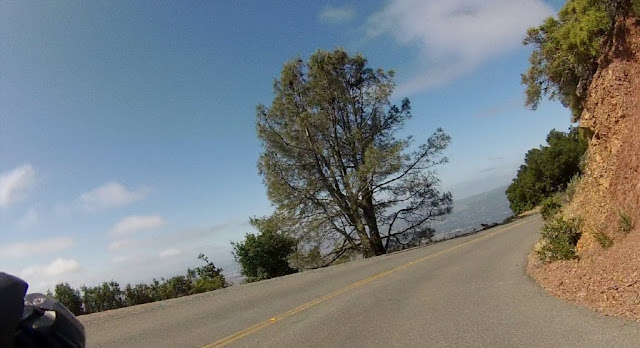 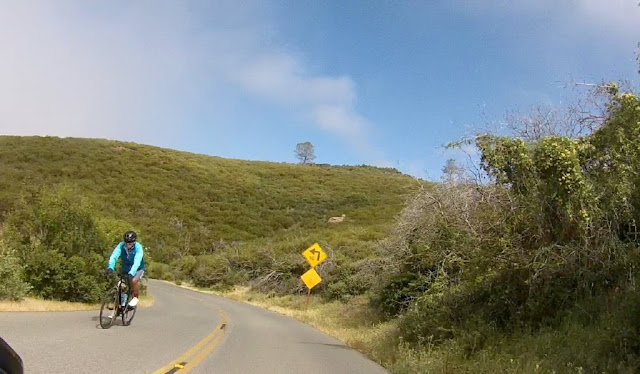 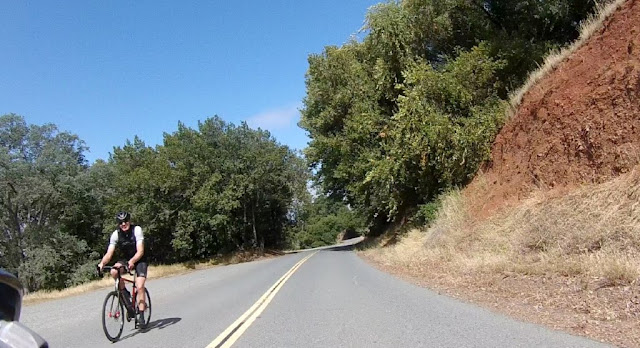 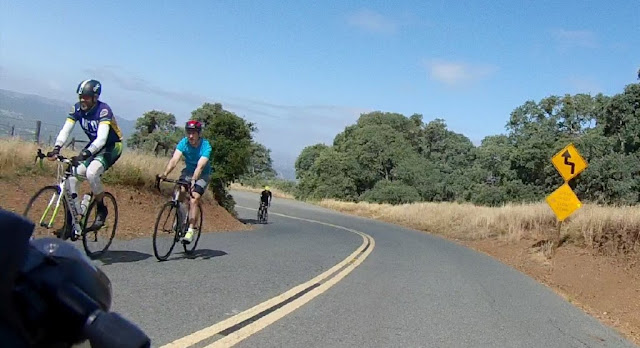