OK!  Had a little extra time so I went for a double Junction.  Figured I could start at 4:00 and be back to The Church before the regular Wednesday Night Ride crowd showed up for the 5:30 start.  Made it with plenty of time to spare.  Then Charlie, Shawn, Justin, Joey, and I started up.  It was hotter and windier the first time up, and my legs were significantly softer the second time up.  50 km and 1200 meters of climbing makes for a good day on the bike.  I had the  DiabloBikeCam mounted on the seat-stay in rear-view mode just to be different.

Nothing at all exciting happened on the first trip up.  I forgot my music speaker so it was also kind of quiet.  I wondered who would be coming for the second trip.  Didn't hang around Junction very long.  Rode back down, got to my truck before anyone else was there, drank another water bottle and ate a ClifBar. Then people started showing up.  Shawn had his music speaker, so that was nice, but my music is better'n his.

Shawn also got a new GPS cycling computer and he said it was giving him too much information - like reporting how much slower he was than other people he was Strava friends with at each segment.

We all started out together but Shawn was feeling his oats and broke away in the first segment.  I hung back with Charlie until we got to The Bump and by then Joey and Justin had also found their own pace and were split up.  Then I gradually caught them all so that was really cool.  Didn't catch Joey until Junction though so he beat my time by about 30 seconds.  My elapsed Junction times were almost the same for the first and second times up.

Diablo Shoutout to Punkin Jay who was coming down from The Summit with his buddy Dave.  They stopped to talk for a while and Jay took my photo.

Then I was tired and made a relaxed descent. 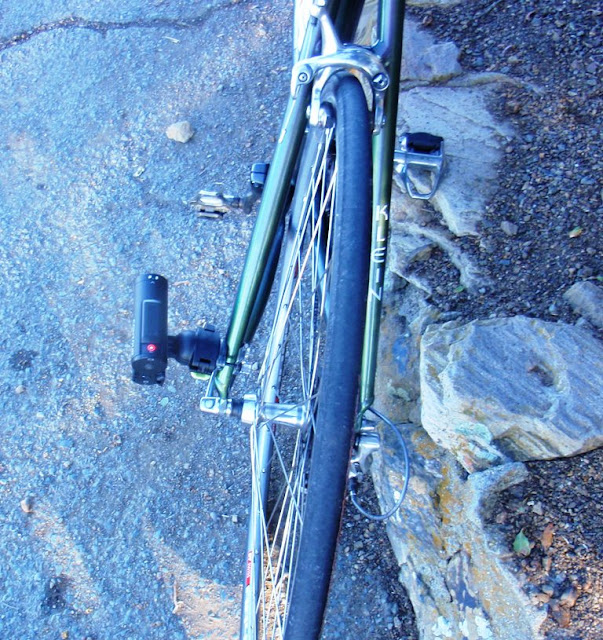 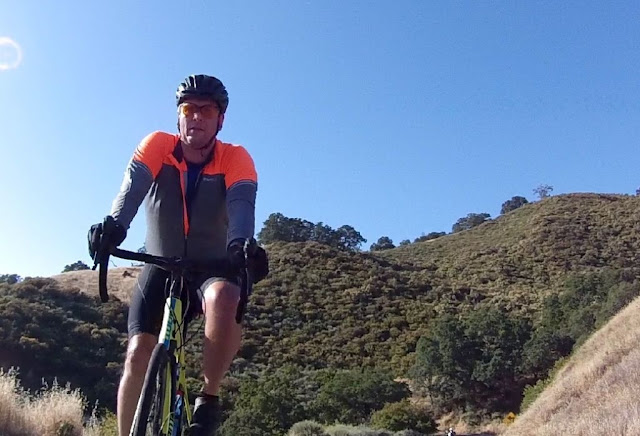 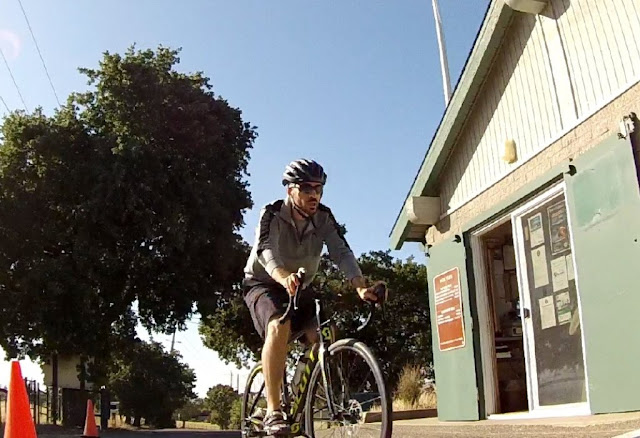 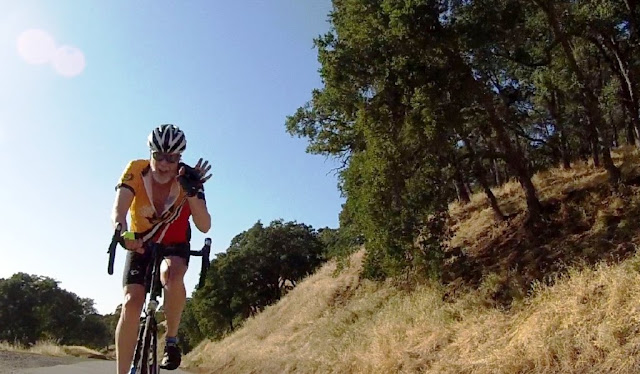 Oh and Shawn is doing RideAtaxia this weekend and he's way behind in fundraising - here's his donation page if you're feeling charitable for this really good cause:  Welcome to Shawn O'Leary's Ride Ataxia Page! : - )
Posted by Diablo Scott

Nice post, Scott. Thanks for the photo credit! I did not know that was your second Junction ride of the day. Nice effort!