Charlie went early. JB went late. I was in the middle. 10:30 at The Gate is a real nice start time.

Great weather too. I had visions of doing an easy ride to Junction, and then going down SGR for a PB attempt Kiosk to Junction. I checked Strava before leaving... 17m18s, that sounded fast, but there's a bunch of my Strava friends with better times than that who have no business being faster than me.

A couple days ago, Blog-Reader Midland rode by the Diablo Homestead when I happened to be out washing the atmospheric ashes off my truck, and he asked how come Strava rated my last ride as so difficult when it seemed like a normal Saturday Morning Summit. Since he had a heart rate monitor that Strava uses as a gauge for suffer score, he didn't realize the rest of us just have a little self-evaluation button, and I guess I over-stated my effort!

So up NGR and I felt good, but started to feel not up to a PB attempt and started thinking instead about a 10 Minutes of Summit Road Challenge... been a while since I tried that one. That's strictly a personal challenge too, because Strava doesn't have timed challenges for distance, only distance challenges for time.

I pulled over at a wide spot to let a huge truck go by, and then a little bit farther up I saw that they were putting in a bike turnout at Clavicle Cracker!  All right, things are happening now! 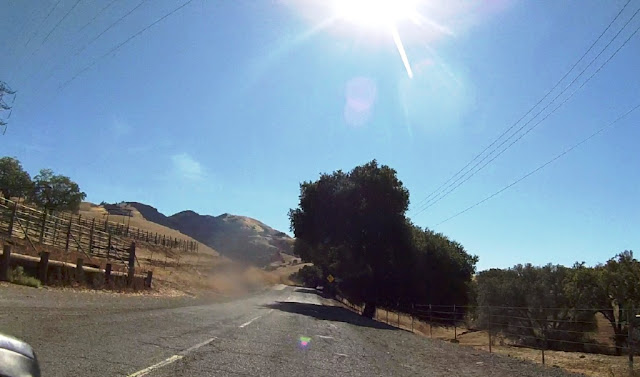 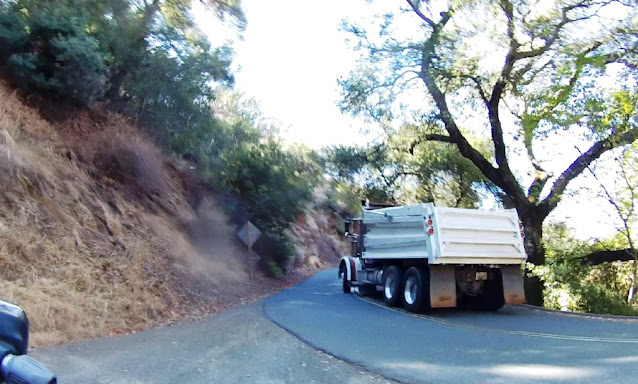 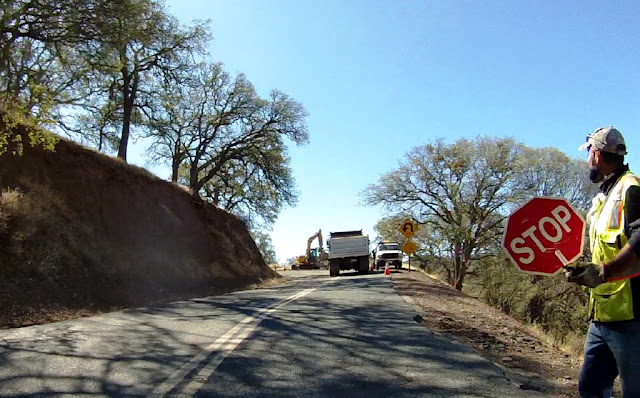 At Junction I recovered a little and decided to go for the 10-minute challenge.  SCORE! Made it to Blue Oak, beat my previous record of Toyon, not sure it's possible to make the Rick Roll. 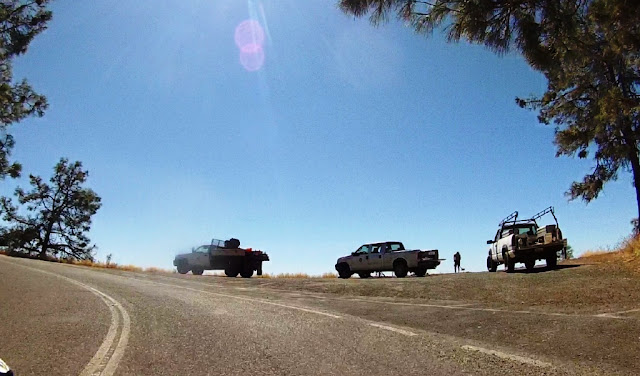 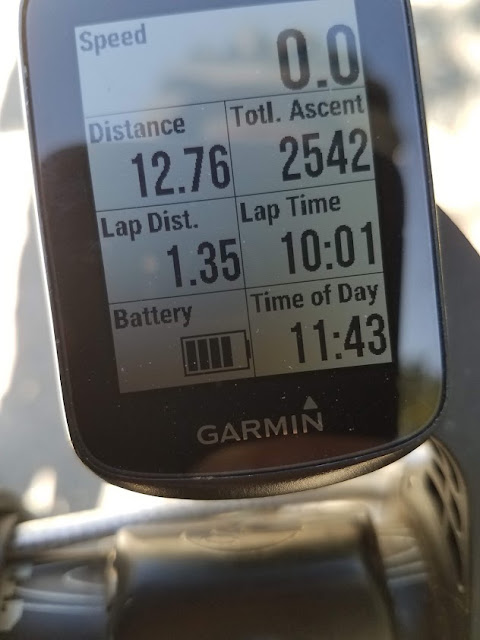 Then I recovered a little and decided I'd do the Kiosk to Junction thing without going for a PB. But when I got to the Kiosk, a guy on an electric bike was coming up so I thought maybe I'll see if I can just keep up with him. That worked until the easy section when I decided to pass him and then try to stay in front.  He caught back up to me just before Junction, and I got my 2nd best time in the Segment Trophy. 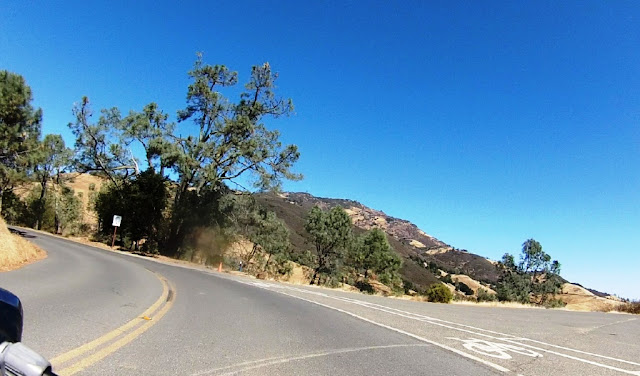 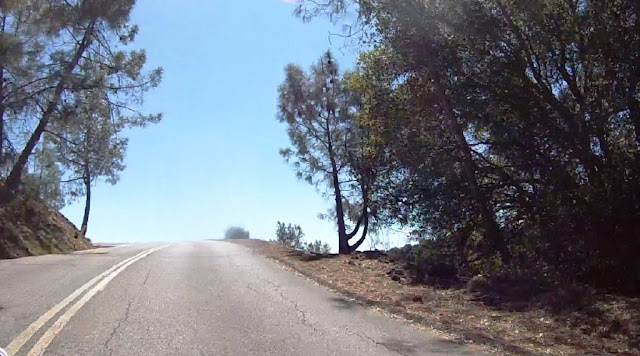 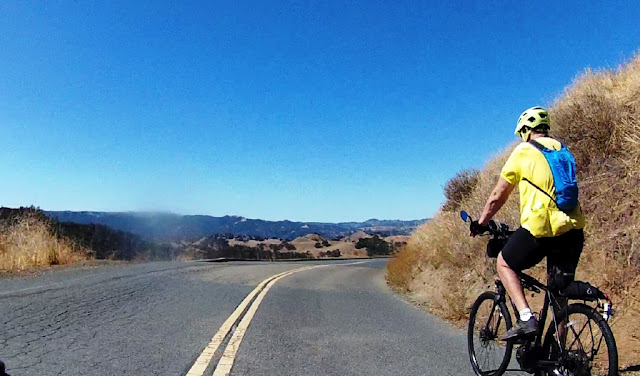 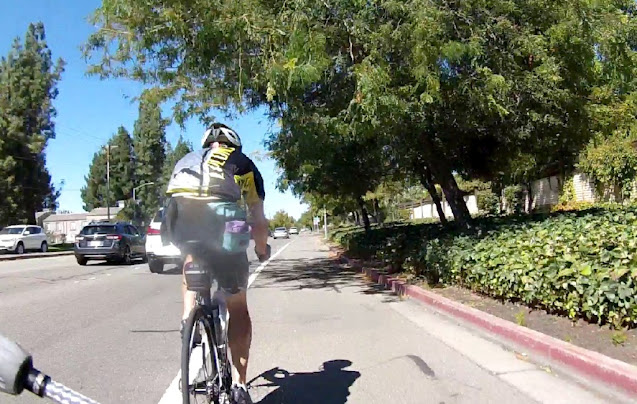