Rolled out at 7:30 from home and it was as cold as it gets, but I knew it would get into the upper not-so-colds in a couple hours so I didn't overdress.  The sun was right in my eyes for a lot of the ride, and the photos don't turn out so well in that condition.

It was very quiet for the first hour or so - we figured everybody was hunkering down in preparation for the required pandemic hunkering on Monday. There were a lot more people by 9am though, so I guess people just were waiting until things warmed up some.

Beautiful blue skies up higher, but we could see a lot of smoky fog at city-level... we remarked about spare the air days and then we came around the corner to Diablo Ranch and they were having a big bon-fire! Didn't seem very sensible.

At Junction we heard the unmistakable sound of a wood chipper and wondered about that because usually The Park just hauls dead trees over the edge of the road and down the ditch. Turns out it was the Ranger House on Hotel Road (across from Sunset Picnic Area). Apparently there's a budget to chip trees at the residences, but not in the public areas. 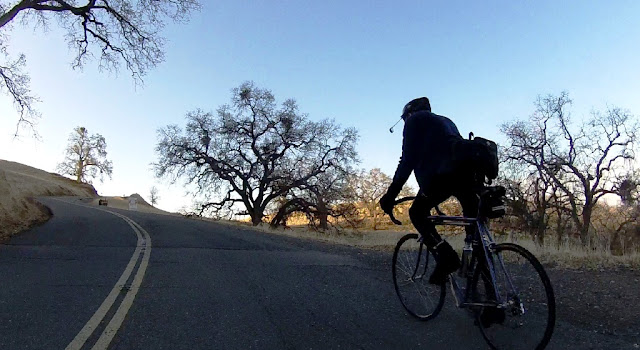 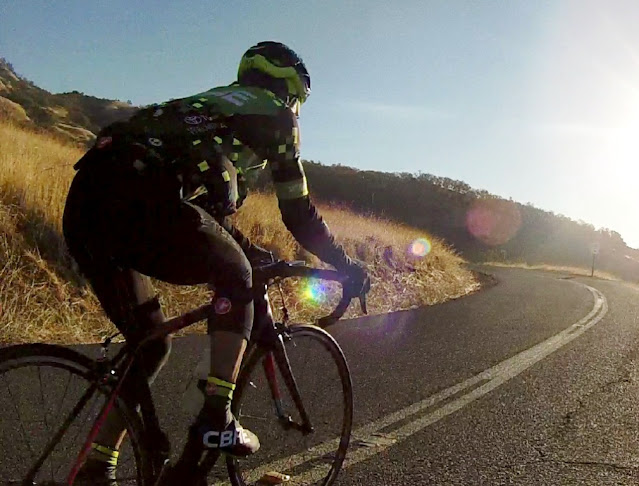 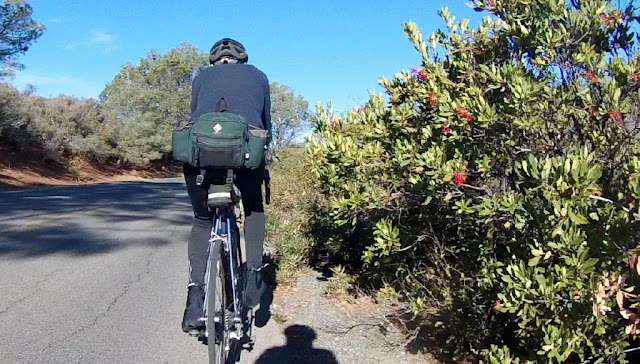 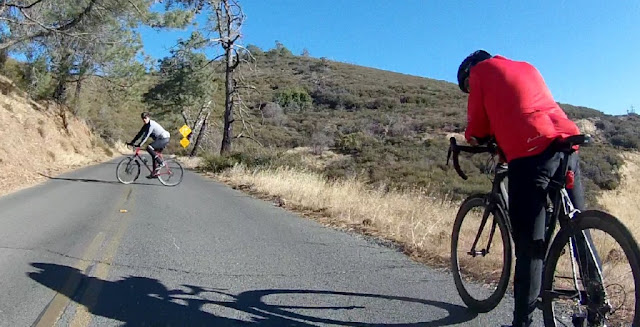 I told this guy it was a shame that he couldn't wait until JB and I passed him
BEFORE he bonked because now the whole world will see his bonk on my blog... as if he weren't embarrassed enough already. 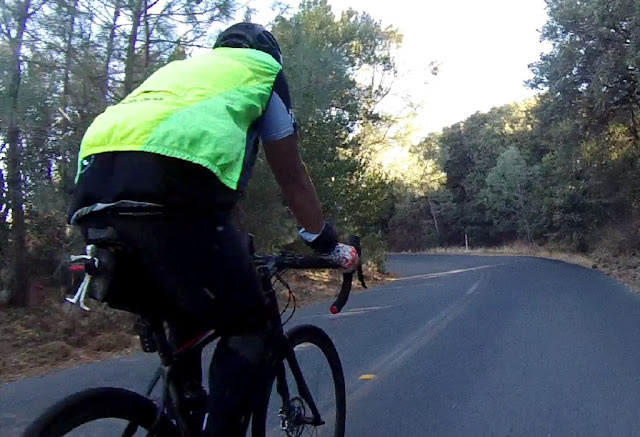 This guy had some kind of robot skeleton or something strapped to his saddle pack...
I love the little personal touches people add to their bikes. 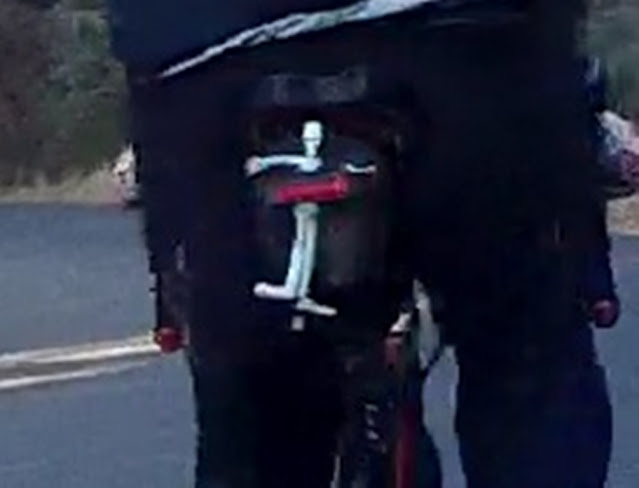 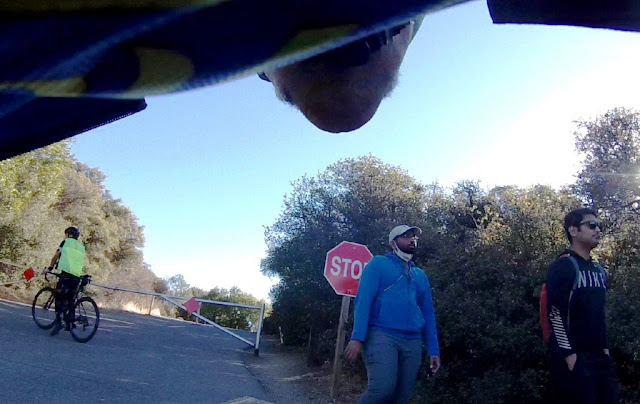 Finally, we're coming up on a new year, when all kinds of  people will make ambitious fitness and athletic goals. But we're not there yet. We're at the time when a very few people are pushing themselves hard to actually accomplish their ambitious goals before the current year comes to an end. Chapeau to these two Diablo Celebrities for being in the latter group. Good legs to you both... I'll be watching. 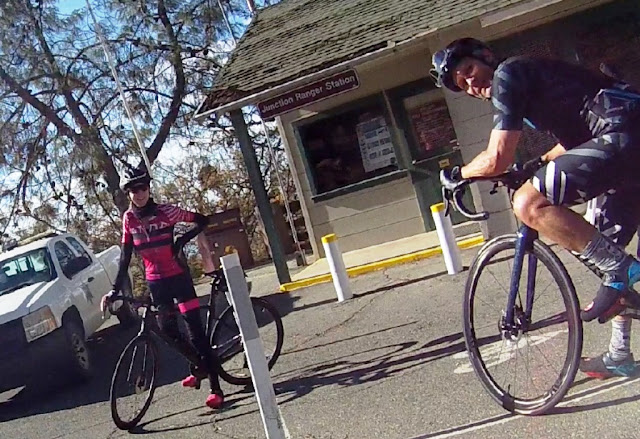 I did not know I’m a celebrity


@Bernie: Anybody with more Strava followers than me, is by very definition a celebrity.