Rained overnight. JB wanted a later start. I got there early and did some Bump repeats.

Big dark cloud over The Summit. The road was wet but the air wasn't.

There's definitely a feel of hanging on while the world puts itself back together - preparing for the reboot.

Diablo Wife got me a new Garmin smart watch for Xmas so I was paying a lot of attention to all the data it was giving me. Here's what happens when you record a ride on both a GPS bike computer and a GPS watch:  you get two Strava activities, it says (eg) DiabloScott rode with DiabloScott; the two activities are more or less the same but in my case the watch included heart rate data and the bike computer didn't. Then of course you have to delete one of the two. I keep my Strava activities private by default, then make them public after I edit them for name and photos and such. That way, my fans will only see one and I'll never have to delete a kudo or a comment. After I get a little more confidence with the watch, I'll just stop uploading the ride from my bike computer in the first place. 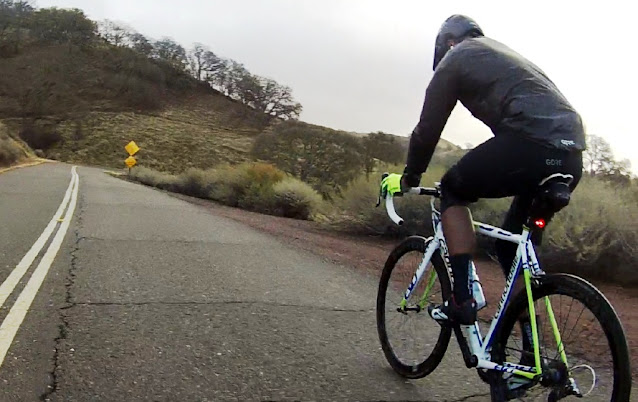 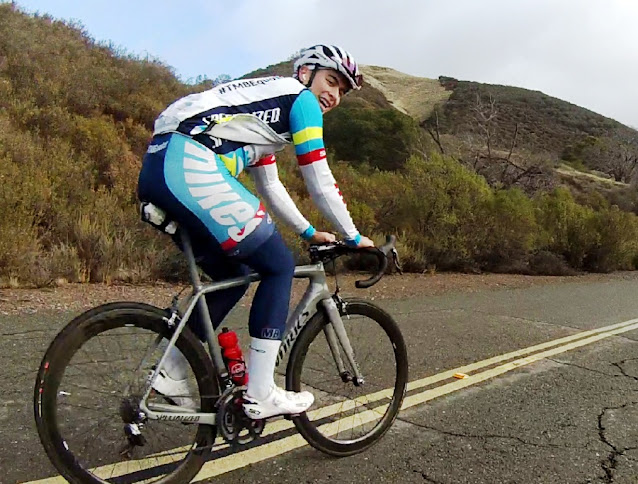 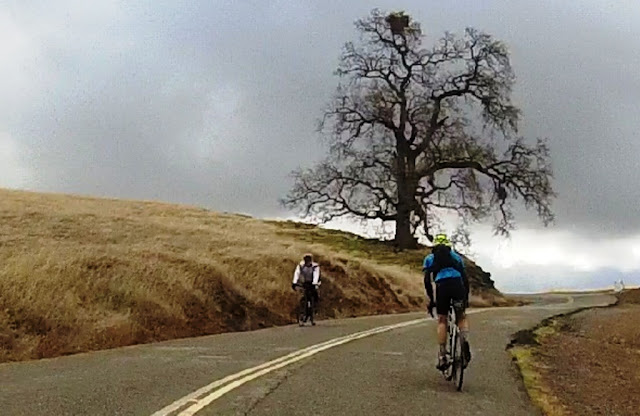 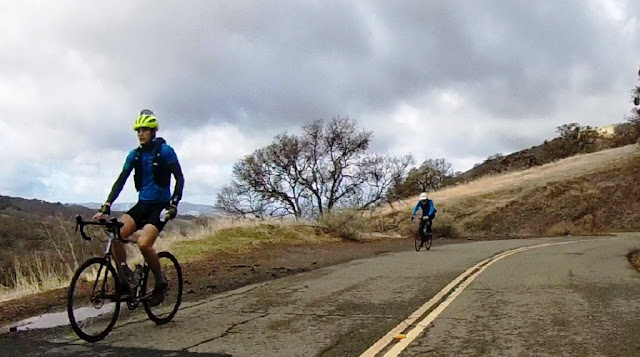 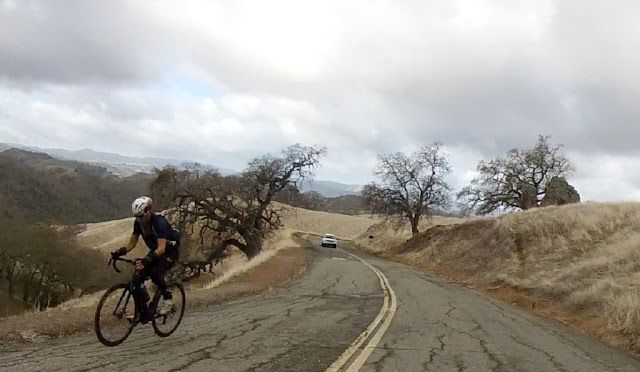 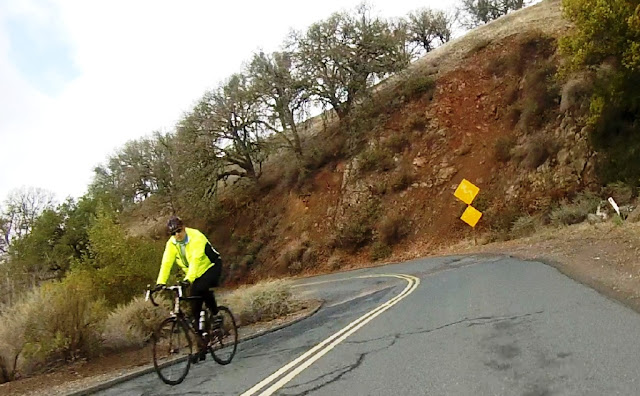 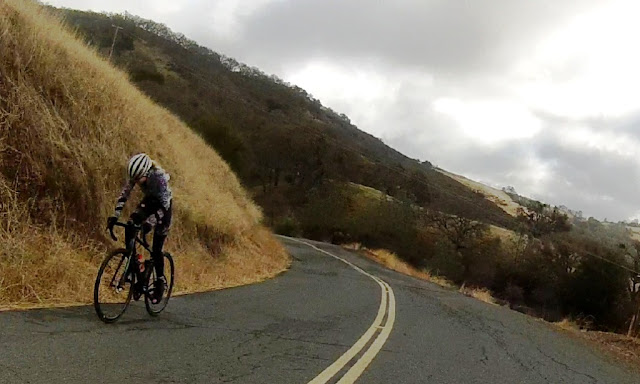 Five times up The Bump today, in my quest to become the Legend of The Bump. Since they use a 90-day rolling timespan, my older rides will go away - I might do 5 bumps and my count only goes up 4. But everybody else's will too - so maybe those 8 guys ahead of me will take it easy for a while... while the world puts itself back together... and I'll be the Legend earlier than expected... I'll be ready. 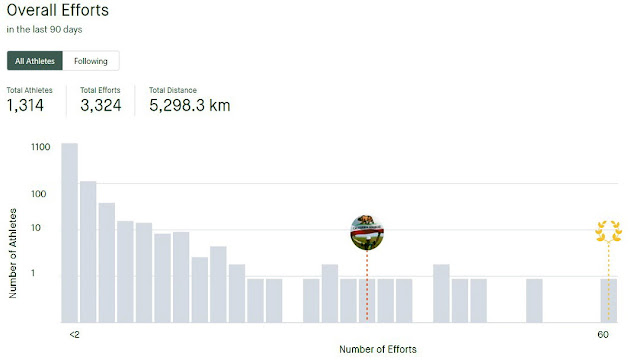