Charlie wanted to do the Wednesday ride on Thursday, so I said I'd do both. Today was all by myself.

Kind of windy, but mostly enjoyable.

I've written before about all the accomplishments my Strava friends are achieving for the year - amazing elevation gains, impressive mileages.  Then I saw that blog reader Bernie was the Local Legend for The Bump segment with 61 completions in the last 90 days.  Then I had the idea that that would be a good objective for me - in fact I could really smash it.  Not exactly a premier league trophy, but kind of fun and it sounds like something I would do.  Lots of top riders do repeats up The Wall, and kudos to them... but what kind of nutjob does repeats up The Bump?  I determined to crown myself the Local Legend of The Bump.  So while I was ascending Northgate Road, I was thinking about how many Bumps I'd have to do in 90 days and then I remembered that the December Solstice was just a few days ago... so 90 days would put us right about the March Equinox.  I hatched a modification to my plan and here it is:

I also don't want to interfere too much with my normal Saturday Morning and Wednesday rides, so that would mean doing some Bump repeats on every ride after the normal ride, and maybe a few rides where I just do Bump repeats on other days. 100 rides in 90 days is about 8 Bumps per week. As a test of my plan, I decided to do three Bump repeats after Junction today. And then I did it.  OK, from now on, more of the same. 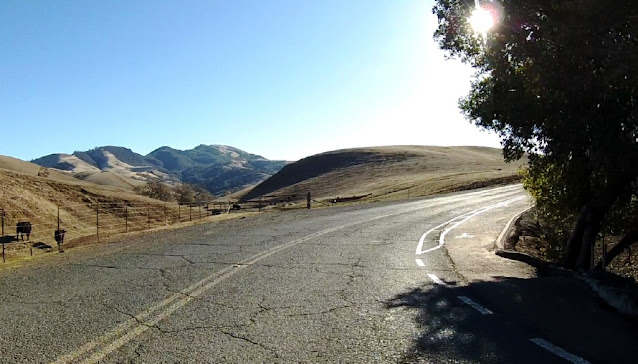 Good luck Scott. That's a tough climb and if you can do 100 you deserve the title.