My third year as a volunteer! Dear daughter came with me too. My job was to load the riders' backpacks and gear and drive it all to the Summit before the race.

Got up way too early this morning, got to the start at 5:30 and dinked around for half an hour before there was anything to do. As always, there was a last minute clusterfork and some people's stuff didn't make it... but it wasn't my fault... I was COMPLETELY loaded. There were guys stuffing arm warmers and stuff into the truck bed up until the last second, even as I starting driving. 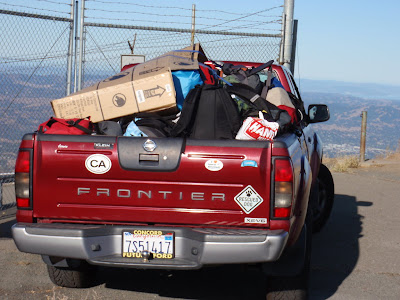 The winning breakaway of four riders came through at 9:15 and a guy in a Cal jersey attacked them at the bottom of the wall and won the race. It was a little too cold and windy for a record pace but 153 men and 5 women broke the 60-minute barrier. 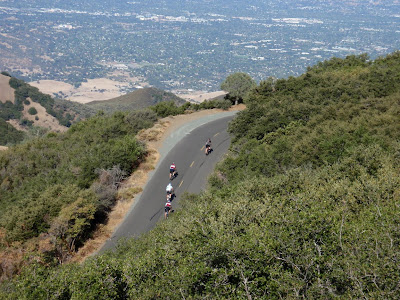 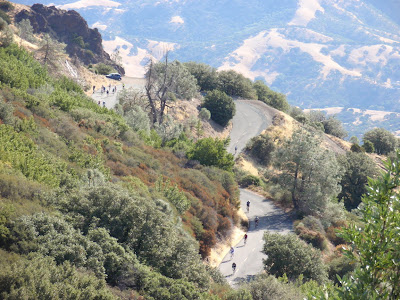 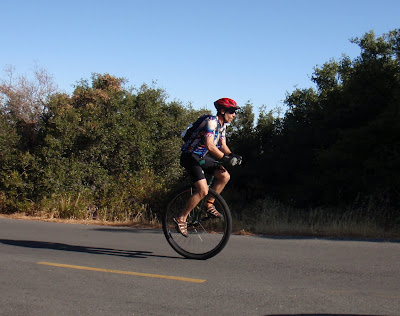 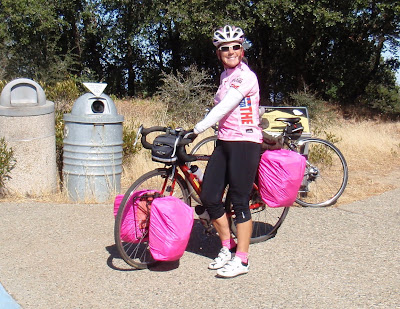 
Blog reader Chris was the official photographer and rode the pace car on the way up. He got some great shots including the one below of Rick at the finish line draped over his bars, verge of spewing. Lots more good ones at this link SLIDESHOW. Rick's been trying to break an hour in this race since before I met him (12 years ago maybe?) and this year he finally did it. Awesome job buddy.


So my daughter and I watched the first 100 or so riders finish, then we walked around and ate the cookies, bananas, and ClifBars that were being offered. We talked to a few people that we knew and helped riders find their bags. It was a good time and she wants to help again next year too.


1. Number of backpack drivers: There were three vehicles for ~1,000 backpacks: my truck, the Dublin Cyclery truck (half full of other stuff), and a PRIUS! People pay a lot of money for this ride and they should be able to expect that their stuff makes it to the top; two whole boxes of stuff didn't make it to the top because the organizers didn't have enough volunteer vehicles. They need at least three dedicated trucks; no excuses.
2. Volunteer communication: The check in people were telling the riders they had to put their stuff in the boxes that were marked with their starting wave - all the stuff went in the same trucks and to the same place at the same time... it didn't make any difference what box their stuff went into but it would have helped a lot if they put their backpacks in the boxes closer to the front so we didn't have to carry it so far. There's no reason for any boxes to be back farther than 50 feet from the starting line.
3. Distance: SMD has been saying for the last 20 years that this ride is 10.8 miles; they're WRONG. It's 11.3 miles and they should know this. My 18 years of riding experience on this Mountain, everyone I've ever talked to, and even Google Maps attest to this fact. They have timing chips that record to the tenth of a second but they're off by half a mile on the distance and that's just ridiculous. I don't care why they're wrong but they should start doing it right; they also calculate average speed based on this incorrect distance so the results page is wrong in this regard. 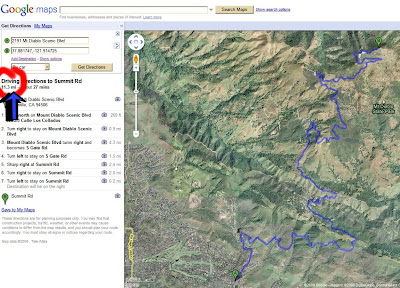 Seemed like a good day to make a video:

Hi Scott,
I am a teammate of Rick's and a fan of your blog. I was so glad Rick smashed the hour barrier, he's been training hard and getting stronger and stronger the whole year.

Special thanks to you and your daughter for overloading your truck with warm clothes. My stuff made it to the top and I was still freezing.

Keep the cool ride stories and pictures coming during the Fall/Winter. I'll look for you on the Mountain, I usually ride it at least 3 days per week. I have a chrome/bronze/carbon Wilier Le Roi.