Started off solo, JB was late. 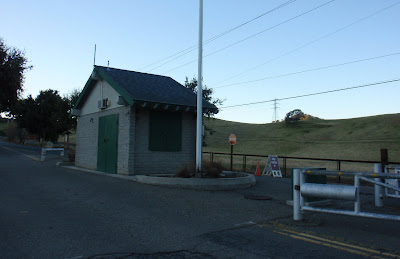 I guess the kiosk ranger was also late. 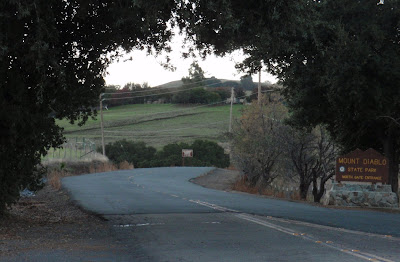 I almost signed up for the Cruella Century today. I know a couple of the women on the Links for Life team and a bunch of folks from my Club Sport team are doing it... but it was $70, a small field, and the post-ride meal was hosted by Lawrence Meat Company (I'm vegetarian). Also I had a lot of stuff to do at home. But the ride came up the Easy Side as the first part of the course and I got to see all of them coming over. 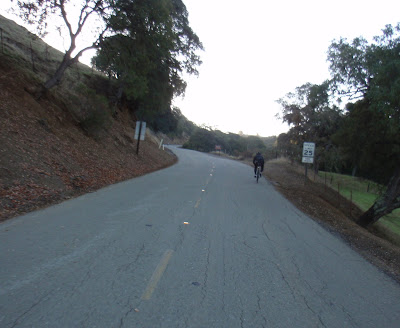 So right about the Dumpster Gate this guy on a triathlete bike passes me pretty quick. He was obviously pretty good but something about him didn't quite seem legit. When he was a couple hundred meters in front of me he stuffed up a shift and couldn't get his chain to settle anywhere... he lost momentum and was almost stopped when I came around him and then he made some kind of excuse. A few minutes later he passed me back again, but after the Bump, he was pulled over on the shoulder playing with his Crackberry... looked like another excuse to me.

After Chainbuster I see a guy closing in on me and I decided that resistance would be futile. I expected him to blow by but it was blog reader Rozel who slowed down to tell me JB was a few minutes back. Then we decided to sprint and he nipped me by about ten bike lengths. I told him to make it look like he was cooked after that effort for the photo. 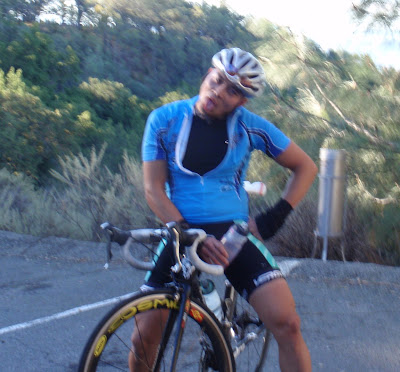 Unfortunately I think I photographed him in LANDSCAPE mode or something so it's a blurry shot. He's a photographer so this mistake is especially embarassing. Sorry kaibigan ko. 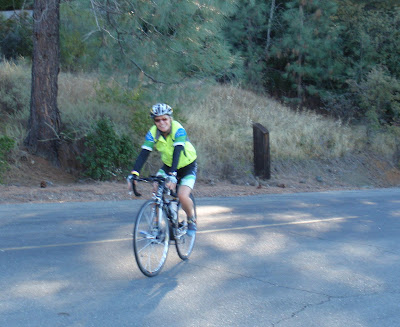 I waited around for the last of the Team Club Sport folks to make it up SGR, then JB and I went down toward Blackhawk. Also talked to one guy who showed us the route map and I didn't realize the full century came BACK over the Mountain at the end of the ride... kind of a neat route. I'll probably do it next year. 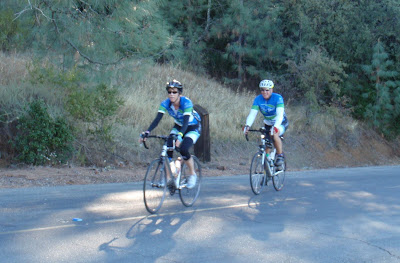 Roadkill Observation: raccoon on Blackhawk Road, just inside the bike lane - I rode by real close to it because I didn't want a car to pass right there and run over it and spew raccoon guts over me.

We took the Iron Horse Trail up to Danville - sure is nice in there... long stretches with no street crossings.

diablo scott,
thanks for the pics.. no worry.. and thanks for playing with me..

btw that was a nice weather..