Cold morning turned warm pretty fast for some beautiful riding on a beautiful mountain.
Creek beds and such are all dried up though. Tarantulas are out. Gusty winds were observed.  Autumn equinox is Monday - summer is surrendering.

JB will be absent for the Wednesday Night Ride and also next Saturday.  He called about his frame repair and Ed Litton told him the repair is done and now he needs a couple weeks for painting.  That sounded like a long time until he described the kind of 20-step painting detail scheme that guys who commission custom bikes insist on... multiple primers, multiple color coats, multiple clear coats, wet sanding, decals... it should be beautiful.

At Junction I was happy to see Linda K who isn't a Saturday regular but was getting in some extra elevation because she's not satisfied until she has four times the vertical as everybody else.  I also met her friend James and we hit it off with lots of small talk topics.
I think this Cal Jersey has made the blog before... might be some kind of professional photo-bomber.

Sal had this cool Garmin rear blinkie thing that also acted like a rear-view mirror on his computer head somehow. 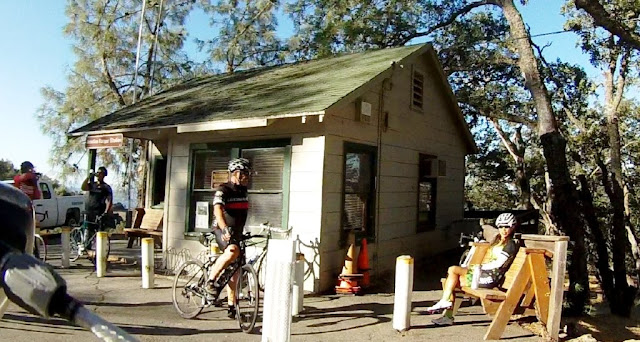 I gotta get better at checking the sun position before I do these rolling selfies. 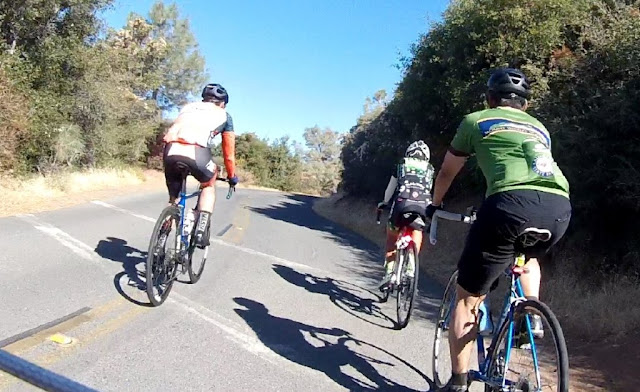 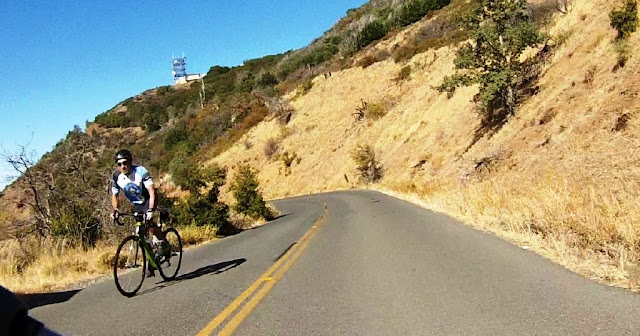 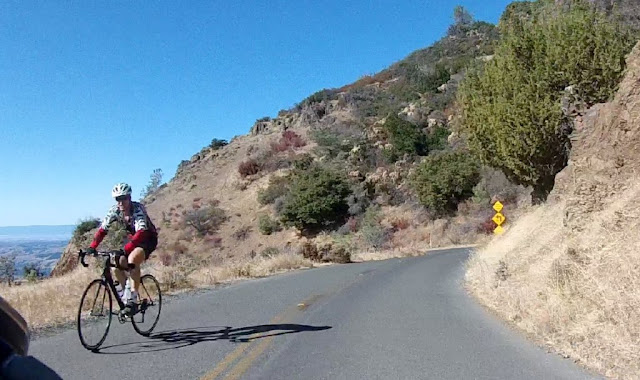 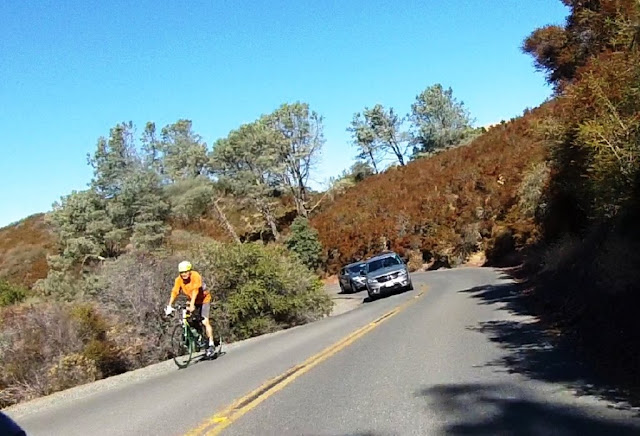 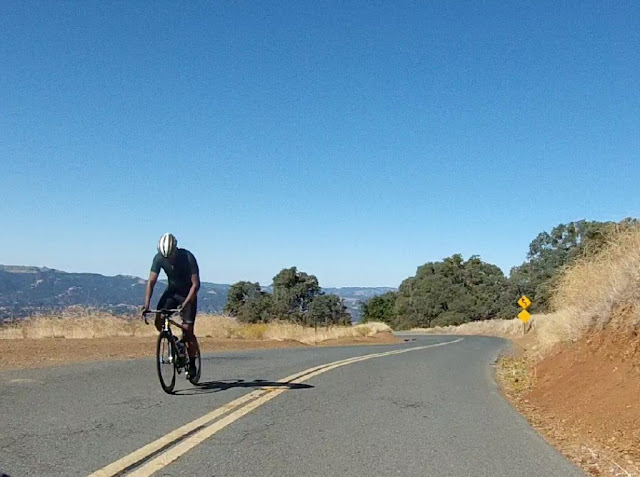 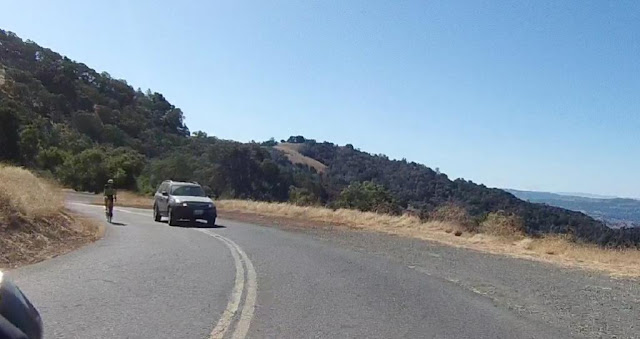 Home in time to take the family to San Francisco for a late-summer day on the beach.