If you're not in there, and want to be... or if you're in there but you want a better photo... (especially if you want a selfie with me!) then come do a Saturday Morning Ride and meet me at the Junction or Summit, and I'll take care of the rest.

JB's out of town, so again I wanted to do something a little different.  Today it will be to take it easy up to Juniper, and then try for a Juniper - Summit Strava PR.

I've been watching my rear tire to see if I need to change it before Foxy's next month, and I realized a good idea would be to make *sure* I wear it out and *have* to change it.  Probably a couple more weeks of hard riding..

Coldest morning of the season so far - perfect for my new long-sleeved jersey that was on sale for *cheap* at Sports Basement.  I took it pretty easy to begin with, thinking I wouldn't stop at Junction but when I got there I had to pee so I stopped just long enough and when I was coming up the steps I heard some guys speaking Russian, so I said Zdravstvuyte!, (howdy).  They chuckled so I figured they knew I was a Yankee who just knew a few Russian words, but then one of them started talking back to me in Russian and then I knew that I had at least fooled them a little bit.  Turns out one guy was a local and the other was visiting and they were stopping at Junction so I bid them dosvedanya.

Above Junction it got pretty windy and I was preparing for my PR attempt so still riding slowly but working harder than I was expecting.  Hadn't seen that many riders by now either - more cars than usual but not bad.  Started to get a mite warmer by Juniper but the wind was not letting up.  I stopped to eat my ClifBar and estimate how much iced tea I should drink for the perfect hydration level.  A minivan coming down from Summit pulled into the parking lot and a guy got out to talk to me.  His name is Raymond and he had just moved his family to Walnut Creek from Korea and he asked me if my bicycle were electric - I told him no I am the motor and slapped my thighs.  Then two cute kids in baseball uniforms got out and then the mom and they asked me about the Golden Gate Bridge and other things that new folks are interested in and then they asked me to take their photo with the dad's phone which had a Korean operating system loaded on it.  I really like being the kind of guy that people find approachable to ask questions and ask for photos.  I should've done a selfie with them too but at least the Klein-Kam was pointed in the same direction.  I welcomed them to the area and told them to come back to Diablo when the weather is better and they'd be able to see the GGB from here.

OK, showtime - I got up to speed before that sharp turn where the segment begins and suddenly I had a tailwind so I put my head down and put my chain in the big ring and cranked.  The tailwind turned to a headwind after Devil's Elbow so I tried to just be efficient and aero but my split time looked pretty good.  I wanted to keep just enough gas in the tank to do The Wall without stopping for a break at the bottom like I usually do.
¡Exito! - 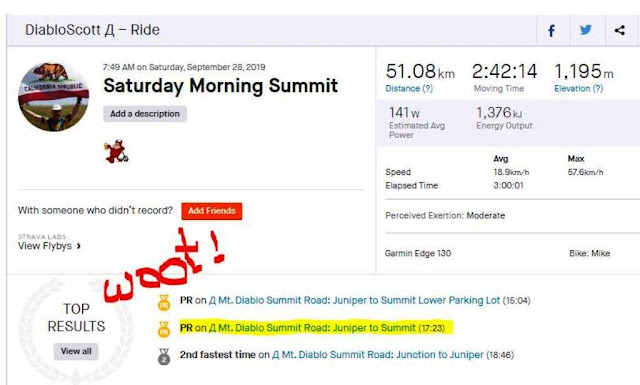 At Summit I met John from Indiana who was here with his wife for a wedding.  He had rented bikes from Encina (gave them a good recommendation). They did Hamilton yesterday and Diablo today. 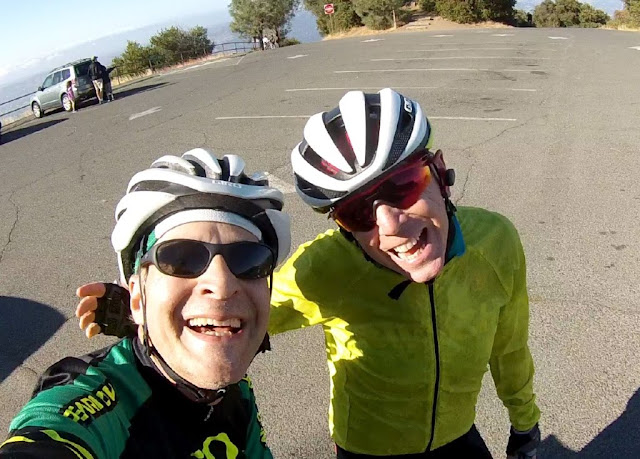 John came all the way from Indiana to do a selfie with me. 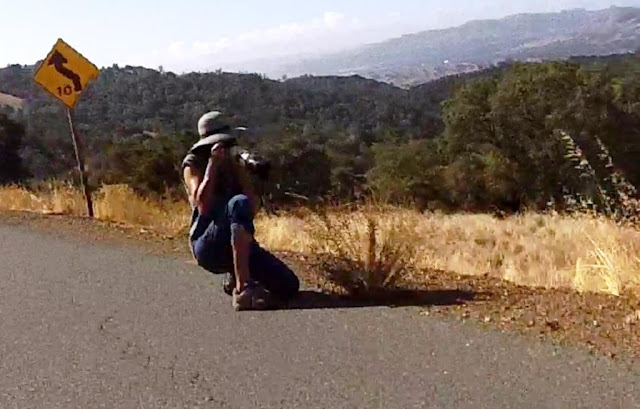 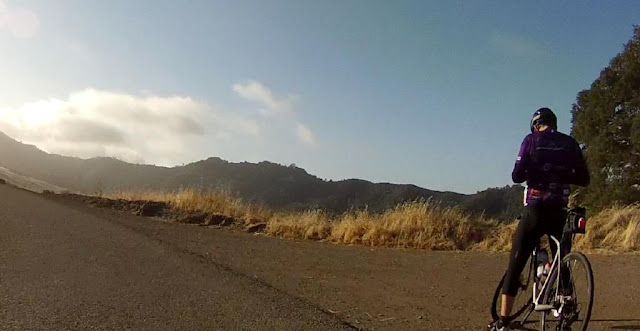 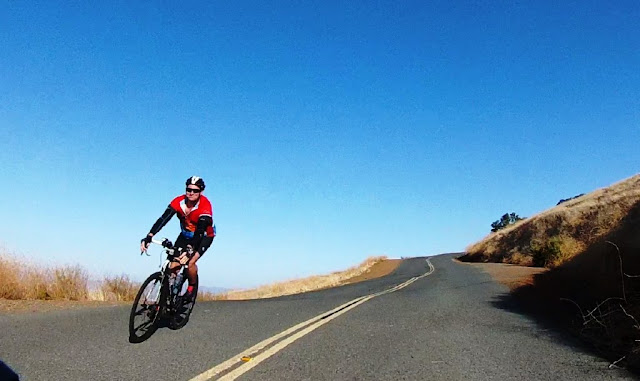 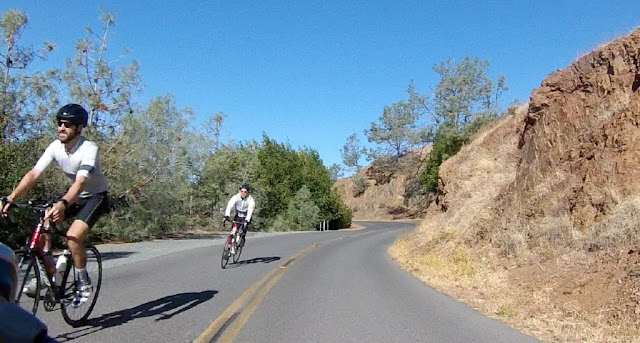 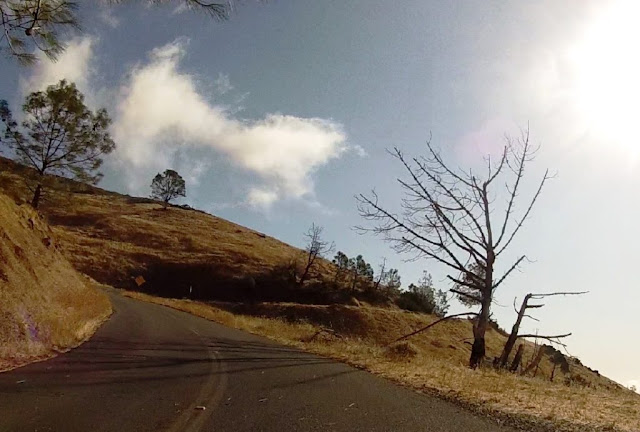 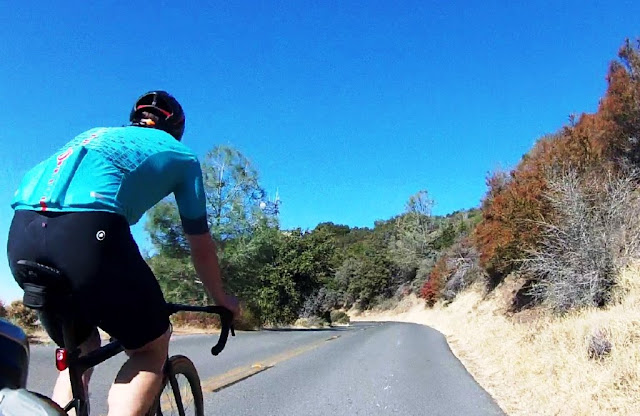 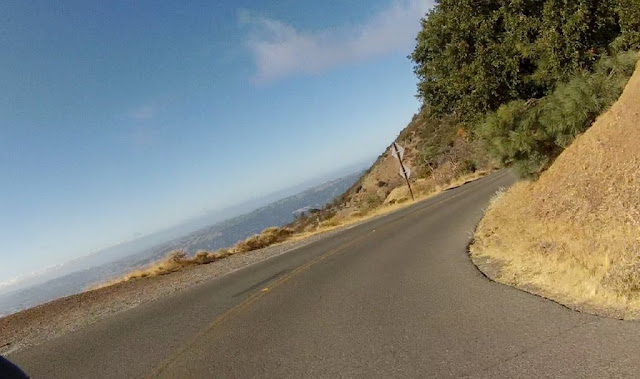 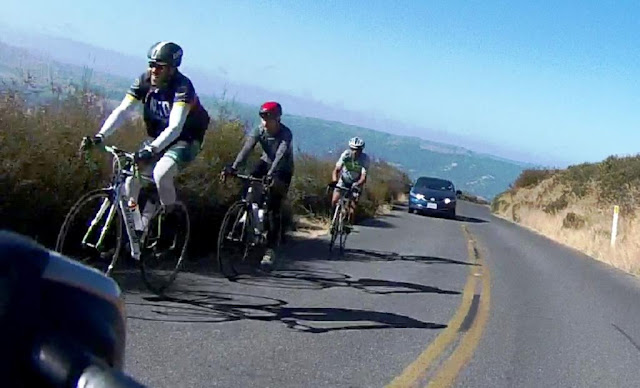 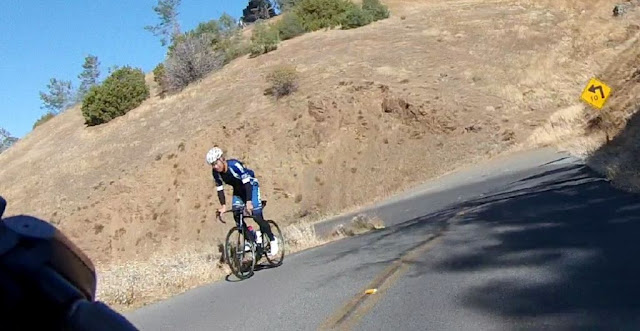 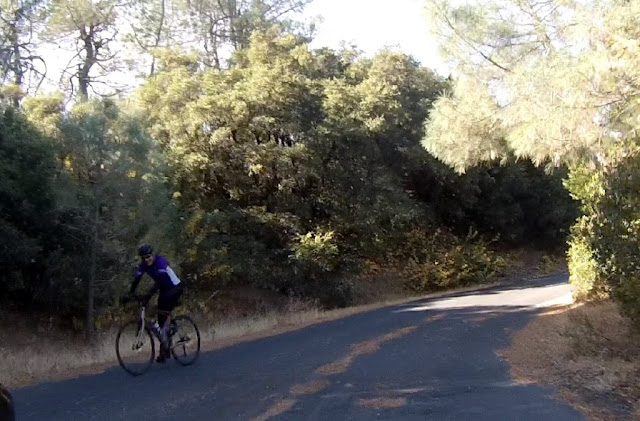 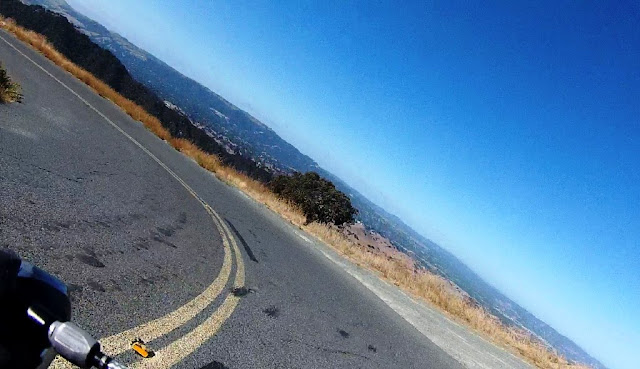