DiabloScott and Rick are doing Foxy's again this year - it was Rick's idea but it didn't take much arm twisting.  20191019; sunrise will be 07:19 - weather is sometimes dicey for this event. 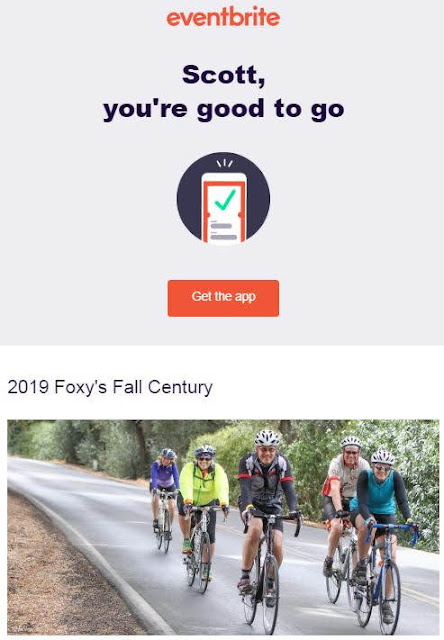 We both registered this week before the price goes up. 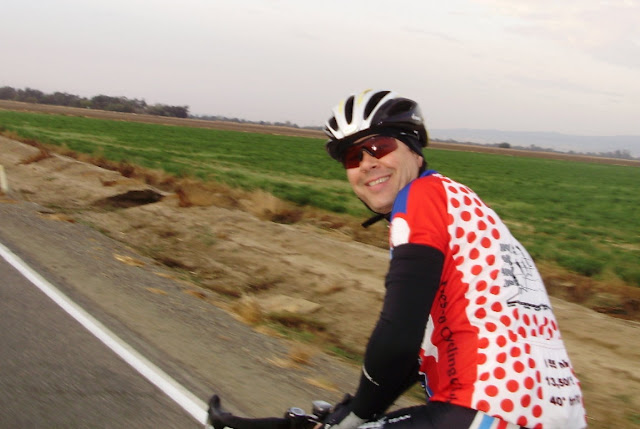 Here's Rick in the 2008 version we did together.  He's wearing his Climb to Kaeser jersey he had just earned. 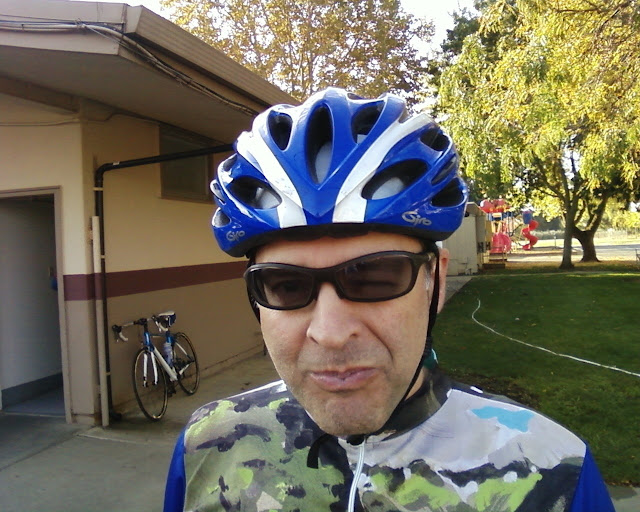 Rick took this photo of me with a big bite of muffin in my mouth at the lunch stop (also the 2008 version).  I still wear that jersey, and I still have that helmet available for a loaner.  Still riding my Klein. I should probably get some new stuff.  I think the prescription for my sunglasses has changed since then though. 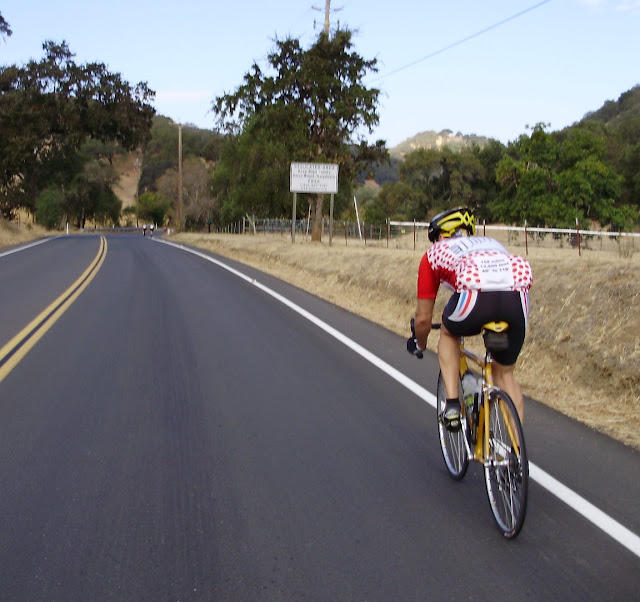 Of course, Foxy's 2019 will be the 5-year anniversary of Foxy's 2014, in which your humble blogger crashed and broke 7 ribs and was off the bike for six weeks.  Rick was with me on that ride too and watched me eat pavement.  I'm not at all nervous about doing this ride again, but there is an element of confronting my demons that will be good to get out of the way.

Mostly though it'll be a real nice opportunity to catch up with Rick since we don't see each other so much anymore.  We used to do lots of centuries together (STP, Mojave by Moonlight, Death Valley, Canyon, Wine Country, Napa, Primavera, Tierra Bella); a lot of those were before I was blogging. There will be some reminiscing for sure.
Posted by Diablo Scott

I registered yesterday too! Going to be doing my first real century since the late '70s.

All right MIKE! I look forward to seeing you in Davis and celebrating with you after.