That car that went off the road between Muir and Elbow was still there - the other photos I saw didn't really capture how far it had rolled down the Mountain - it was way down there. I didn't see any place that had indications of where it left the road (no broken bushes or tire tracks or anything.  They'll probably need a helicopter to get it out of there.

At Summit, I noticed a dust cloud down below and thought at first it might be a fire, but it wasn't.
When I got down to that park vehicle gravel lot below Juniper, there was a MedEvac helicopter there and I stopped to watch because it looked like it was getting ready to take off.  That explains the dust cloud I saw from Summit.  I'd never seen a helicopter there before and it was very close to the power lines so I was surprised, but the pilot did a great job.  No idea what the injury was, but they don't send helicopters for your basic broken bones. Then a little ways farther down I saw the incident scene - one fire truck and two Park vehicles - no crashed bikes, no other cars that might've been involved, there was a guy sitting down on a big rock or something but he didn't look to be in distress. So who knows what happened.

By the time I got home it was really hot. 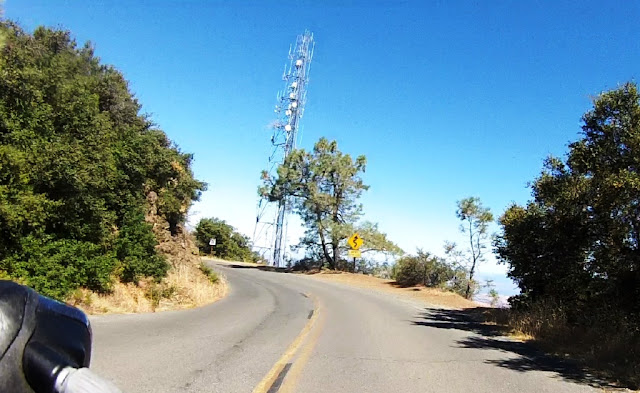 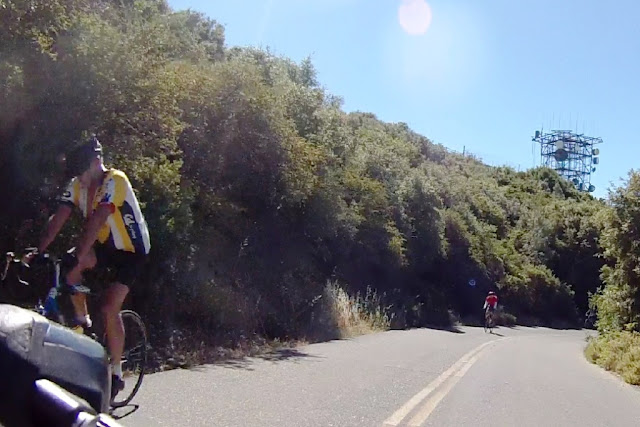 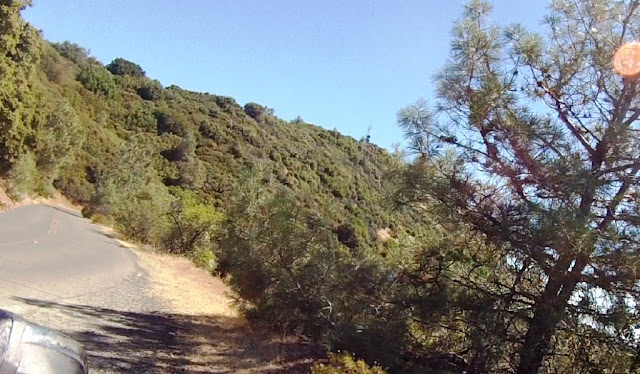 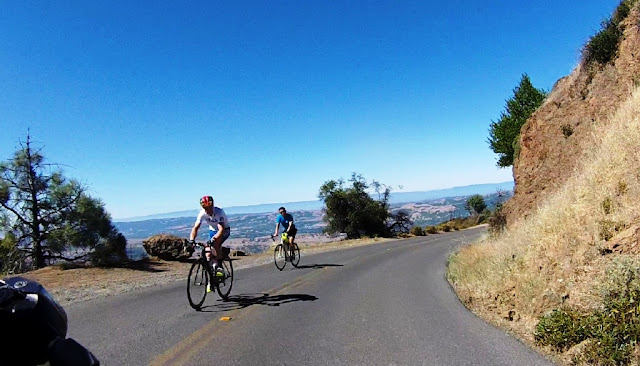 Look how far down the Mountain that car rolled. 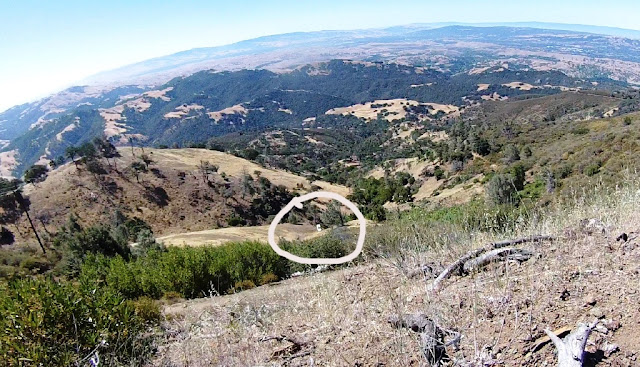 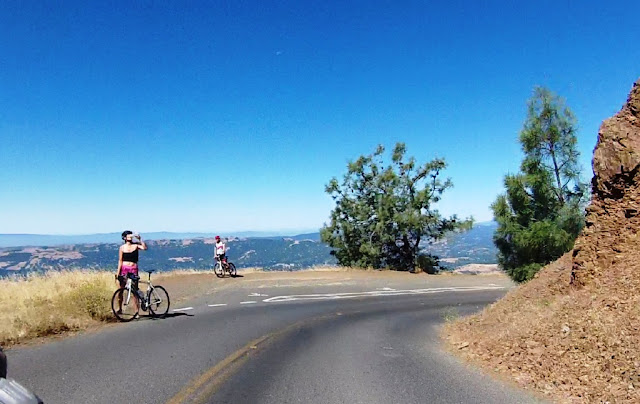 Chopper takeoff - very close to the power lines, must be a confident pilot. 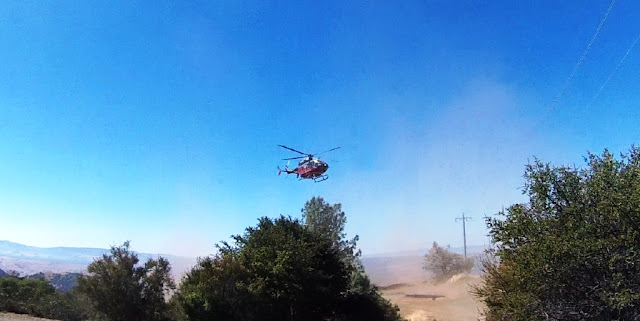 And here's the incident scene just below there.  Park social media guy said it was a heat injury to a hiker. 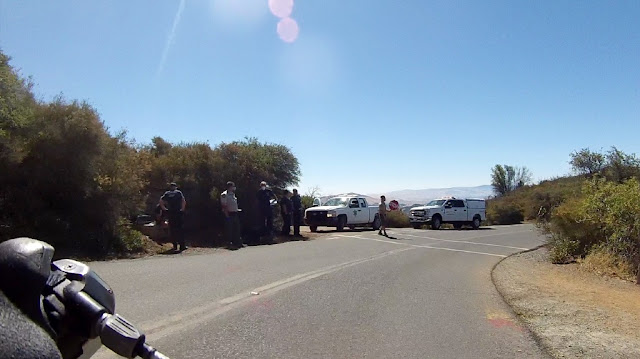 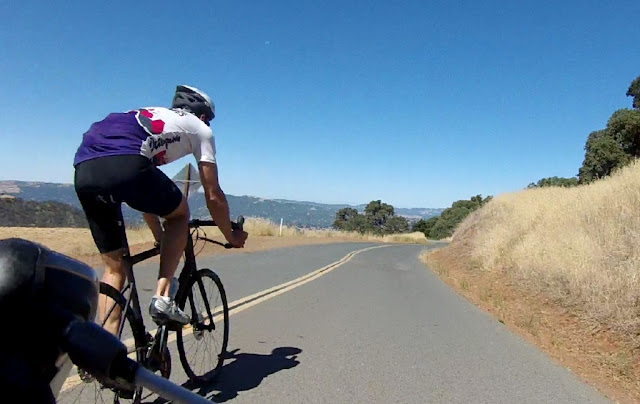 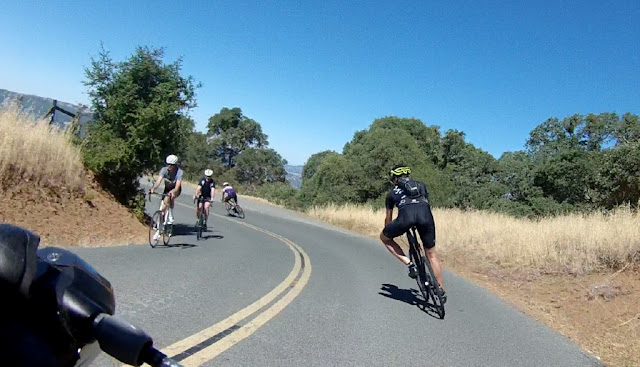