Injury Update: At least 90% back to normal. Back pain is manageable, and sensations of good health are abundant.

Another double Junction day. Last year when I could still drive, I'd go hard on a solo ride at 3:30 or so, come back to my truck, eat a Clif bar and reload with cold water bottles and then do a social ride with my little group about 5:30. This year since my seizure I have to come all the way home so it's longer between the two rides but I get in more miles... it's different, it's the way it is; DiabloScott plays his best hand with the cards he's dealt.  I think that's an appropriate metaphor, but I don't play cards.

AM Junction:
A fast group of three guys came around us at The Gate, but they had multiple mechanical problems and we saw them at the side of the road twice fixing stuff.

Charlie usually starts out a little faster than I would ride if I were solo, so I have to dig a little to do his pace, then (before my injury) I would ride faster the last couple miles and he would struggle to keep up.  Since the injury I haven't had the stamina to push at the end, but this morning I had a little extra and that was a good feeling.  I think it was the first time since May that I've beat him to Junction.  He said he had one of his faster times too, so this wasn't a fluke... I'm actually getting some fitness back.

PM Junction:
OK, getting hot. Left the house at about 4:30 and determined not to over-do it.

Seems like there's a lot of broken glass on Bancroft and Walnut in the bike lane... so far I've avoided it but it would be nice to get some street sweeper trucks back to work.

Not so many riders... notably didn't see the interval guys who make me feel like I'm not working hard enough.  Did see quite a few more riders on my way down though.

Hey, here's something new - traffic counter hoses!  Four places on NGR. Usually these things are done as part of a study to determine traffic speed, volume, vehicle type, etc.  I'm optimistic they need to do this to justify doing some repairs, and not because they think the bikes are going too fast and are thinking about speed bumps or something ... watch your descending speed anyway, just in case.


Road tubes are used to detect vehicle axles by sensing air pluses that are created by each axle (tire) strike of the tube in the roadway. This air pulse is sensed by the unit and is recorded or processed to create volume, speed, or axle classification data. While one road tube is used to collect volume, two road tubes can be used to collect speed and class data.

AM ride was faster, but PM ride was probably better for my conditioning. There was a guy chasing me the whole way up and I managed to hold him back and WIN... BOO YAH!

Hey, here's something else new - apparently there's a water supply issue and the Park has secured the flush toilets - I didn't verify but I did notice a self-contained hand-washing station at the Junction bathroom.

Got stuck behind a slow car on the way down. I don't ever want to make a driver go faster than they want to, so I pulled off for a stretch and just absorbed some of that Diablo awesomeness from a stationary perspective.

One reason I go to the extra hassle of posting photos on my blog is that it makes the photos available for anyone who wants to refer back to them whenever they want... unlike just posting them to Strava. Also, I get a few extra editing options. So enjoy and copy and paste wherever you like. 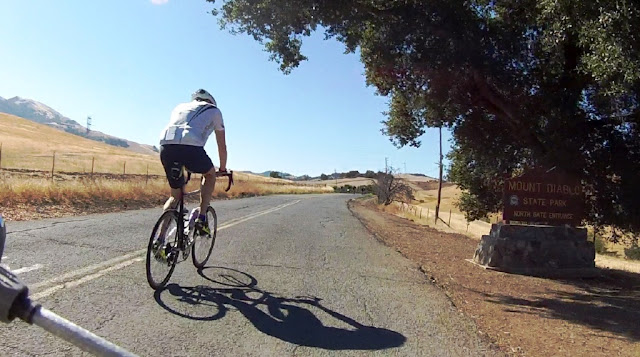 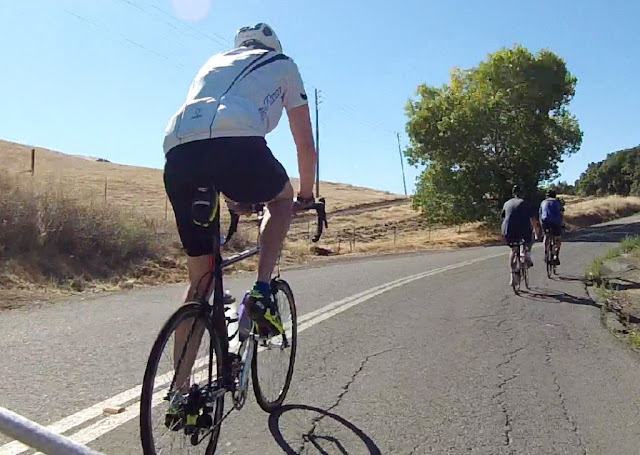 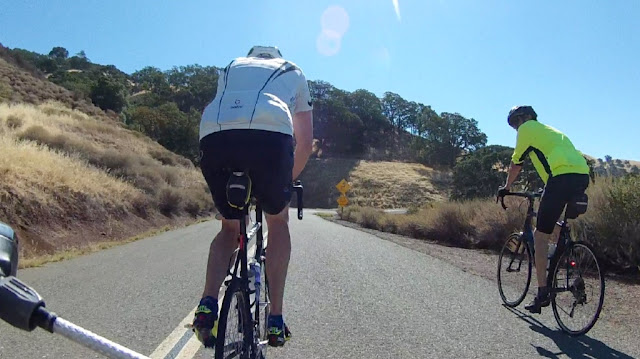 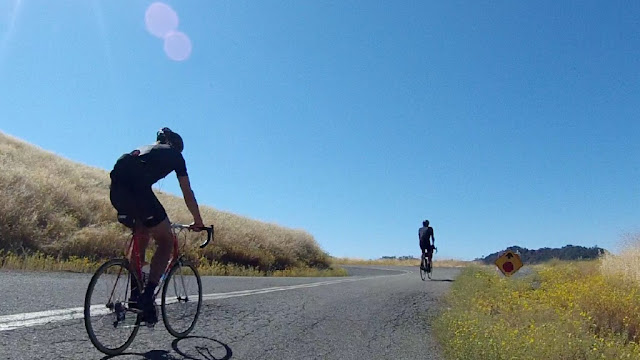 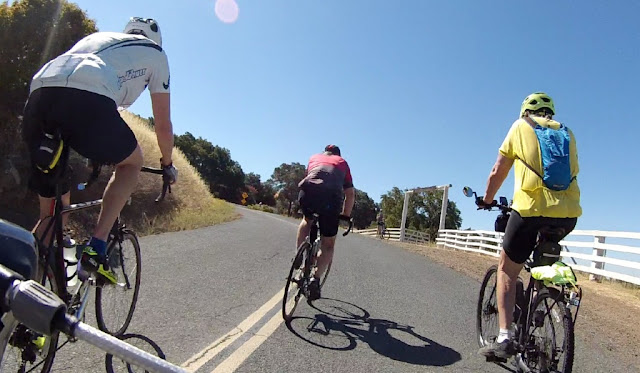 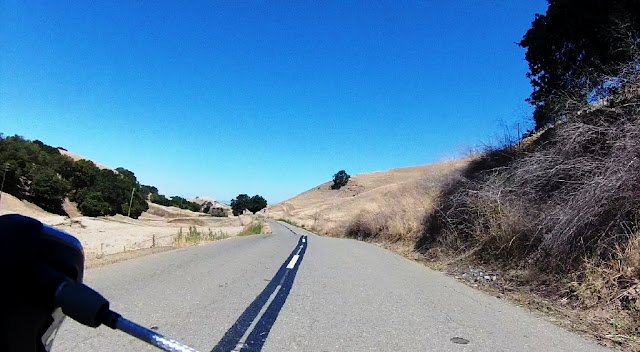 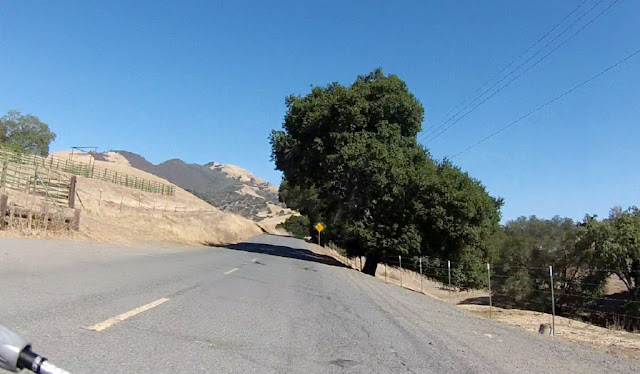 And that was me yelling "Hey Scott! as you passed.
I've been trying to do a Wed Junction each week.

Hey Mike - I had to check the video footage, you were in the dark shadows must be why I didn't recognize you. Next time try to position yourself for a better screen grab when I come by.