Had a call with Colonel Al yesterday and he said the Park will be putting in  FOUR NEW BIKE TURNOUT LANES!  These are four of the most dangerous places on The Mountain - the places where cars make stupid passes, this will be a big advance in safety.  Check out the GoogleMap Links, Number 3 is Clavicle Cracker!

Al didn't know what the traffic survey was about, but he did say the Park has to do these every so often just for state law like any other roads. He also said there's a lot of South Gate drivers that go to the neighborhoods or the school and don't make continue up so the Park staff might want to know that.  I decided to document the placement of these things with photos and captions in MY BLOG WHERE FREE SPEECH IS TREATED WITH REVERENCE!  The single tube installations only count vehicles, and the dual-tube installations count vehicles and measure speed. Some of the manufacturers claim they can tell the difference between cars and trucks, and some of them claim to be able to detect bicycles, I'm investigating those claims, standby for my expert report.

Saw Al at Junction. He was riding with Jeff who is also interested in cycling safety improvements... chins were wagged. 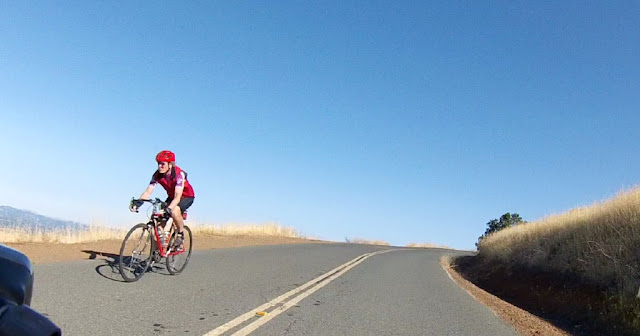 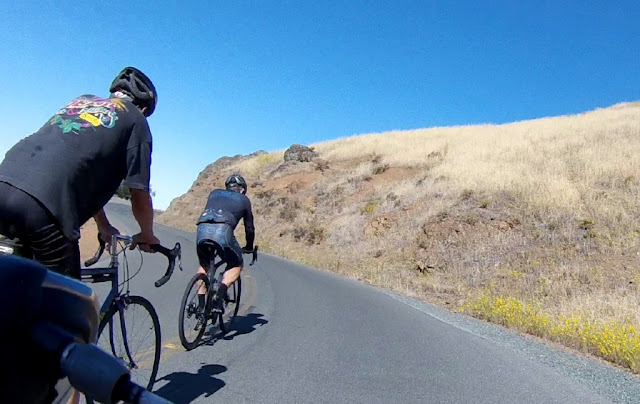