I felt great today.  Got up a little earlier than usual.  It was supposed to be hot, but it didn't really get warm until around Juniper.

At The Gate, Parry rode up to me and I didn't recognize him at first from our previous ride together, but told him he was welcome to ride with me and JB, and he thought that would be a good idea.  So on the way up we talked about ClifBars, mountain lions, and tubeless tires. 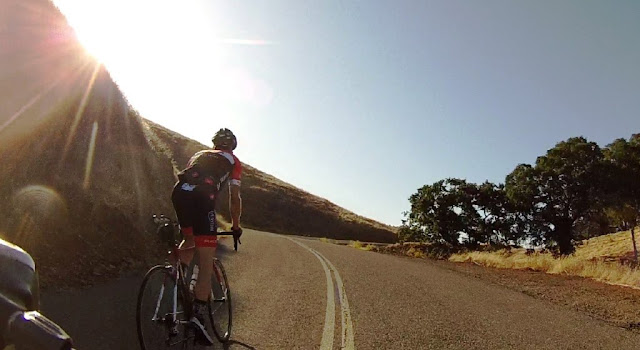 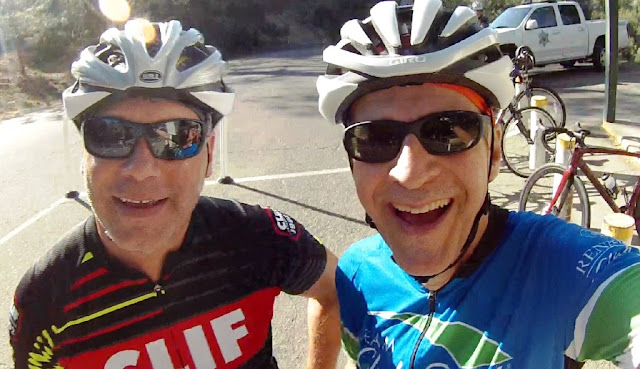 This guy made a joke about how JB was working than me and Parry because he was on his commute bike. 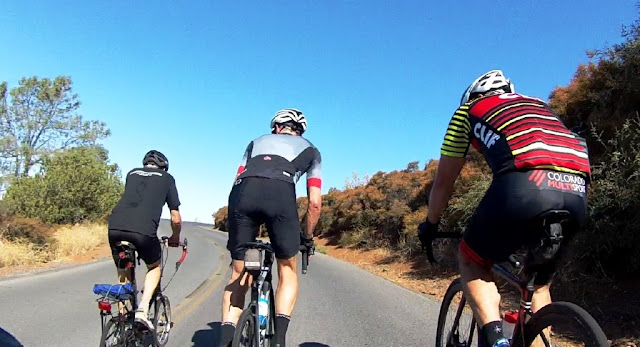 There was an organized trail run going on today, and lots of hikers, and lots of riders who looked like this was their first time - WELCOME all. 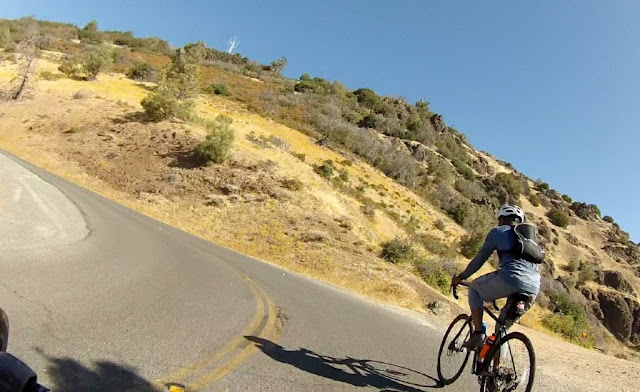 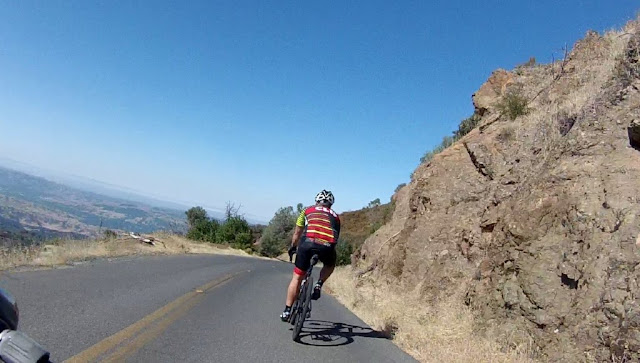 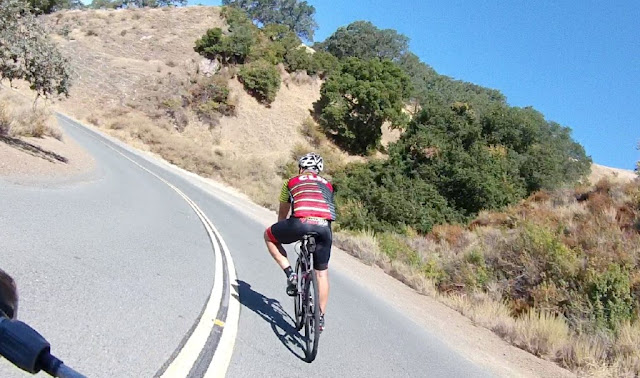 Sad story - as our ride is ending, approaching The Gate on the way out of The Park, we were about to pass this guy, and he looked over at Parry and then drifted off the road into the ditch and crashed.  He was hurt pretty badly.  Parry went up to tell the Kiosk Ranger and he got the paramedics called .  We were trying to help him but he was confused and in a lot of pain.  Fortunately someone who knew him rode up and he was a bigger help and agreed to stay with him until the ambulance came.  We found out the injured guy's name was Steve.  Fast and complete healing to you Steve. 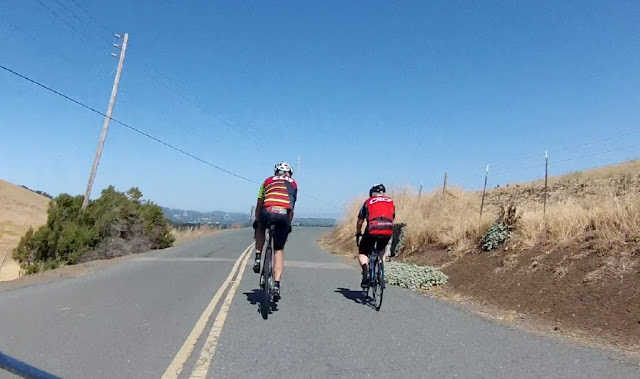