Shawn and Kathryn said they weren't coming, but old friend Robert said he could.  Robert used to work in the office with all of us but was actually a client.  I remember walking by his cube once and seeing his vintage Italian steel bike and then invited him on the ride and he was a regular for a while.  So with me, JB, Charlie, and Robert - there wasn't a current BC employee in the BC Climbers group.

I got an early start and I had selected a PR on Split 3 (The Bump) as my goal.  I have been looking at all my split segments for whichever ones I'm furthest down on the leaderboard for, and I knew The Bump was going to be a hard one, but I knocked 35 seconds of my previous PR, so that's a win.  Of course I didn't KNOW I beat my best until a couple hours later when I uploaded the Strava file. Never really recovered from that effort though and my legs were rubber for the rest of the day.

This is the official end of The Bump Segment... I pushed all the way through. 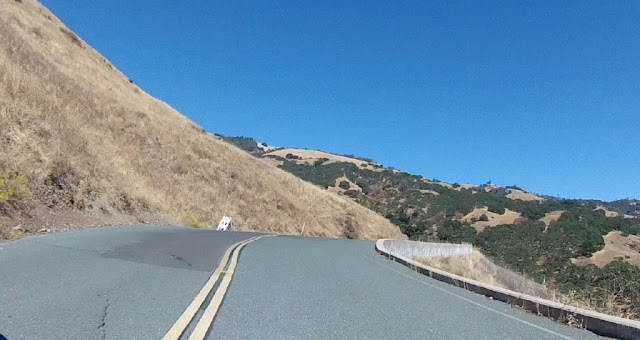 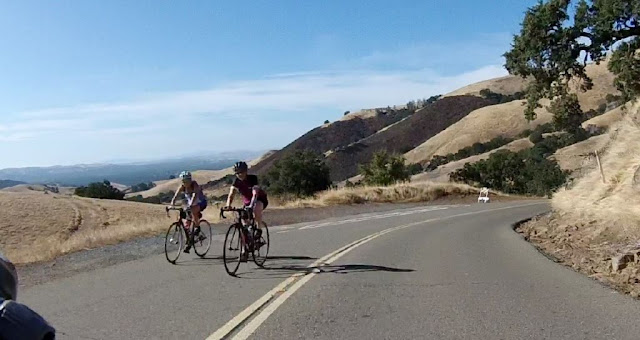 If Robert were paying me for coaching advice, I'd tell him his saddle is too high.  I'll just tell you instead. 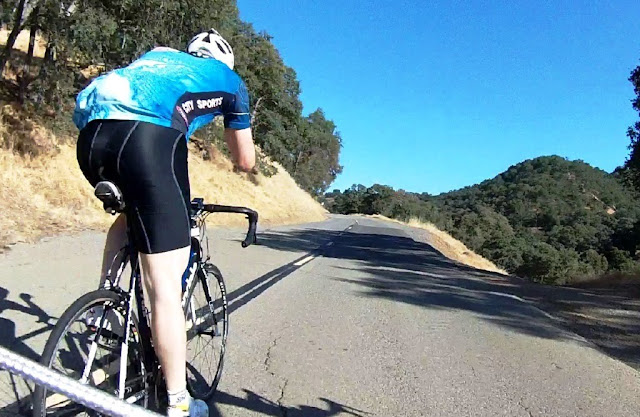 This guy with the "robin egg blue" Trek is a regular on Wednesday nights too.  He passed us with souplesse. 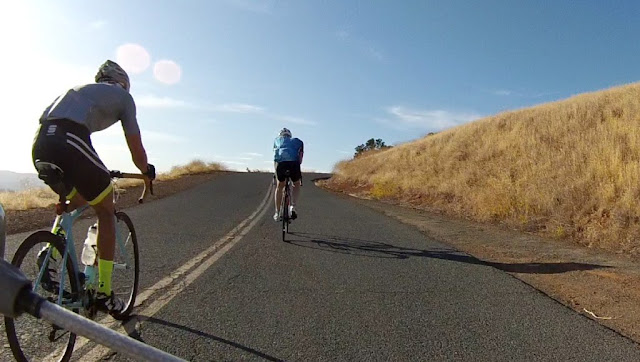 Hips are rockin', saddle's too high. 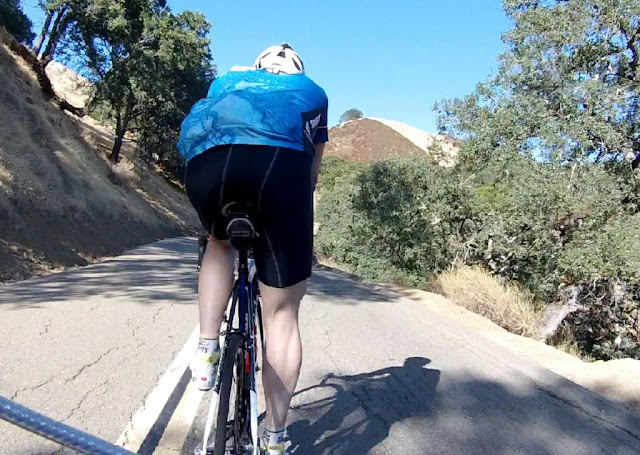 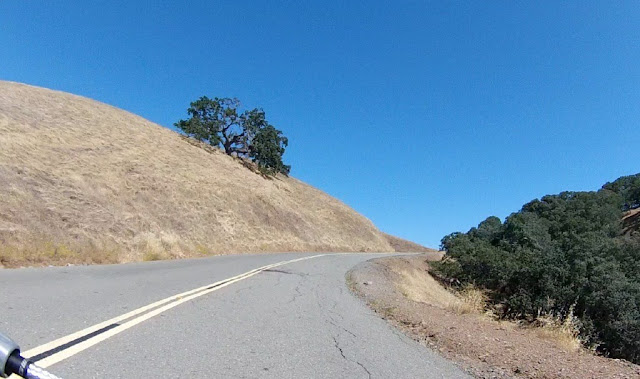 JB's Della Santa has been in the shop for three weeks now.
Posted by Diablo Scott