Got a late start this morning. So late that Rick had already left. It was cold too, I think it was the first time in tights this year, and it was still kind of dark since Daylight Wasting Time starts tomorrow. I had on some Halloween "arm warmers" that made it look like I had lots of tattoos - got a few weird looks from people. 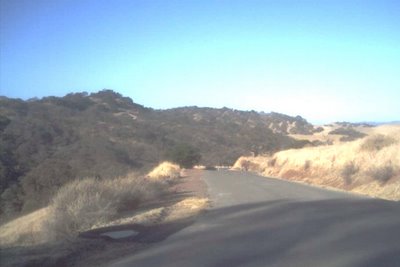 Passed a few people on the way up, that's always a good thing. By the time I got to the Junction though Rick had already left there too so he must have thought I wasn't coming at all. Had to be home early for a kiddie party so I couldn’t go up any higher either. 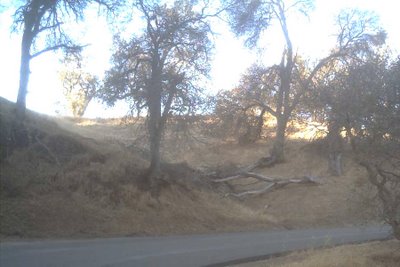 The LowKey Hillclimb series came to Diablo today - I checked out the parking lot but didn't see anyone I recognized. The results are posted HERE. Far as I'm concerned 51m37s is the official record from the Gate to the Summit.
Posted by Diablo Scott No comments:

Back in the Saddle!

Nine days post-op. I knew I could do it but I didn't know how I'd feel so I avowed to take it easy. The nights have been cold but it's been getting really warm by late morning; I wore some arm warmers and had to roll those down before we even started. 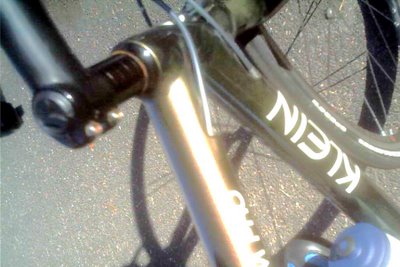 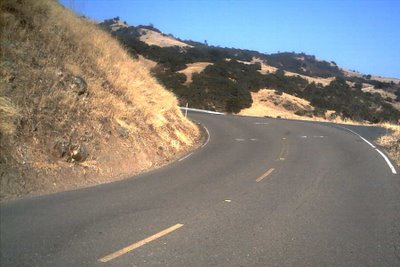 The winds were strong and gusty, there was even a strong tailwind going up the Bump! I felt fine the whole way up. There's some stretchiing kind of sensation at the laparoscopic points but no real pain and no feeling that anything is going to rip or tear (as there was the first few days).

JB decided to drop Rick and me in the last mile. Other than that it was just a lazy ride. We talked to a couple guys at the Junction who were new to cycling and had some equipment questions. They weren't sure if the bikes they had bought were good choices but we assured them that they were fine. They even asked about Rivendells so they did their research but I guess they didn't do too much test riding. They weren't young guys so they must have been ex-runners or something because they appeared athletic enough. Hopefully they'll become regulars.

Next week the Low Key Hillclimb Series comes to Mt. Diablo. Should see some impressive times to the Summit from the North Gate. Sign up HERE.
Posted by Diablo Scott No comments:

to do Foxy's with Rick tomorrow got the kibosh when my appendix swelled up on Tuesday.

Here's the history:
Tuesday morning at work, started to get a stomach ache; got pretty severe over the next hour or so and I went home and slept the rest of the day. Felt a little better in the evening. Antacids didn't help. Appendicitis was one thing that crossed my mind, as was e-coli (been in the news a lot lately) but I figured it was just a stomach ache.

Wednesday morning at work it was still pretty bad so I called my doctor, got a same day appt, she sent to get a cat scan, they sent me to the ER, they sent me to get an X-ray, and then told me to go admit myself. Wednesday night about 11:30 I sucked in my first ever breath of anesthetic and went under the knife (figuratively, it was laparoscopic).

Thursday morning by 8 o'clock I was walking around with three bandages on the outside of my shaved belly and no appendix on the inside. Discharged from the hospital Wednesday afternoon. Couldn't have been any smoother and the pain is completely tolerable if I'm not doing anything but squatting and lifting hurt quite a bit so here I am unable to ride or wrestle with my daughter.

Not sleeping too well either so maybe I'll do some late night updates on my photos page. What I really need to do is get my winter wheels and the fender on my Merckx.
Posted by Diablo Scott 3 comments:

Cold this morning - the kind of day where you have to dress so you won't be too warm on the way up or too cold on the way down but never seem to get it right.

I got to the gate at 8:02 and I wasn't feeling fast and since JB wasn't there yet I figured I'd get a head start, so I searched around a bit for a rock to put on the post and then I took off.

Since the Challenge was last Sunday the bike rider density on the Mountain has plummetted. I saw not a single rider going up, and I saw only five coming down during my ascent. 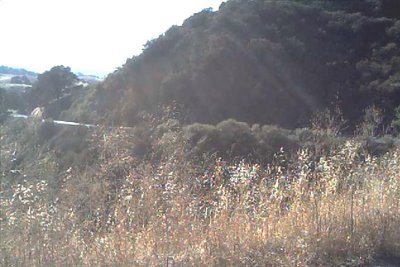 Roadkill Sighting: Quite a few small, young snakes; belly up and slitherless. Thing about snakes on the road is, you can't really make an evaluation of their risk level until you get pretty close, so I gave these babies a wide berth.

So sure enough, my time to Junction sucked and by now I figured JB must have overslept or something. I said "hi" to a guy who came up SGR on a Landshark with a cool paint job and then suddenly JB appears. Turns out my FlightDeck clock was just a little fast and his watch was just a little slow (we verified this by calling "POP-CORN" on my cell phone) and we had just missed each other at the Gate: he got there a few minutes early, rode up to the Loading Dock and turned around, and he was on the other side of the Shack when I started up. I didn't see him at all; he saw me but somehow thought I must have been somebody else so he waited around for another ten minutes!

They have the Challenge results posted at the Ranger Station display case already; we both were wowed by the age of the winner, Rob Anderson - 51 years. Rob lives in Marin and has quite a respectable palmares: LINK. I also noticed that John Slawta (builder of Landshark bicycles) came down from Oregon and did the ride in well under an hour.

Sure enough, I was just a little too cold on the way back down. Nice to see a few people coming up though.
Posted by Diablo Scott