Beautiful day - lots of people wearing shorts and no jackets. 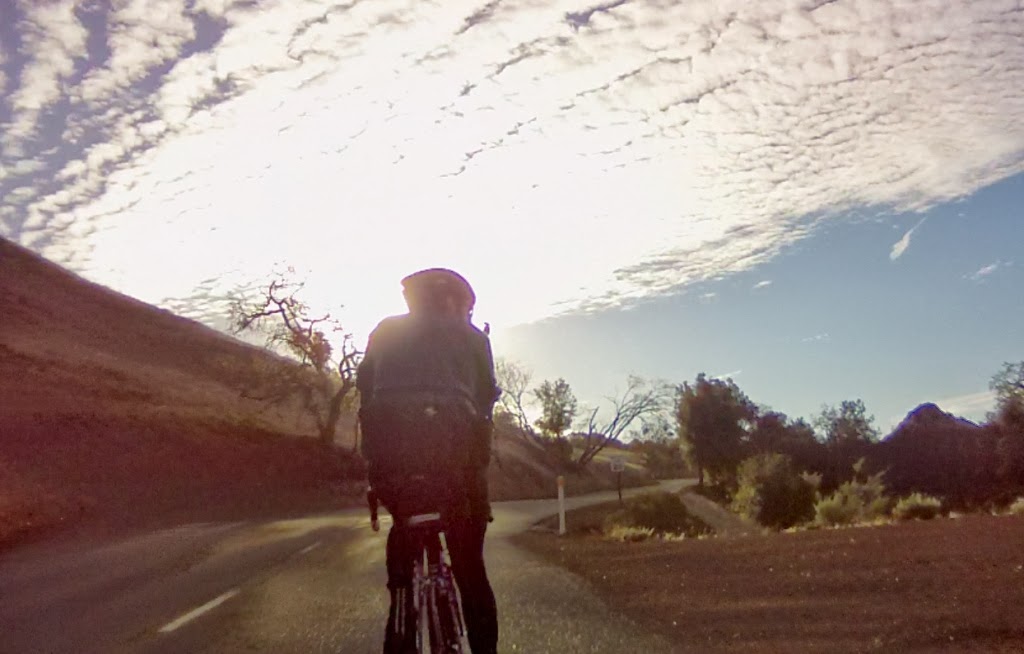 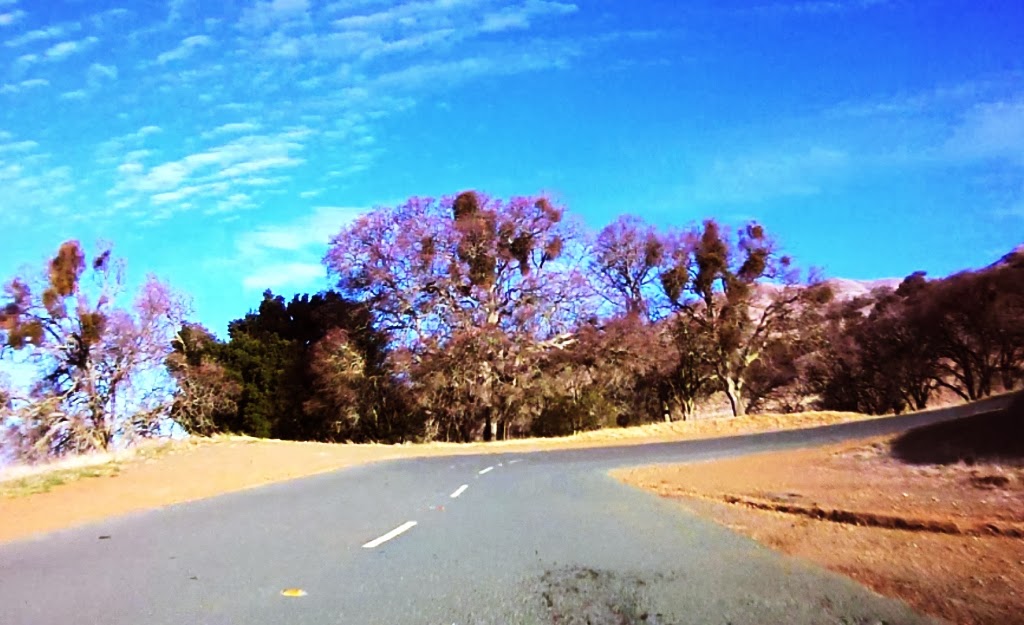 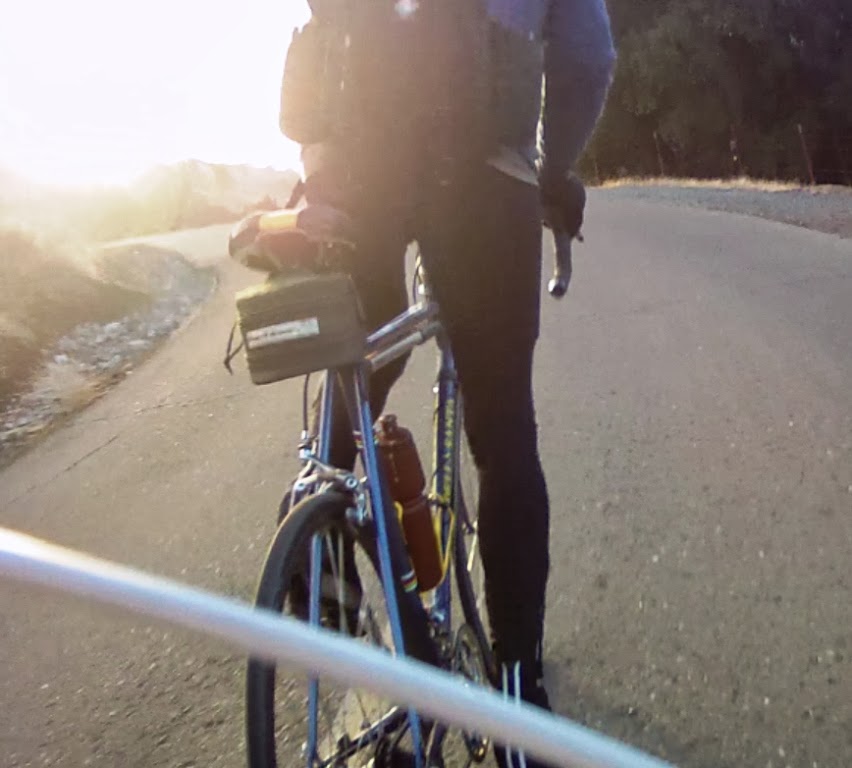 Then on the way down, near the Turtle Ranch there was a rider down.  Folks coming up warned us of the situation so we were going slow.  There were two bikes, one ranger truck, and one auto stopped there.  The ranger was helping the downed rider (who was in the ditch at a hairpin) and holding his head carefully like he suspected a neck injury.  The other bike rider was just standing there, and the two guys with the car didn't look scared or nervous or anything so I'd guess they weren't involved... but I have no idea really.  Another ranger pickup was coming down with his siren on.

A little ways below that a paramedic fire truck and an ambulance were coming up... so that's plenty serious. 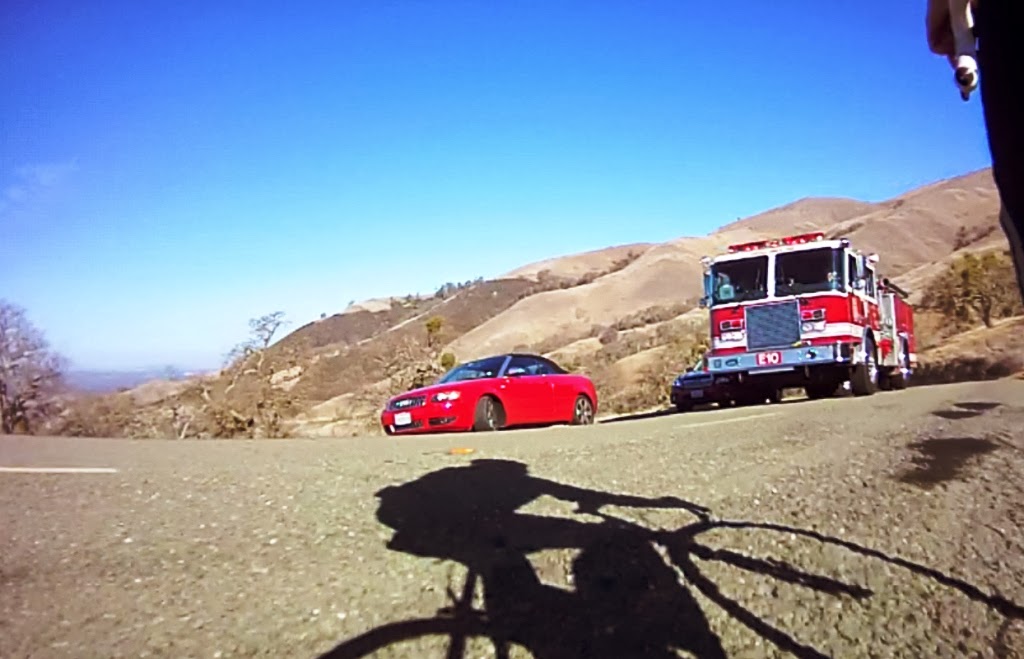 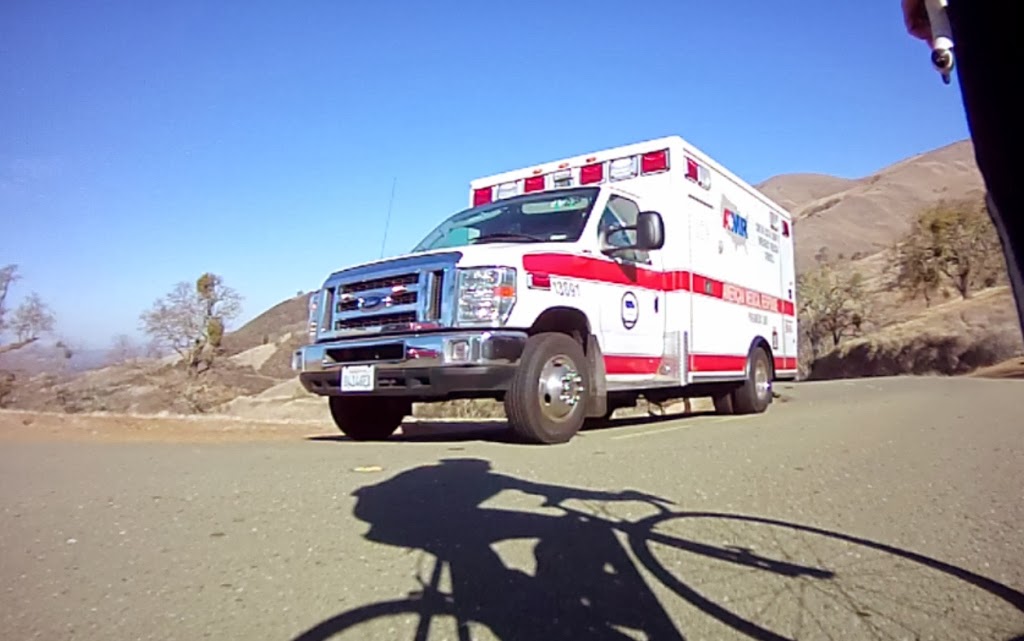 When you see something like this, you say of course that can't happen to you... but you know it really can... and you're maybe a little extra careful for a while.  A half mile from home I was leaning in to a right turn and hit a patch of something wet and slippery and my rear wheel went sideways for a couple feet.  I managed to recover, but I was damn close to hitting the floor.  Probably the guy on Diablo isn't as good of a bike handler as me, so I don't have to worry. 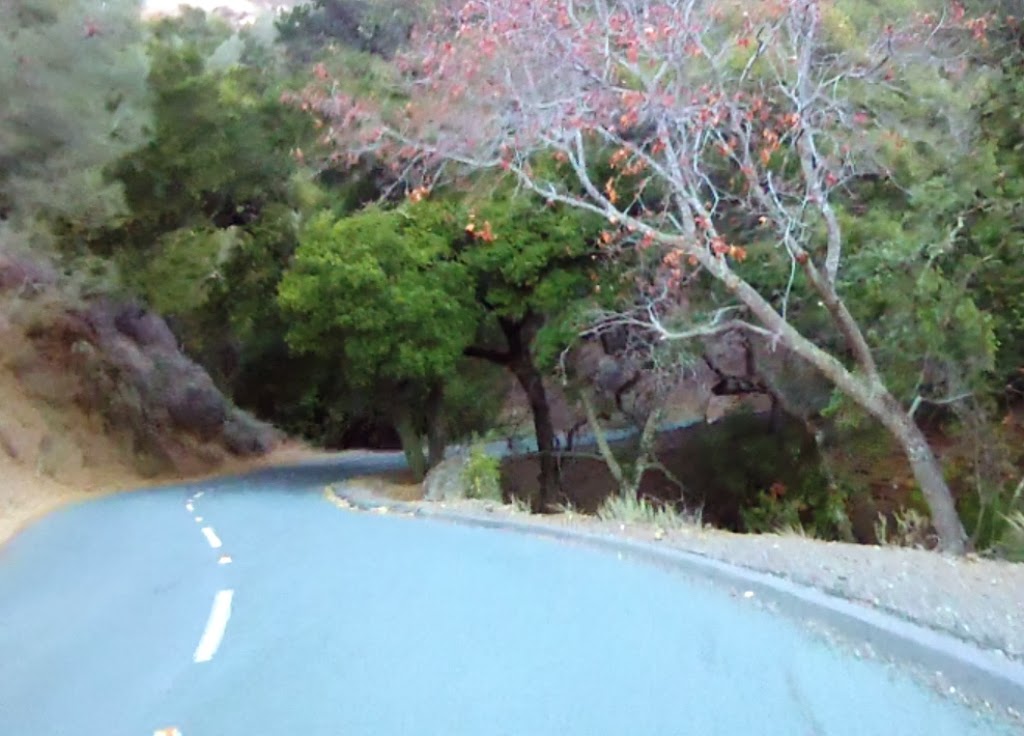 JB was totally knackered when he got to the Summit.

JBBonk from Diablo Scott on Vimeo.

I'm getting really good at memorizing the 19 Summit Road Landmarks.  As I ride by each one, I know which one is coming next.  Actually, I might add The Pipe - just to make it an even 20 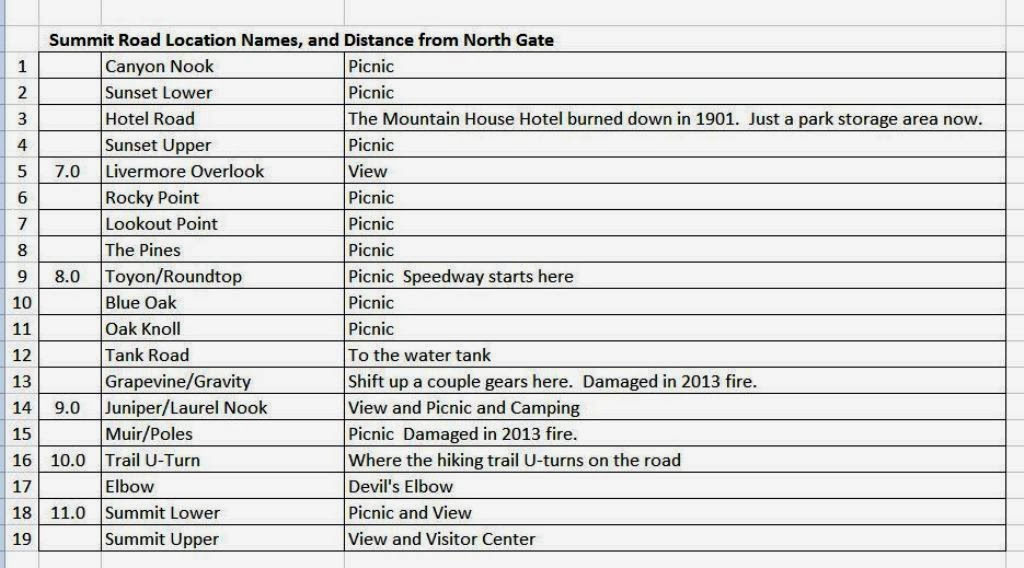 Hotel Road is where the old Mountain House Hotel used to be - it's that little driveway/trail access that goes up to what looks like a storage shed opposite of Sunset Picnic Area.  I've never been up there, and I've never seen this visitor sign, but that must be where it is. 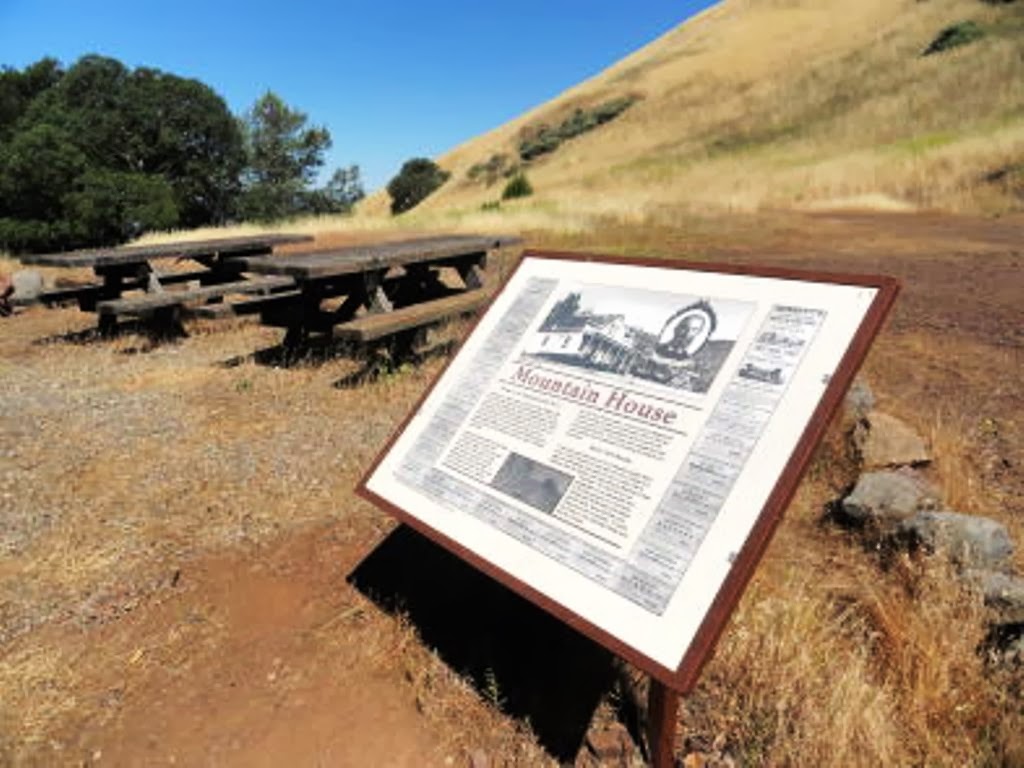 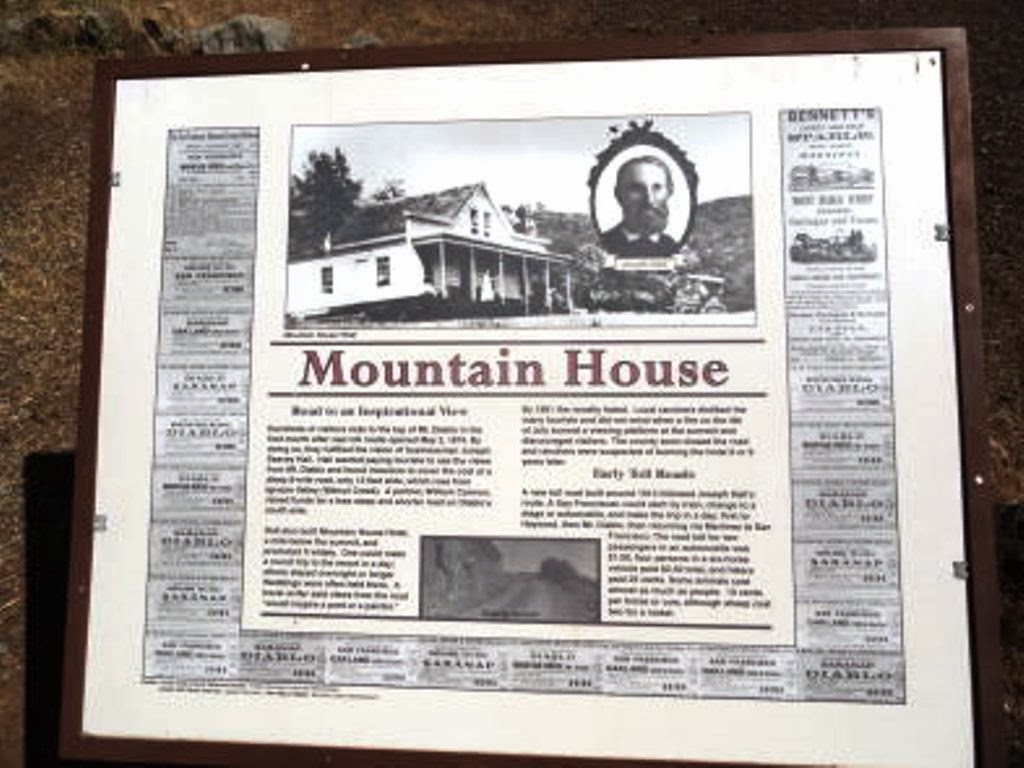 JB wasn't at the Gate so I posted a rock.  Turns out he passed me while I was at Round Top eating my Clif Bar... ran into him near the Summit as he was coming down.

The day started off cool but sunny, then the fog rolled in so it got quite a bit colder. 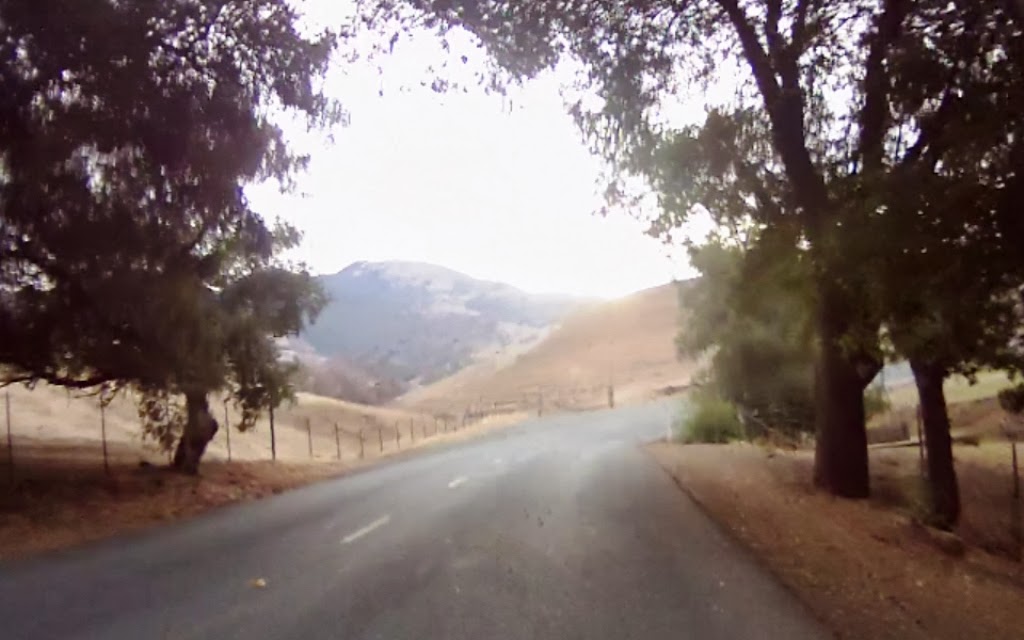 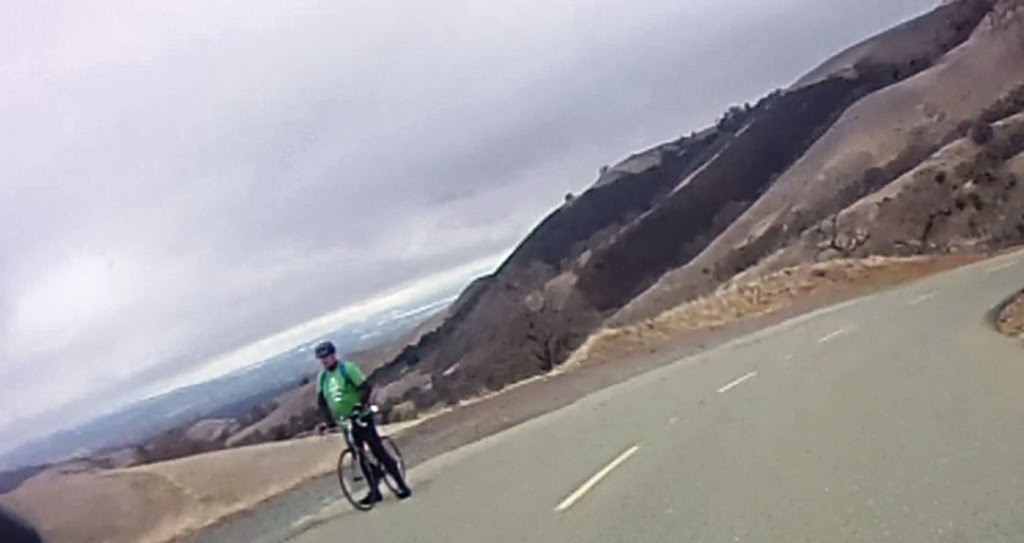 JB forgot his water bottle.  I gave him half my Clif Bar at Junction since he wanted to do the Summit... otherwise he wasn't too bad off.

Much quieter than Wednesday morning, but there were a lot of hikers or something parked at Juniper.. 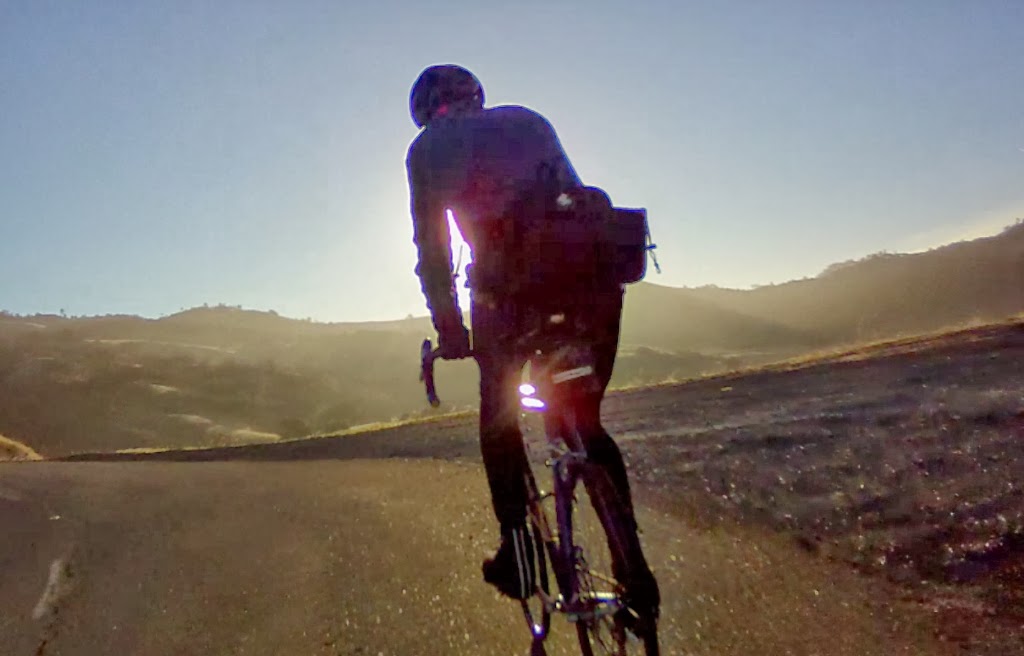 Got pretty windy up high.

New Year's Day morning is a very special time on The Mountain... as beautifully captured in this sentimental video creation:

Year 2014 is the 150th anniversary of California State Parks.  To memorialize this event, I have created the Mount Diablo Anthem.

Click on the FULL SCREEN button for best effect - and turn your speakers up loud.