Took new guy Seppi up for his virgin Diablo ride.  He did fine. 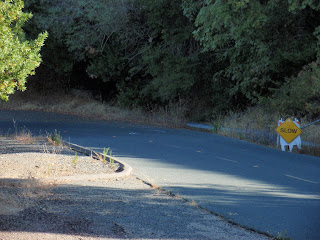 Probably only one or two more Wednsday Night Rides of 2011. 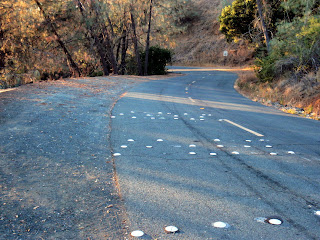 Wildlife Encounter:  tarantula above the Bump 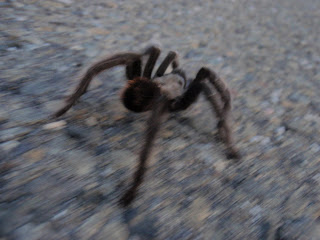 Late to the Gate.  This month I celebrate the 20th anniversary of my first Diablo ride. 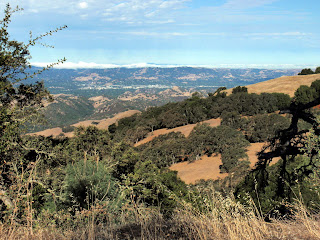 First ride of autumn.  Lots of stuff falling off of trees.  Some kind of seeds or something that make a noise like popcorn popping when you run over them.

Way too many cars this morning... did a lot of riding near the edge of the road hoping they wouldn't pass around blind corners.
Roadkill Report:  Squirrel.  I usually don't bother with these guys but this one appeared to be very recently defunct... no maggots or raptors had yet found the cadaver. 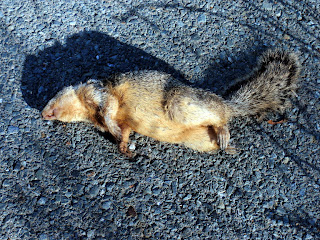 Lots of riders at the Junction... mostly complaining about all the cars. 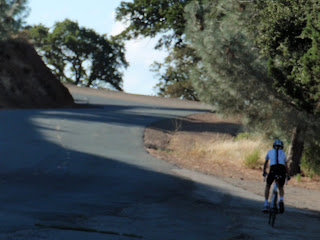 Thanks to blog reader PumkinCycle for this notice which appeared in the CoCo Times.

Q      I have a question regarding Mt. Diablo Scenic Boulevard in the Danville area. I have ridden my bike up Mt. Diablo pretty regularly for the past 10 years and the stretch shortly past Athenian School is in such a sorry state, with potholes as deep as 4 to 5 inches and as wide as a few feet all over the road for maybe a quarter-mile. Why has this road not been repaved? It's been like this even before our state's budget crisis, so money might not be the only issue. ... Can you make some sense out of the rotten condition of the road leading up to the South Gate entrance to Mt. Diablo State Park? It's a mess. ... There are rumors that somebody likes the road the way it is, because it discourages traffic of all sorts. ... It's apparently a private road without a maintenance agreement with Contra Costa County, and it's not clear what group of people are responsible or what it would take to motivate them to do anything. It's hard to believe nothing can be done.
Brian Fong, David Brower, Jim Clark and more


A        I'm sure you're right, but after years of complaints like this, now there is hope. Residents along this private road and county officials could reach an agreement by the end of the year to pave this road. It is a private road belonging to all the landowners between Diablo/Blackhawk Road and the park entrance gate on South Gate, and they must come up with money to do this needed work.
Posted by Diablo Scott No comments:

First ride of the season in tights!  We've been having cold nights but warm afternoons... wasn't a bad choice but maybe a little overkill.
Went for a long one after the Upper Ranch but JB caught and passed me after Chainbuster... then I almost caught back up before the Junction.
Some kind of ultra marathon running event happening on the trails but we didn't see much. 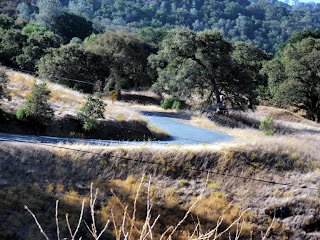 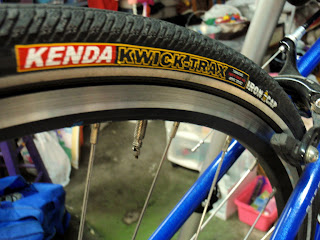 These tires came on my Masi fixed gear commuter.  The rear one suffered a casing tear sometime this week.  My commute takes me over some gravel and road debris as well as goat head territory. I like having this bike because of the urban warrior kind of toughness and I don't lightfoot over curb hops and potholes so these tires get a fair amount of punishment.  Front one's fine and I'm keeping it on.  I'd definitely consider buying them again depending on price and availability.
So I went to Sports Basement not sure what I'd find but they actually had a decent selection of 32mm tires.  I settled on these Vittoria Rando's...  $28.  No stickers or other schwagg at this price point.

One thing I noticed though, was that they were a little thinner than the 32mm on the label.  I checked and found the Kendas were 31mm and the Vittorias were 29mm.  I guess this is a common trick to make one vendor's tires seem lighter by comparison (because the comparison is not really valid).
Posted by Diablo Scott No comments:

Me and JB.
Bugs were really bad.
Roadkill Report:  A really huge opossum.
It was warm and humid and a little smoggy.
There were some fires on The Mountain last night from lightning strikes but we didn't find any burned areas. 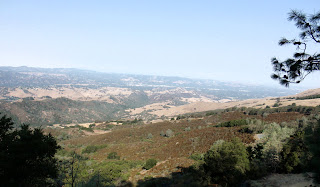 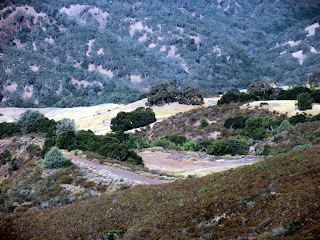 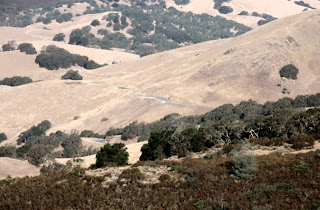 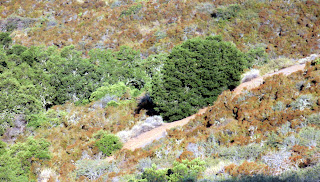 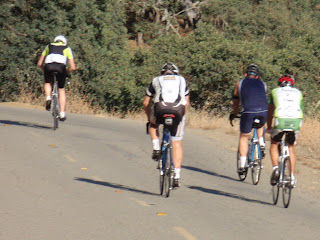 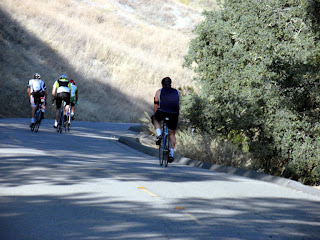 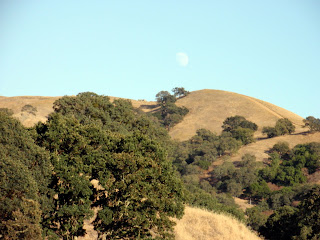 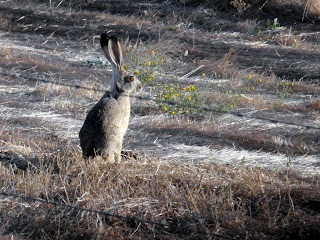 Mornings are coming later and later.  School's started, weather's cooler.  Still not sure why the Mountain was packed with cyclists this morning though.  There were a bunch of guys in USO jerseys but they weren't the only group.  Bonus - I was faster than most of them.
Wildlife Encounter:  deer near the Arroyo del Cerro. 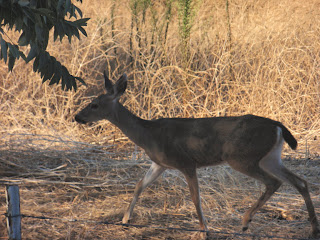 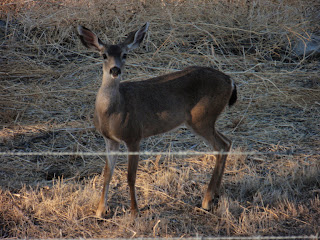 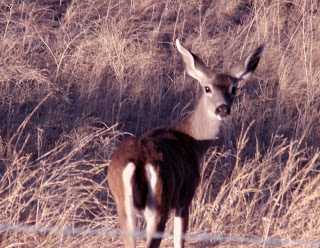