JB wasn't at the Gate again... so another solo ride to Junction. 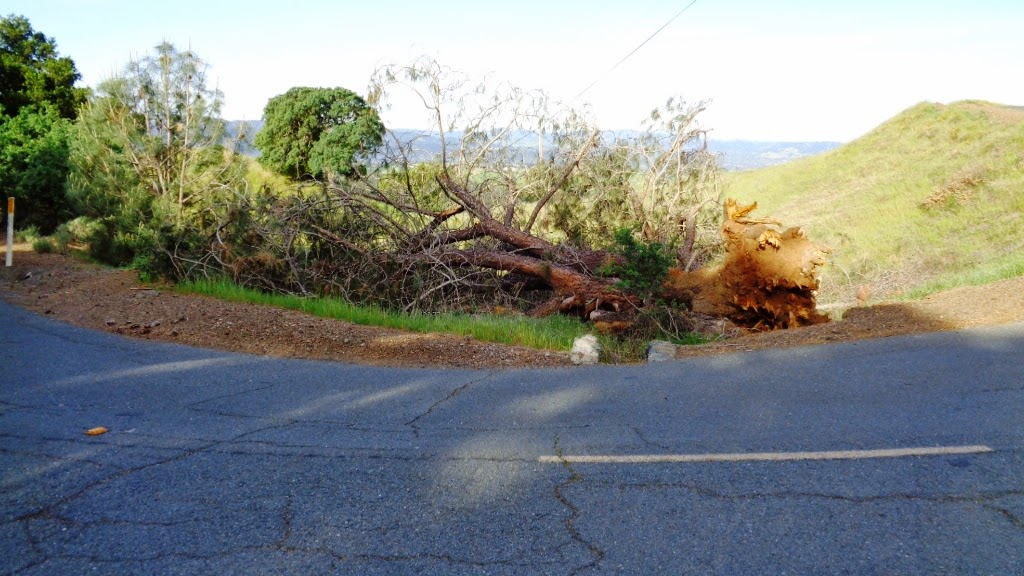 No time to do Summit today 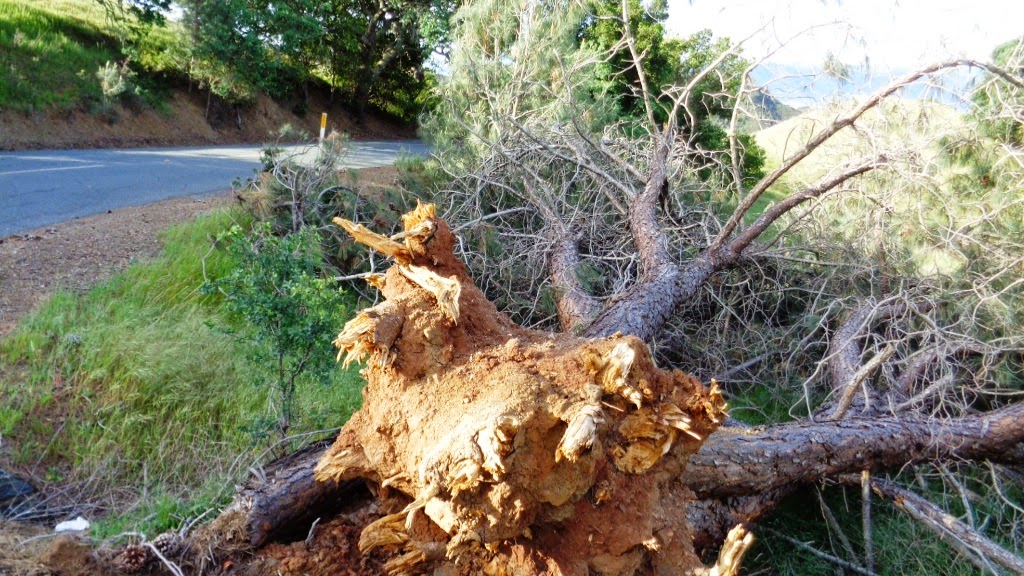 But I thought about doing SGR for a Bump de Bump. 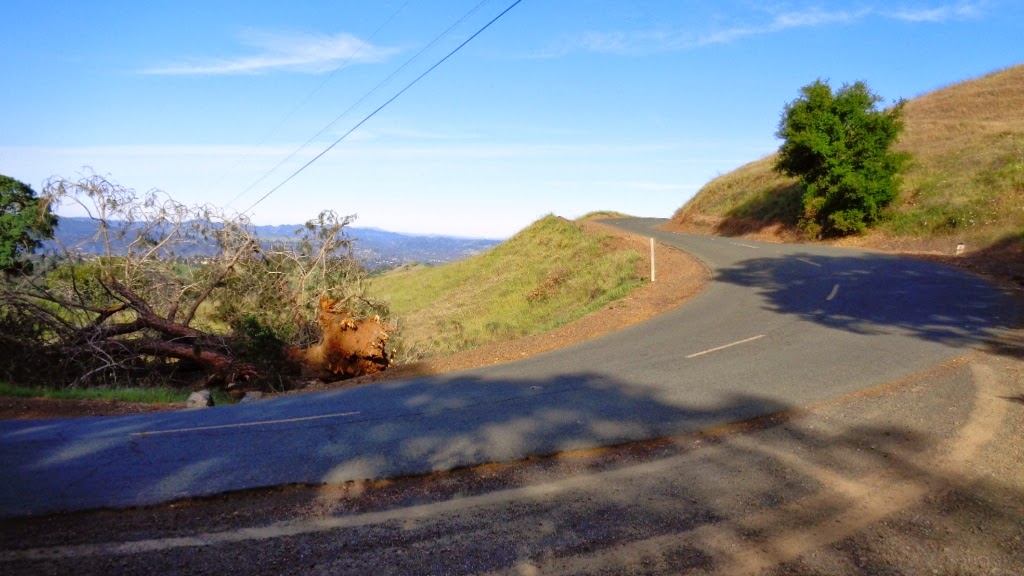 Got really windy at elevation though -the kind of wind that's not just not fun, but kind of scary 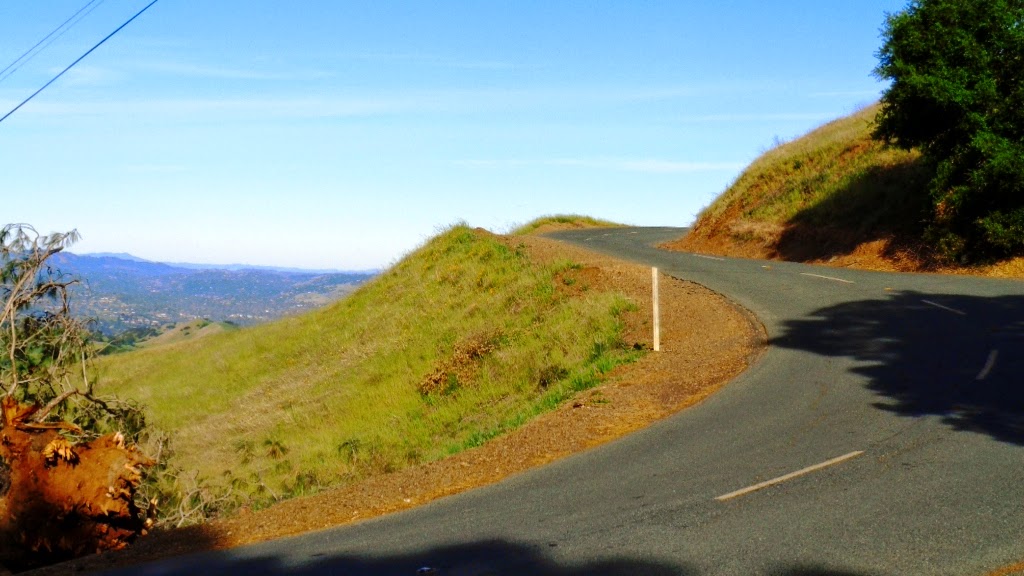 Stopped for a few photos of this tree that fell down recently. 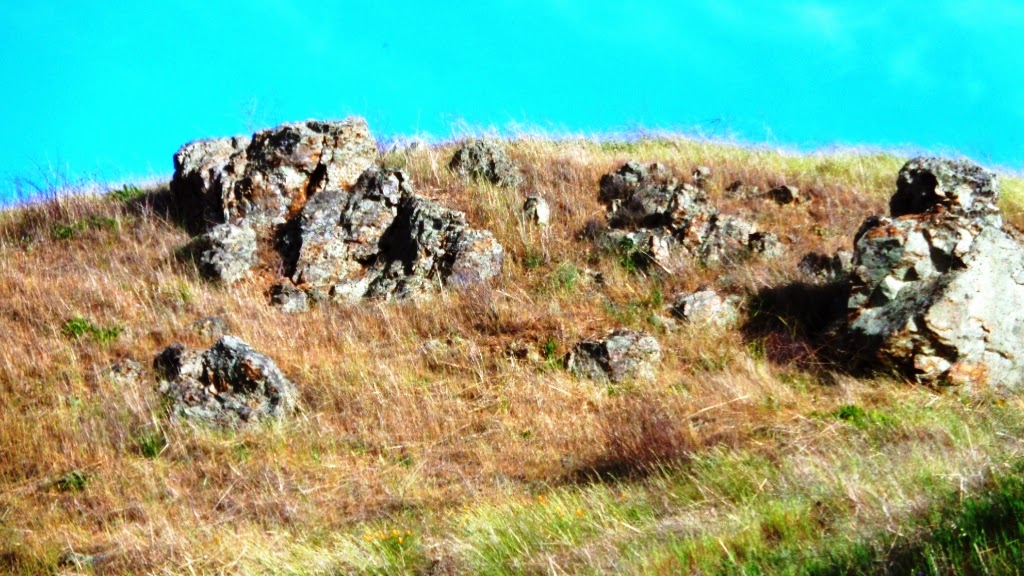 JB showed up at Junction and had some kind of good excuse about why he was late, but then it was time for me to go down.  The wind was bad enough that I just didn't want to do any more. 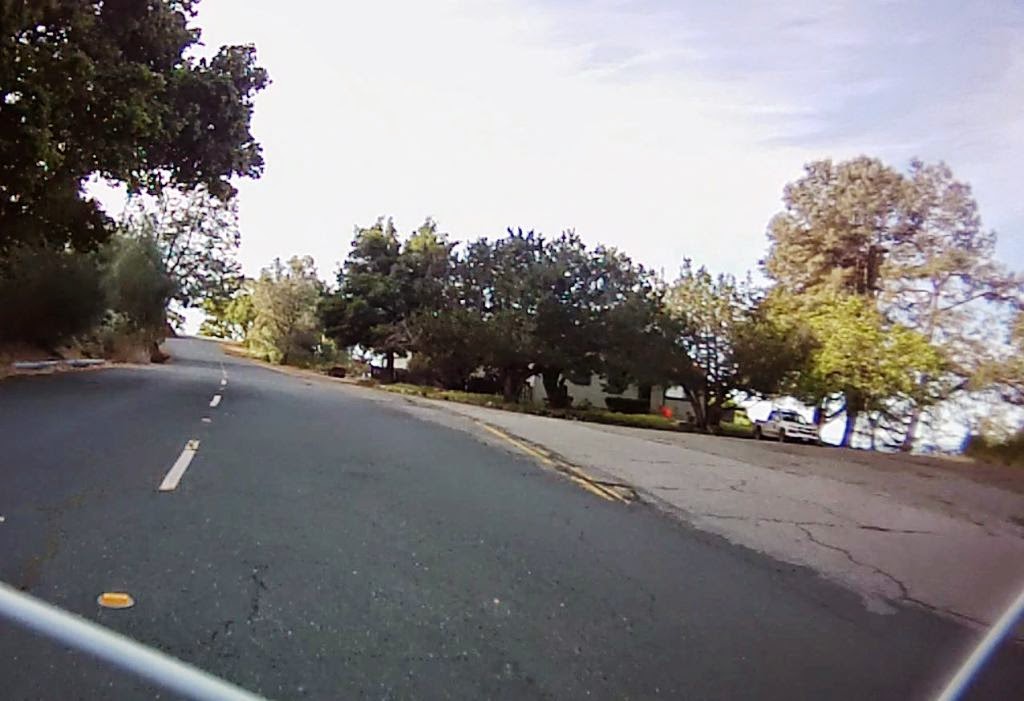 Wildlife Encounter:  snake.  On the descent I saw this guy stretched out across the road.  I turned around and rode back up to him.  He wasn't moving so I was concerned that someone would run over him (car or bike).  Then another guy coming down stopped and we talked about what to do. The snake was certainly not a rattle snake, but he had a poisonous-looking head so we were careful.  He had a skinny, pointy tail and I kind of bumped him with my front tire and then he decided to get off the road.  Checking later, I think he was a gopher snake.

Solo ride today, not sure where JB is.

Roadkill Report:  a rat... being eaten by a crow.  I'm not sure which would be worse; being a rat or being something that eats rats.

Wildlife Encounter:  young deer at the Bump.  Looks like the moms have kicked the kids out to fend for themselves. 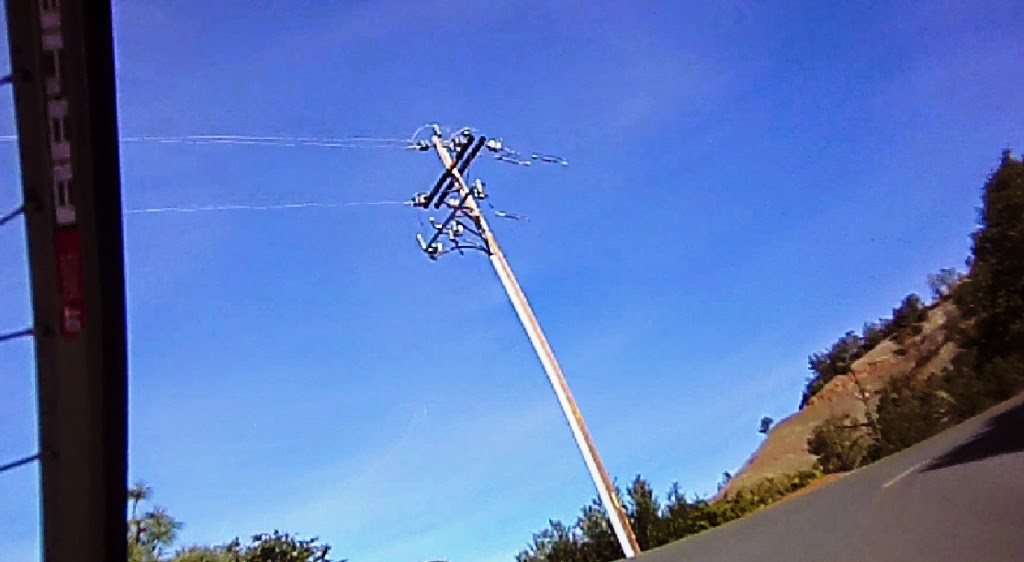 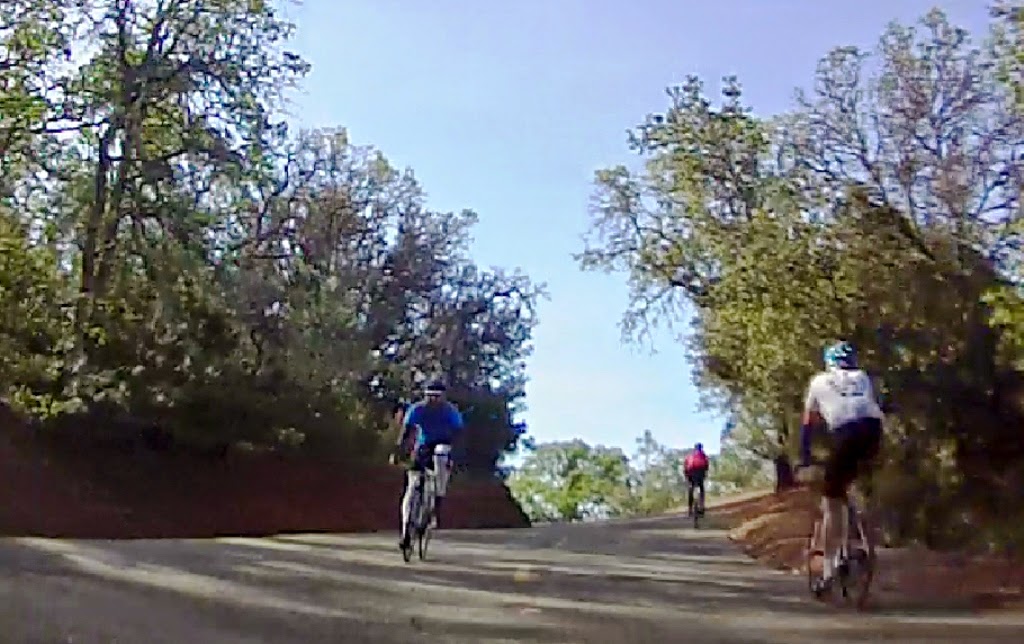 The Mountain was an explosion of colorful orange poppies and green grasses. 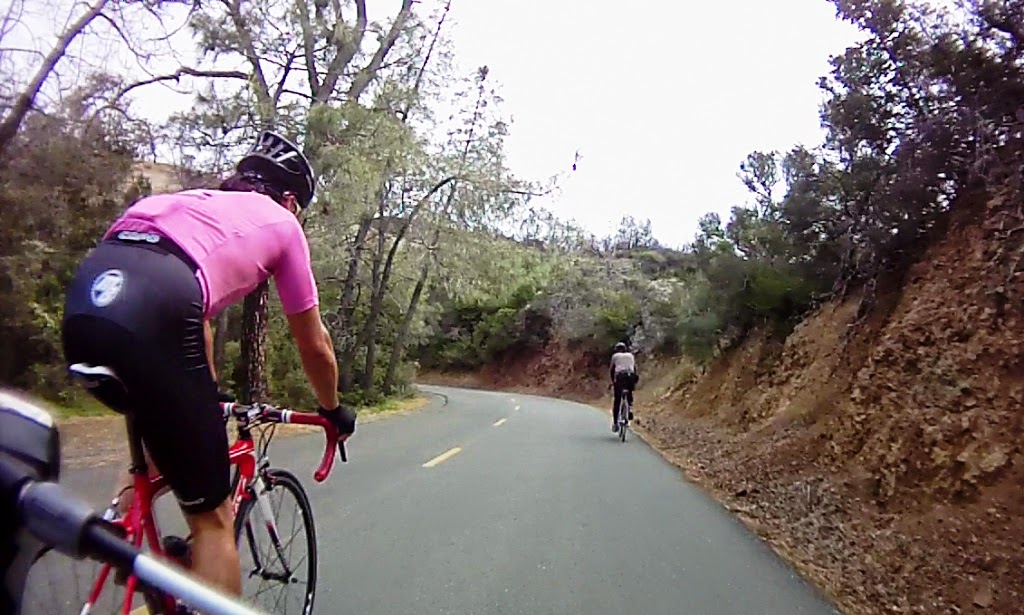 More riders on The Mountain than I've seen since last fall.  Ready for spring.

There was another guy we've been seeing every Saturday too - he's always coming down when we get near The Ranches.. a very slow descender.  We called him Sergeant Slow.

The one-year anniversary of my pelvis fracture!  (Actually tomorrow, but it was a Saturday so I'm saying today.)

Quit at the Junction again today... Diablo Daughter stretched out her birthday celebration over two weekends... plus, I just didn't have it.  Slowed down JB all the way up.

Way overdressed too - tights and a jacket when shorts and jersey would've been comfortable. 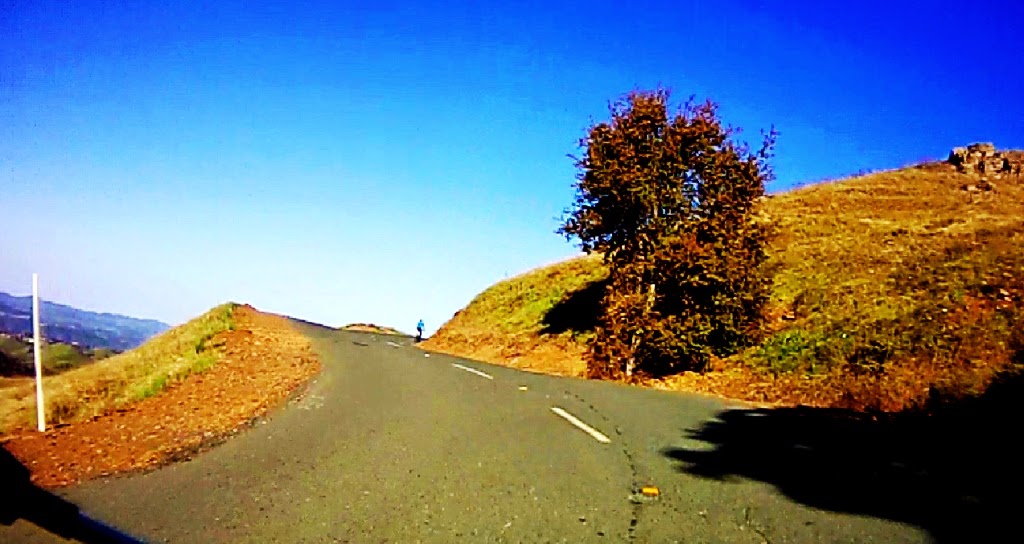