Wow, the 14th and this is my first Saturday Morning Ride?  Well, NYD was a Sunday, and then the next Saturday was the 7th, but I DNS for rain. So yeah.

Except today I was not feeling well.  Still getting over a rotten cold but not bad enough to stay home so I rode.

Felt rotten but figured I could keep going... until I couldn't.  Started to feel shaky and hot and then I told JB to go on without me. 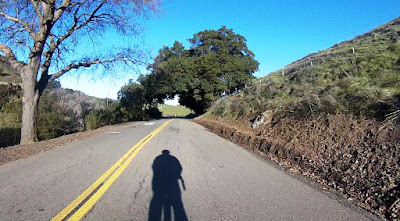 Home to warm up and the sickness passed... not the flu, I'll be fine.

Did you know the BAAQMD has a Spare the Air bike jersey?

I don't know if they get any profits from the sale, or if they have a club of employees that wear these or what, but they sell them on Amazon for $58. 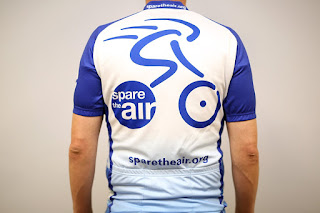 I checked.  The last time I didn't do a Summit ride on New Year's Day was 2011.  So that's six years without missing one.

Glued a new tire on the rear last night, so I was ready.

Weather was a little bit better than yesterday, and I brought some shoe covers.  Also applied some Beljum Budder to reduce chafing... should've used a little more.

And I wore my light weight gloves because my hands got too hot yesterday... another mistake... fingers were frozen on the descent.


Didn't see a single soul on a bike until Junction when this guy came down from Summit.  He said he was the first one there and he was rightfully proud of that trophy. 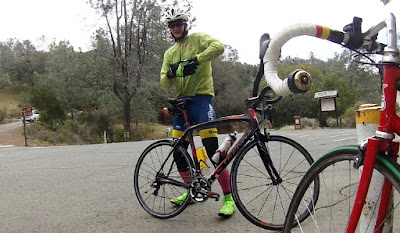 Also at Junction, this Moots guy came up from NGR and we chatted for a while about weather and bikes. 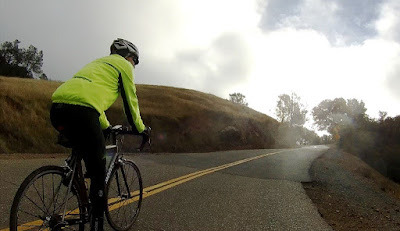 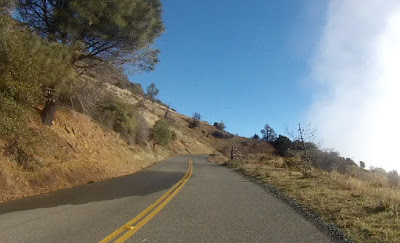 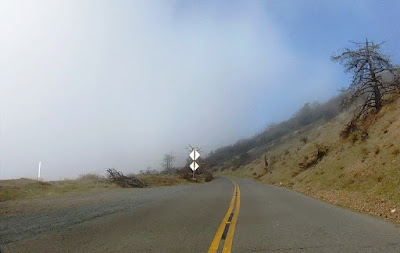 My legs were screaming going up the wall... and I had an SUV behind me. 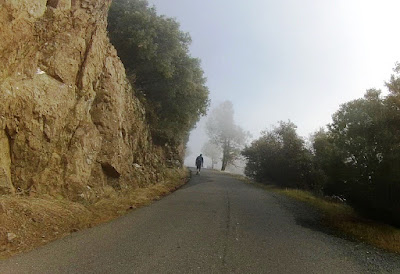 I was the 13th rider to Summit in 2017.  I counted people coming down and assumed they all made the Upper Lot. 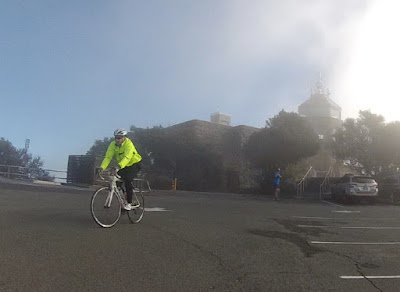 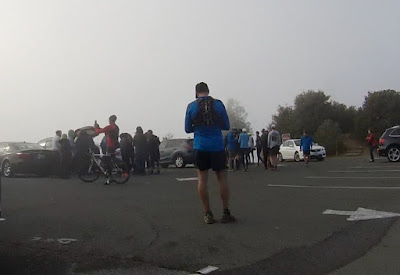 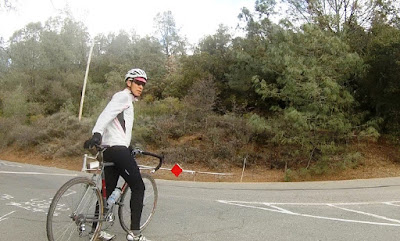 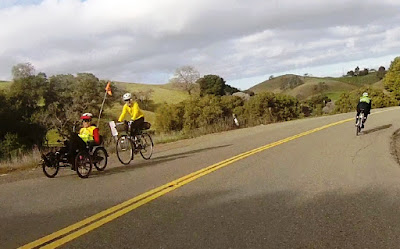 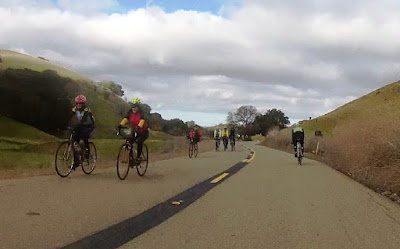