Almost back to normal.


First Bike Commute since Crash from Diablo Scott on Vimeo.

Strapped a camera mount to the headtube of my new commuter bike and did a few laps around the neighborhood.  Mount Diablo is still in the distance, but the call is getting louder.

This review is for the 2014 Trek District S single speed bike: not the belt drive version, not the steel versions, not the 9-speed version.  The District S replaces the discontinued Trek Soho single speed. 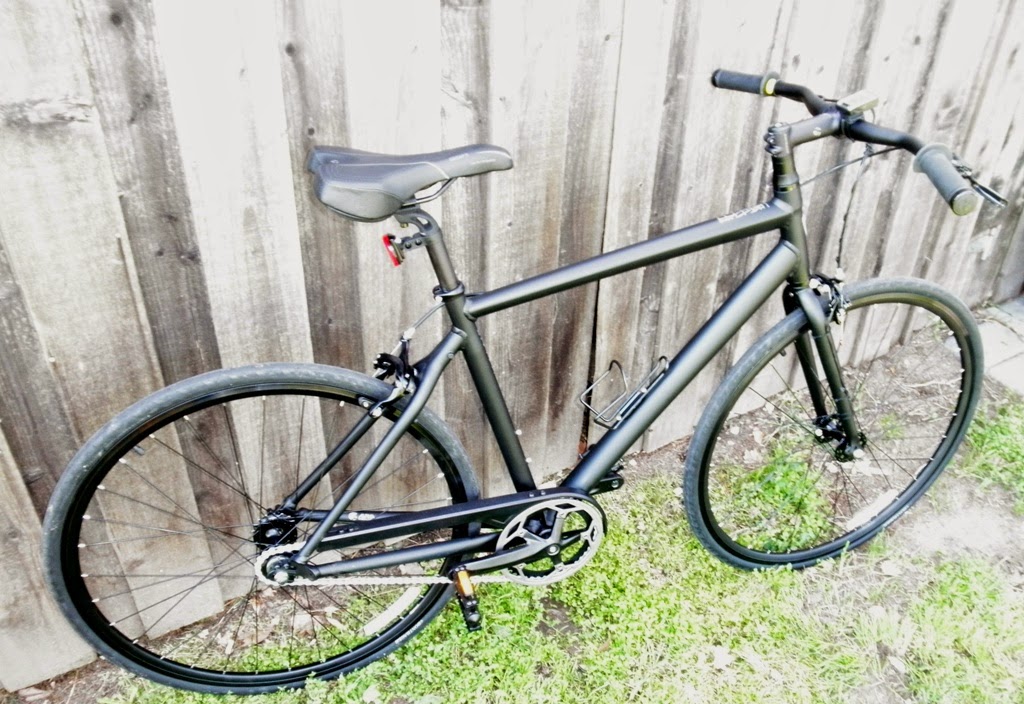 Update:  The Trek District S is not offered for the 2015 model year.  Trek does have a steel SS/FG called the Earl but I really don't like how it looks or the reviews it gets.  If I had to go shopping today for a similar bike to my Trek District S, I think I'd go for the Surly Cross Check SS.

Update - change that to the Soma Stanyan 18.  That's a cool looking fixie frame.

I was looking for a fixed gear bike for my daily commuter, and wanted one with horizontal forward facing dropouts, rack and fender mounts, room for cushy tires, and wide handlebars for lights.  There really aren't many bikes that meet all of those criteria; there are of course lots of fixies with track ends which are hard to use with fenders.  The Surly Cross Check single speed was another one I considered, but at $1000 it didn't look much nicer than the Trek at $600. 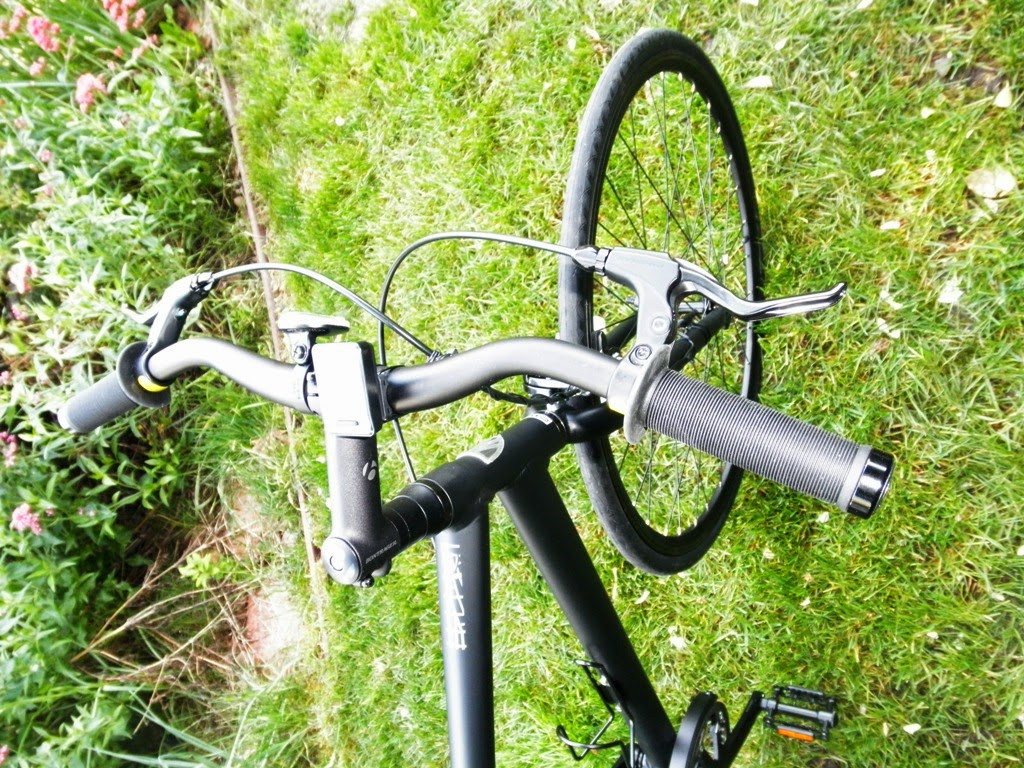 This bike has an aluminum frame – I would generally prefer a nice steel tubeset on a FG commuter for the dent resistance, but aluminum makes this frame nice and light so that’s a plus.

Some notes on geometry:  The District S geometry is about half way between a touring bike and a cyclocross bike – two styles that are frequently used as commuters.  The longer wheelbase is especially nice for heel room if you use panniers, and it also helps smooth out bumps in the road.

Another thing about the geometry - this bike has the highest bottom bracket height (11.5") (or smallest drop) of any style of bike other than the 29er MTB.  The good part about this is that I have NEVER scraped a pedal on a turn (happened all the time on my Masi Commuter that had touring geometry)... the downside is that it makes riding no-hands rather difficult... also when walking the bike you can't push it by the saddle without the wheel flopping... I guess that's kind of related.  No problem, the steering's not twitchy at all. 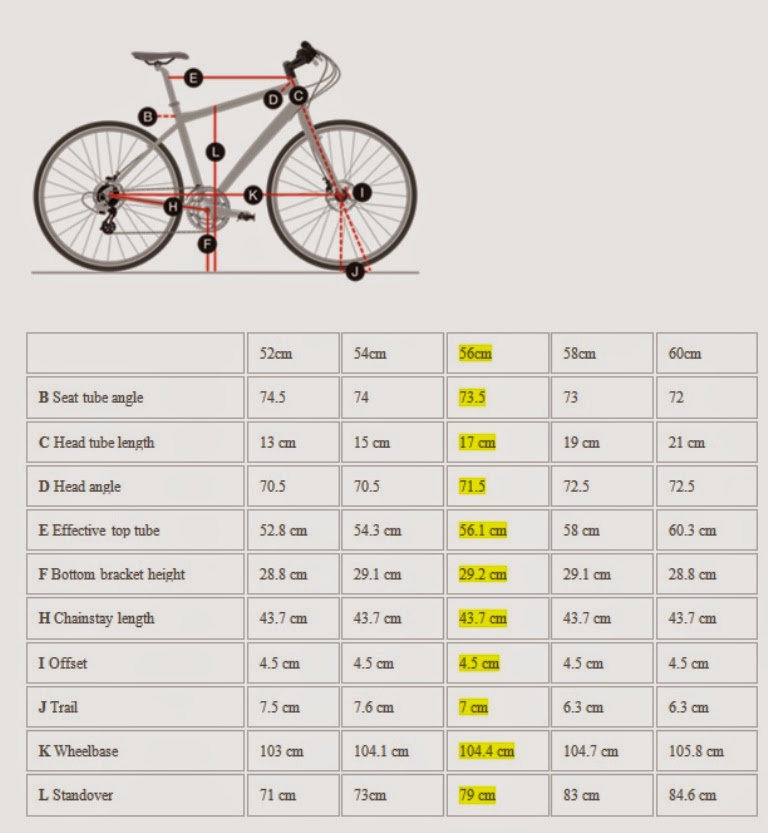 The ride:  Predictable and conservative, but fun; probably exactly what you'd want in a commuter.  The handling is more like a mountain bike with slicks than it is like a road bike; maybe most of that is just the handlebars, but if you like high speed cornering or spinning 130rpm from the nose of the saddle you'd be disappointed.  But it's also not a hybrid or comfort bike; it's zippy and nimble.  This bike would also be great for critical mass or light grocery shopping or any kind of urban riding including trails.

The Trek District S gets an 8.5 of 10 on the Diablo Scott scale of urban SSFG commuter bikes.  Minor deductions for narrow pedals, narrow tires, and Shrader tubes - I would have given bonus points for prettier joints but the welding is entirely appropriate for this price point.

Update:  I like this bike more every time I ride it.  But I swapped out the pedals for some wider ones without teeth, the grips for some ergonomic ones, and the saddle just because I had one available that was a little nicer from my road bike.

Yee-haw... not comfortable in the saddle yet, but this felt good.

Click here for video if you can't see it below.

Moving from Diablo Scott on Vimeo.