Wow, summer is OVER. It was actually chilly today, and windy... OK, no more excuses.

JB showed up with his foul weather jacket and tights... I had a summer kit but with long socks.

It's been 6 weeks since my cataract surgery, and suddenly I realized I had a broken blood vessel in that eye. Doctor's office said no biggie, but stop taking my steroid drops. Doesn't hurt, doesn't affect my vision, looks disturbing. 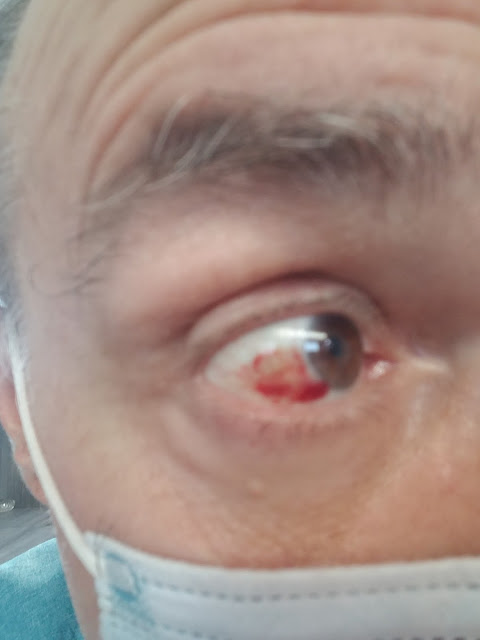 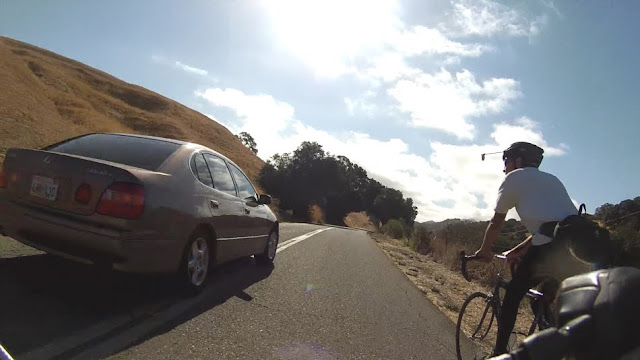 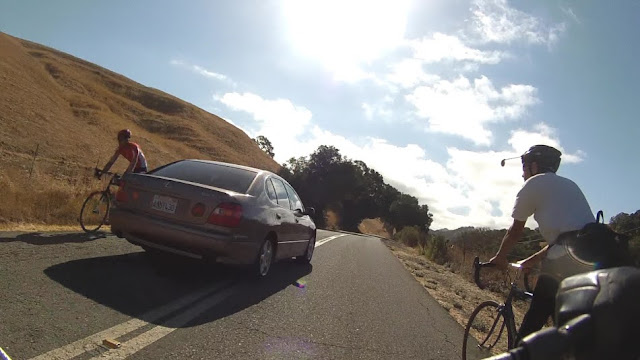 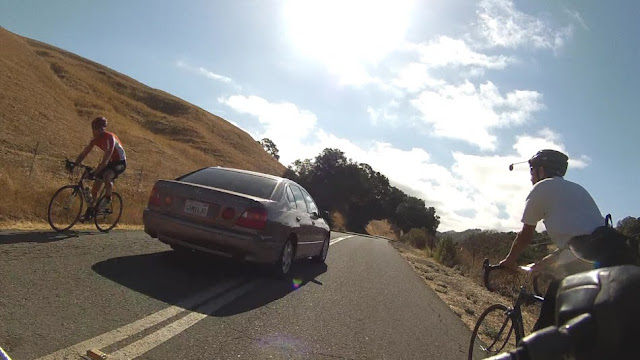 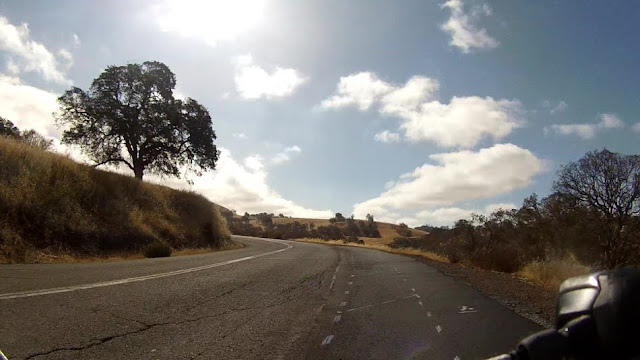 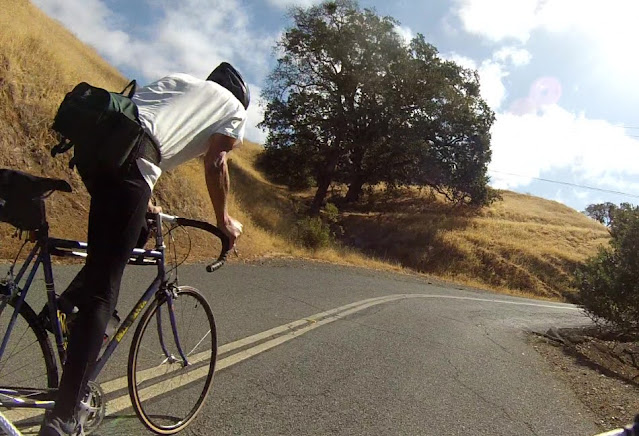 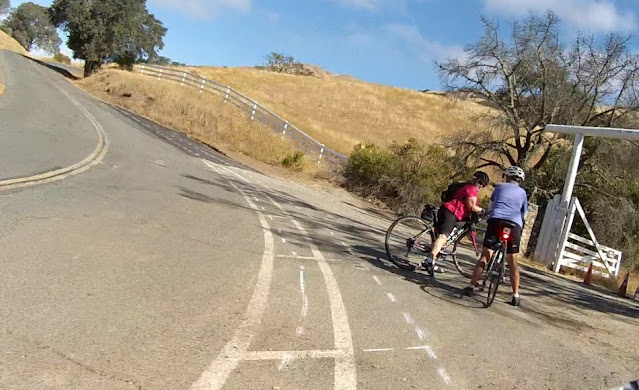 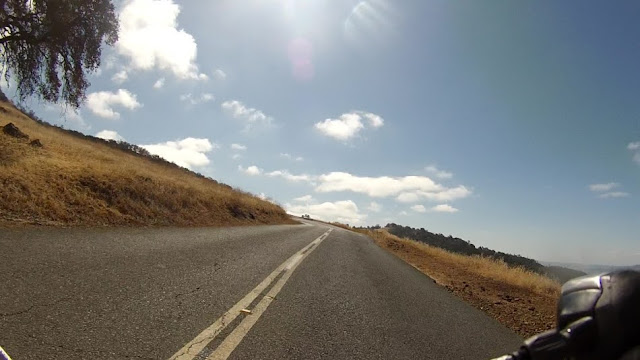 I made a video of the close call - check it out, and be careful on The Mountain.

Well after a solid week of the highest temperatures in living memory, today was pretty nice. I didn't go Wednesday because of the heat and I felt unfit today. JB had no trouble breaking away and beating me to Junction.

He told me that he did go on a ride Wednesday, but not Diablo, and that he had his second flat. So that was one flat on the Pig Farm ride, one flat on Wednesday, so we both knew that #3 was cued up. The we saw a couple guys on the side of the road fixing a flat.

Then on the way down, he was ahead of me, and when I caught up to him he was on the side of the road fixing flat #3 in two weeks. He assured me he didn't need any help or gear so I went home. Later he called and said both of his spares were bad, and a guy even gave him a THIRD new innertube and THAT one was bad too... and he needed a ride home.

FYI - if you tell the Ranger at The Gate that you're just picking up a friend with a bike breakdown, they'll give you a provisional pass that's good for just that task, and a warning that you can't hang around inside The Park. 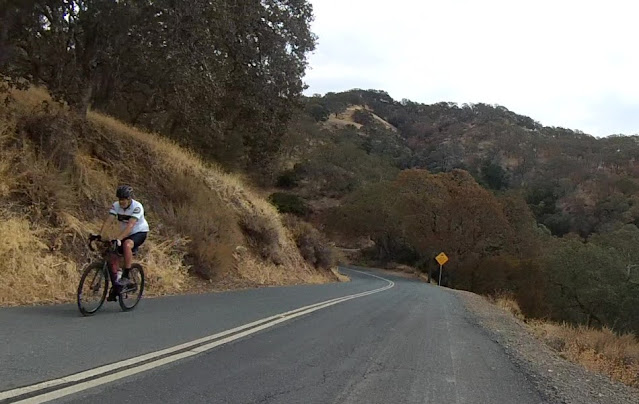 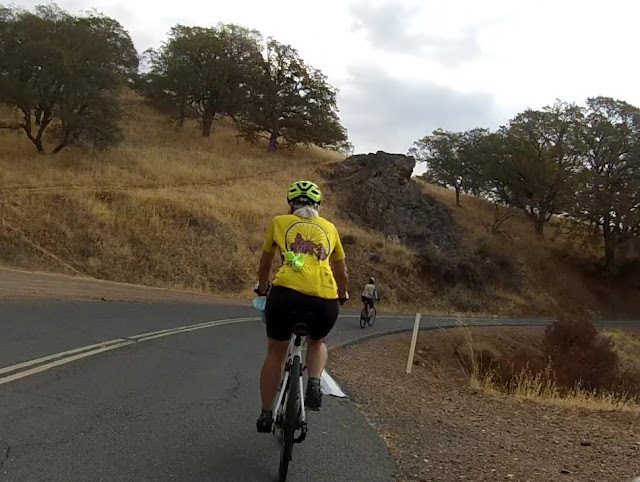 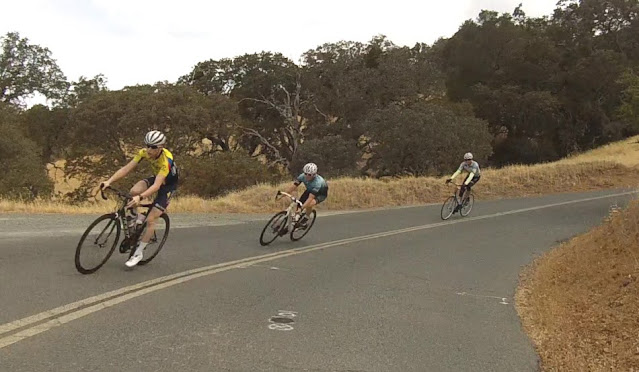 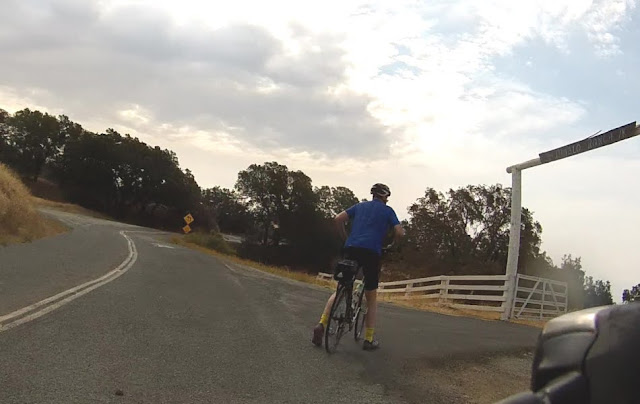 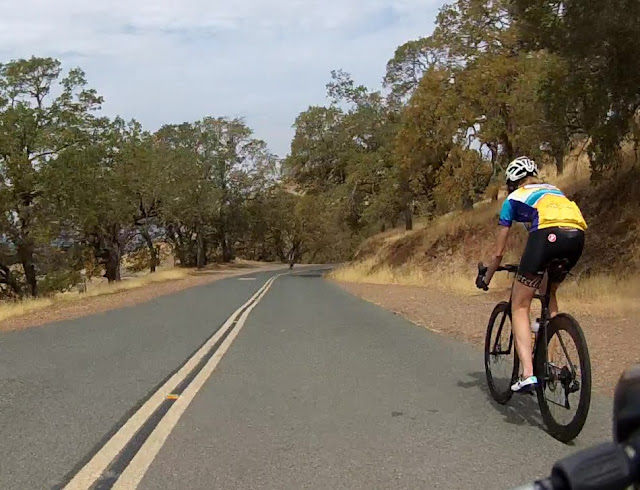 NGR was open, although they're not quite done with the bike turnout lane construction. Actually the whole Mountain was open. But it was hot and lots of people have exited for cooler areas so there wasn't much auto traffic at all, and cycling traffic was lighter than usual.

I told JB I felt good, but not very energetic. He asked what that meant and I realized I didn't know. Thought about it for a minute and decided it meant that I wasn't expecting a strong finish. Sure enough, I faded badly the last couple miles.

Talked to a tall guy on a classic blue Ciöcc near the Upper Ranch - my first serious bike was a Ciöcc so we had a connection.

The rangers at the Junction were discussing how they were concerned about needing to rescue people from heat illness or fires, and they were hoping it wouldn't be necessary but some folks be dumb, yo. 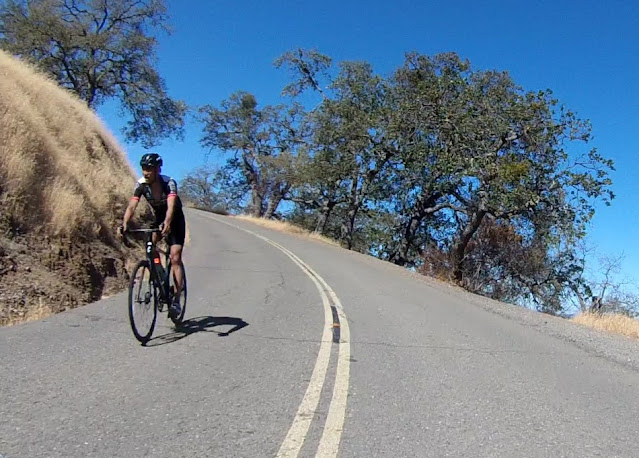 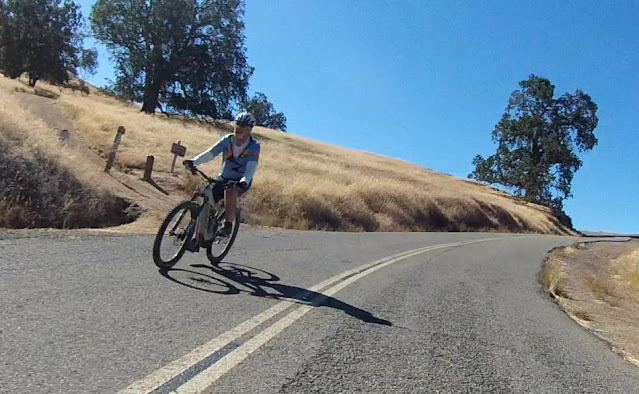 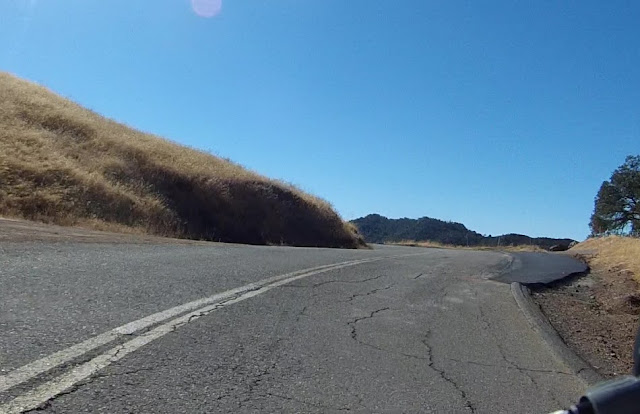 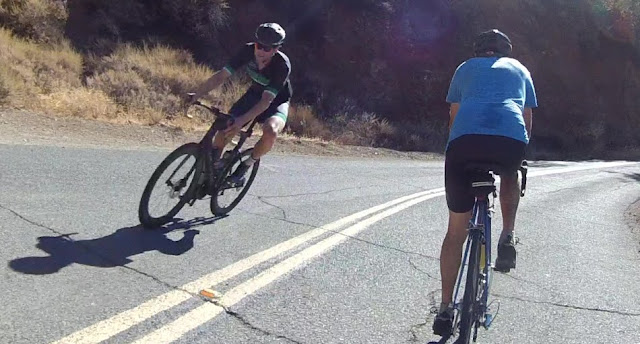 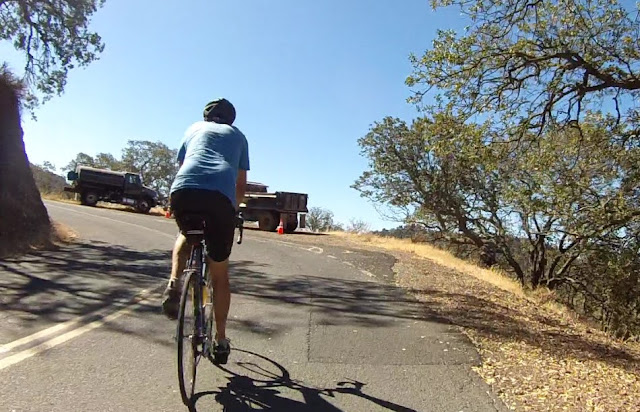 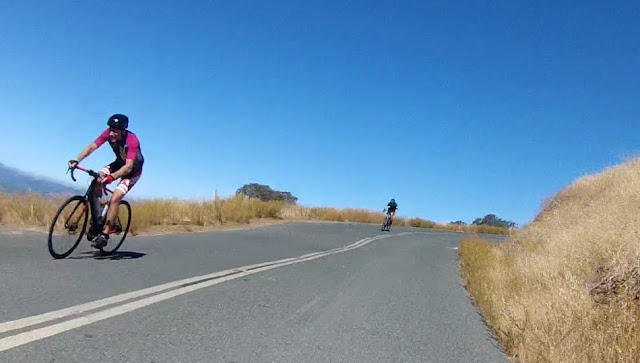