Today's contingent:  me and Seppi.  He waited until the Bump to loose his horsepower. 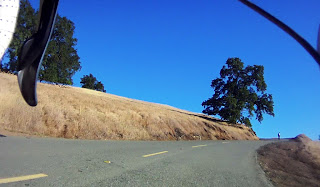 I've been looking over the Amgen Tour of California results for the Diablo stage and found some interesting segments on Strava.  Depending on which segment you reference, the new (Strava) record for Mount Diablo from the south is either Marc de Maar, or Lawson Craddock.  Both of these guys were in the main peloton when they entered the park.  I contend of course, that the only segment that counts is the Official Diablo Scott Strava Segment.

Of course the TRUE Diablo from the south record probably belongs to stage winner Koenig, who apparently doesn't have a Strava account... doing a little extrapolation, we see that he beat de Maar by 44 seconds, so subtracting that from de Maar's (Official Diablo Scott Strava Segment) 39m02s puts the number at 38m18s: truly phenomenal.  Here's hoping next year they take North Gate Road instead of the Easy Side. 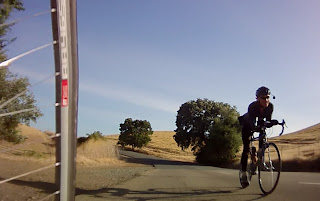 I had aspirations of extra climbing but the wind sucked it all out of me. 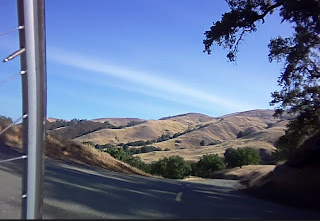 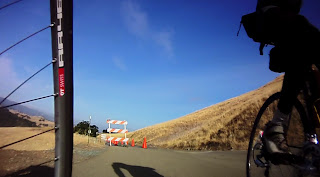 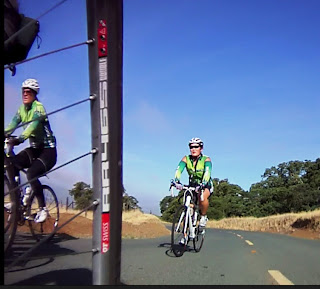 There was a Team in Training endurance ride today... these folks were part of "Team Ironman" or something like that.  Route arrows and a support vehicle and everything. 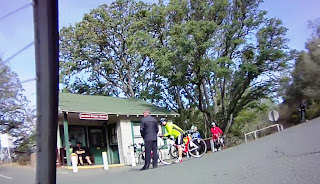 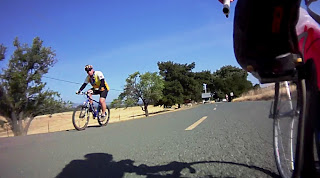 Kevin asked "How do I get faster?"
I explain interval training.
This is his first ever one-minute interval...
starting from the plastic post.... GO!
He'll be dropping us all one of these days.

I've been waiting for today for at least six months.

Last year when the AToC came over Diablo it was not a decisive stage, not a decisive point in the stage, and not really that interesting since they just came up to Junction and went down the other side in one big group plus a meaningless breakaway.  Also they didn't show ANY of it on TV since it was before the coverage started.  But I guess we impressed the race director enough to convince him that Diablo deserved a mountain top finish.

Left home a little before noon planning to be at my spot by 2pm and that worked just fine.  I was kind of hoping my spot wouldn't be too popular... increasing my chances for international television fame; but there were hundreds of people there... including a guy in a chicken suit, a girl in a cow suit, and another guy in fishnet stockings and a bodice.

Race entered the Park at 3pm right on schedule.  New climbing records were set for the SGR-Summit route; The stage winner probably had the fastest time but it doesn't look like he has a Strava account.  Awesome that anyone could do such a fast time after a hundred miles of racing before they got there.

Me, Tall Charlie, and Seppi.

Windy and kind of cool.

Also met Colnago Jason from Iowa City (he spotted my Hawkeye socks)... said he was "just a pup" when I escaped in '79.
Posted by Diablo Scott No comments:

JB was running late so I did a solo to Junction.  This time I went for an assault on Split 2 - Penny Lane, starting at the park boundary sign.  The hard part about this segment is you don't have your climbing groove on quite yet, and as soon as you're done you face the Bump so you know you won't get a chance to recover at the end of your hard effort... 90 percent of it is half-mental.  Missed my PB by 3 seconds. 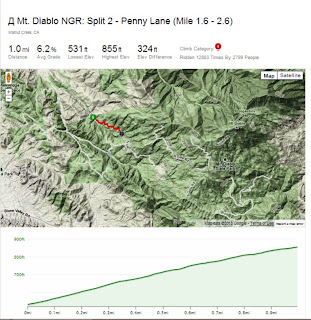 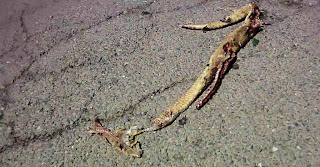 So the rest of the way to Junction was done in oxygen debt.  Also, it was getting pretty warm.

At the Junction JB showed up a few minutes later, and then ex-regular Moss arrived with his FIL on the way to the Summit.  Moss said he was a volunteer for the AMGEN Tour of California Mt. Diablo Stage.  He'll be directing traffic on NGR early in the morning and he bought one of the special jerseys that aren't available to the GenPop until race day... also he says they told him the finish is definitely at the Upper Lot - and it sounded like they will be taking the Challenge route where they go up the down wall.

The Team ClubSport folks were doing a ride up the Easy Side so JB and I went down to meet them but they weren't there yet so he went on around and I waited at the Tire Poppers and then came back up with them for a Bump de Bump. 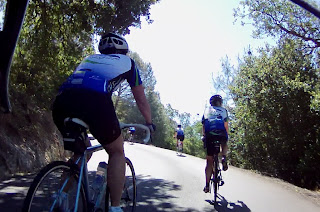 After a hot few days... today was pleasantly cool.

The wristband on my heart rate monitor broke last week.  Replacements were impossible to find, so I just glued the watch part onto the handlebar mount with a big glob of Liquid Nails. 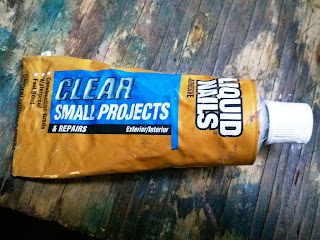 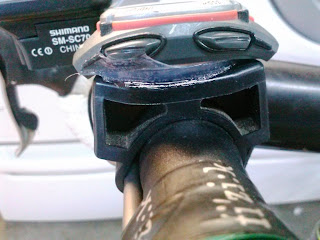 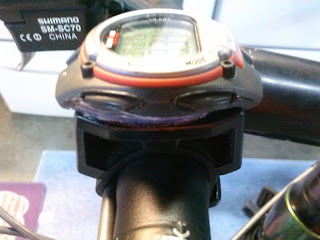 Me, JB, and Seppi all rode well together for the first few miles but it was obvious that I was breathing harder than they... so I struck out with great vengence and furious anger up The Bump and stayed away until the Lower Ranch when they caught me back up.  I figured it was better to have flashed and flared-out than never to have flashed at all.


Lots of people at the Junction, many talking about The Amgen Tour of California Mount Diablo Stage coming up.  Still not sure if they're going up the Wall though.  No bikes past Devil's Elbow, but there will be bike vallet parking there so you can hike up to the Summit.

At the Junction, some guy driving a brand new car scraped the passenger side on the swinging barrier gate that was propped open... he was backing up and appeared to be not only a bad driver but an all-purpose twit.  The ranger went over to make sure he wasn't drunk or something, the rest of us all just laughed. 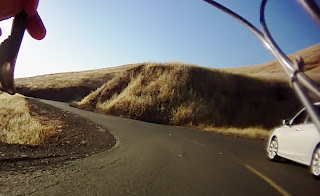 Hot, dry and windy... I'm afraid we're in for some fires on The Mountain soon.

JB wore his tights... he has some temperature below which he won't wear shorts... but today he was rethinking that because it warmed up so fast.


Wildlife Encounter:  Deer at the Bump 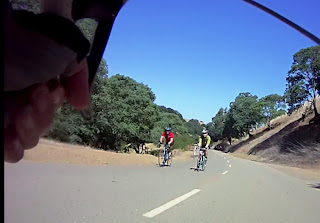 Good crowd from work.  JB rode his Atlantis.  I explained my bottle-freezing technique to Seppi.

Roadkill Report:  a lizard... this was an uneventful ride.