FIVE guys from work tonight... including Justin, who has been riding for a while but has upped his game to include The Mountain... He appeared to enjoy himself, I prophesize he'll become a Wednesday Night Regular. 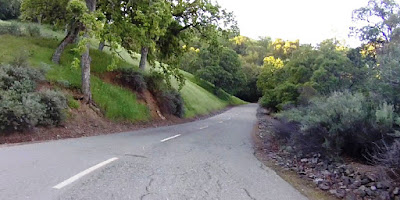 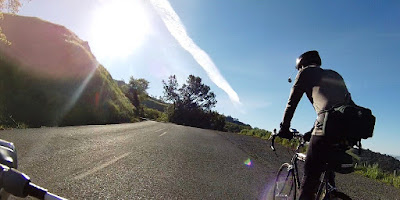 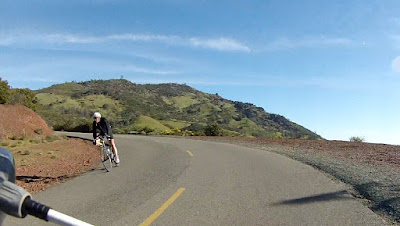 At Junction, we connected with Al again.  He said MDSP has given the "Mount Diablo Cyclists" their own window in the shack... so look for announcements and other info there... right above the bike rack. 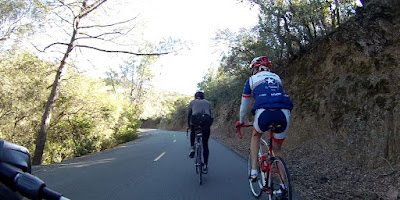 Al rode with us up to Summit, and we discussed more about plans for safety improvements.

If you're on facebook and haven't joined Al's MOUNT DIABLO CYCLISTS, group, you should go check it out. 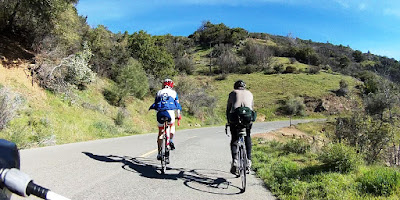 He says literally everyone is on-board with the basic ideas, there are some specific ideas that are still being refined, and then of course there are funding issues. 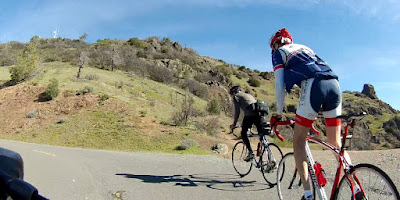 Then right on cue, some dumbass in an SUV makes a dangerous blind curve pass.  Al's trying to get MDSP to send warning letters to these guys... I sent him my video of the incident for effect, a still shot of the license plate, and a statement to include with his request. 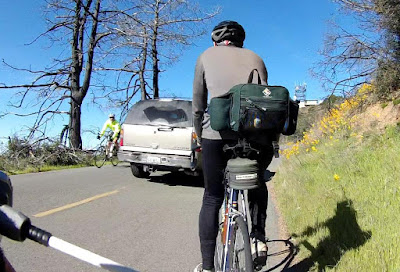 I don't think the driver had any idea how close this was to being a collision.  Good move on the cyclist's part... I think he heard us shouting (obscenities). 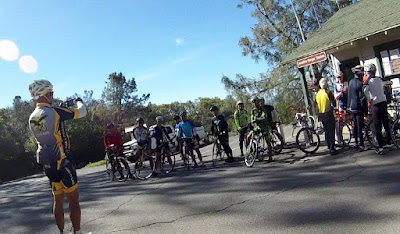 If you're going to get a flat tire, the best place for it to happen is when you're almost home and can ride in without fixing it.  I took the opportunity also to wipe down the rim and spokes. 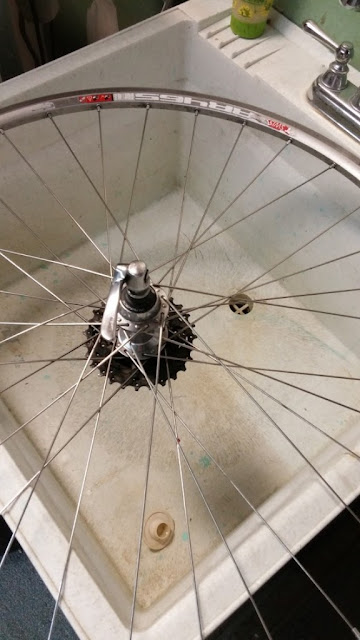 I decided my Strava Climbing Trophy was a little too boring, so I spiced it up:

Nice and warm and I felt GOOD.  I pegged my heart rate at Zone 4.9 and left it there. 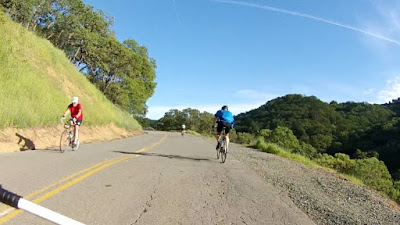 We've got a pack of riders who really go for it on Wednesday nights.  Everybody attacked at the Gate. 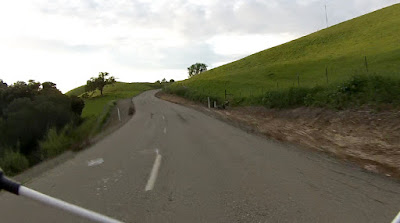 Summit rides are about 1150 meters,
Junction rides are about 600 meters,
And 4500 meters for the month will earn me a cool poker-chip award from Strava.
Should clinch this one on Saturday - don't miss it!

It's been two years since my broken pelvis crash.  In honor of the anniversary I rode the same clothes.
Hari came again.  That's commitment coming from Berkeley to be at the Gate at Eight. 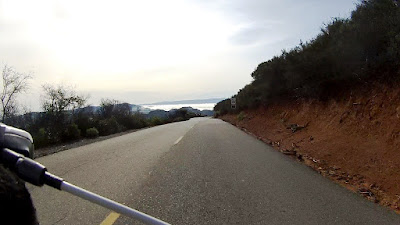 Last weekend of winter - I decided it's time to start riding the Klein again.  Took him off the hooks last night and he didn't need any adjustments or anything.  Tires were firm enough that I knew I didn't have a slow leak.  Pumped them up and I was ready.


Colonel Al rode with JB and me up to the Summit and discussed the plans and schedule for safety improvements. 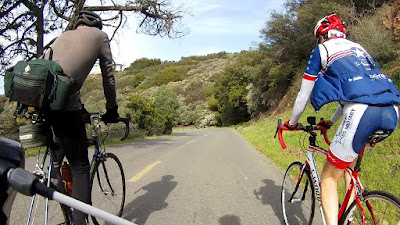 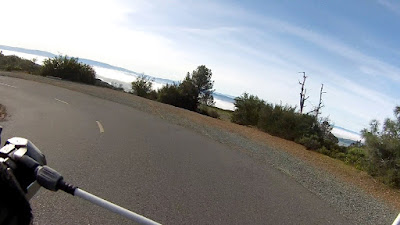 Felt good to be riding in shorts on my fair weather bike.

Six of us from work tonight.  Great weather, warm and calm.  Probably the last ride of the year on my Merckx... Winter's over, and I punctured my tubular...unless we get a rainy Saturday or Wednesday, time to take the Klein down off the hooks. 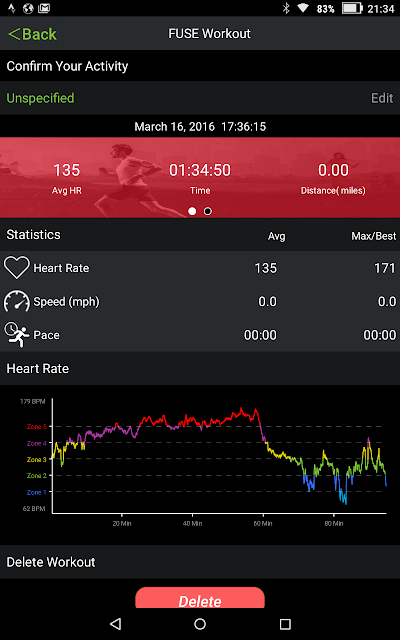 36°F at The Summit this morning.

Only the hardiest of cyclists and a few crazies were riding today. 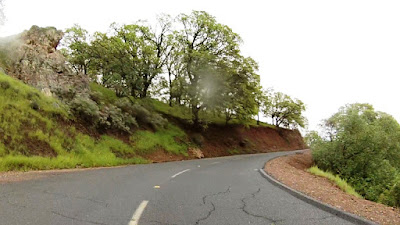 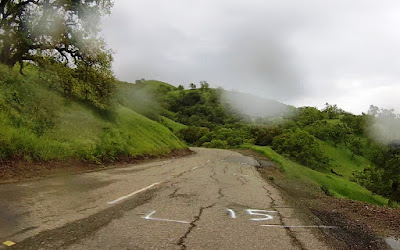 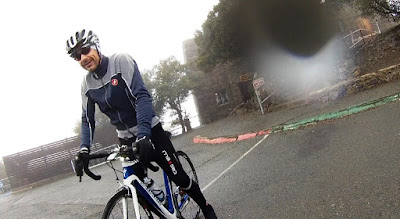