The good weather really brought out folks enjoying The Mountain this morning.

Wildlife Encounter:  1 deer on The Approach,  and a SKUNK!  don't actually see too many skunks on Diablo... he was about a half mile up from Junction eating some road kill or something... ran off and gave us the warning posture when we went by real wide. 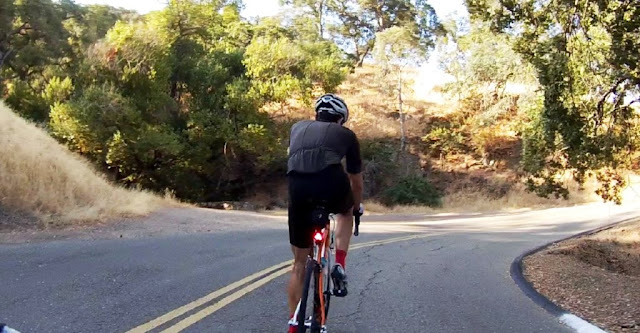 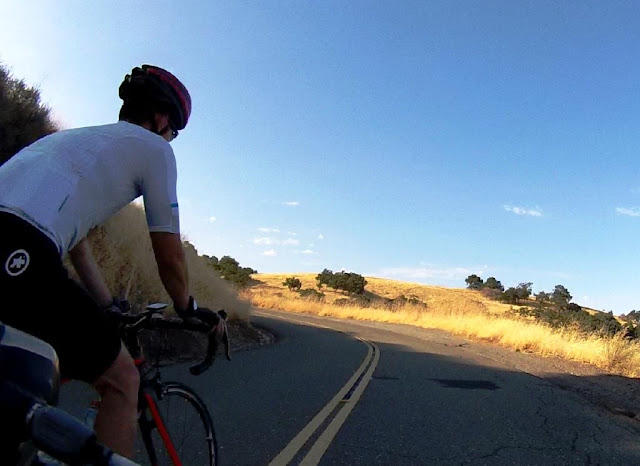 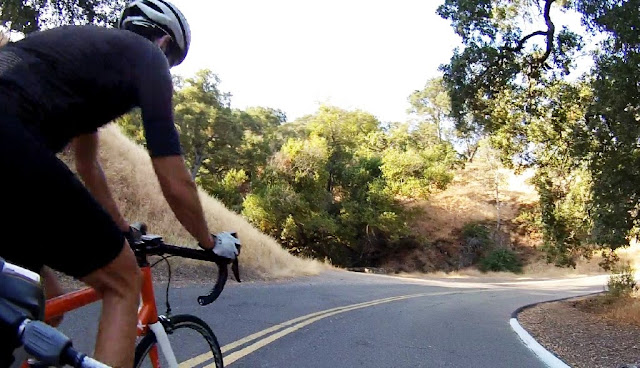 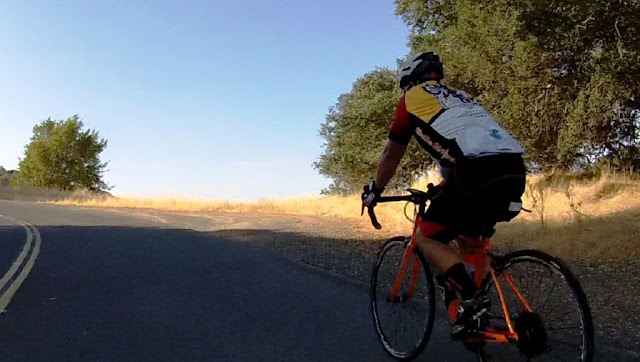 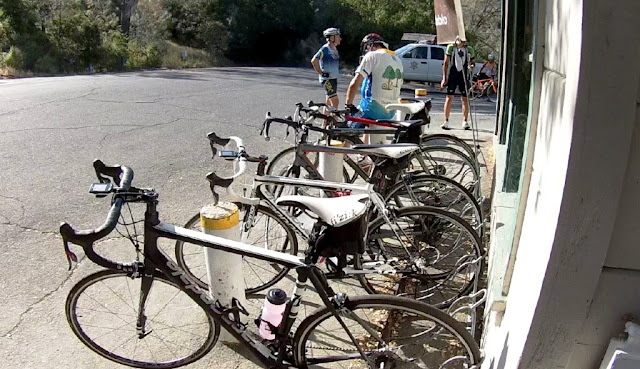 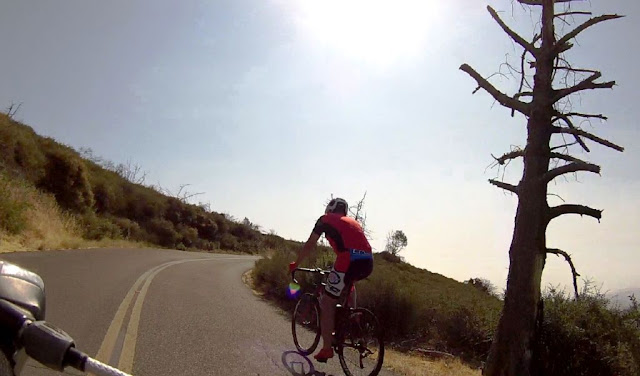 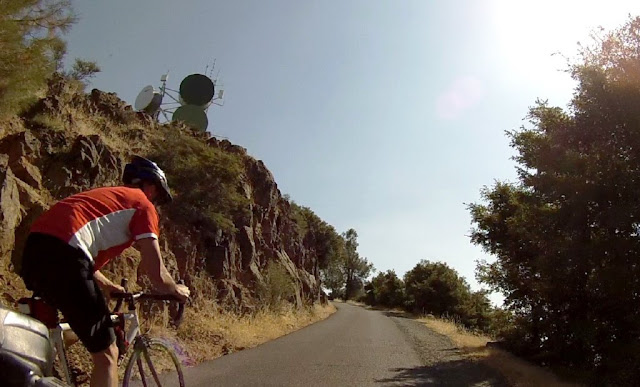 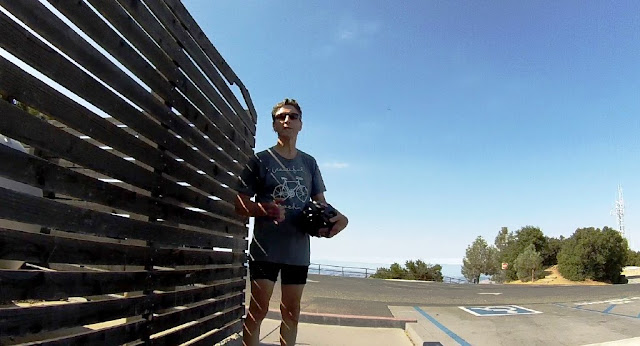 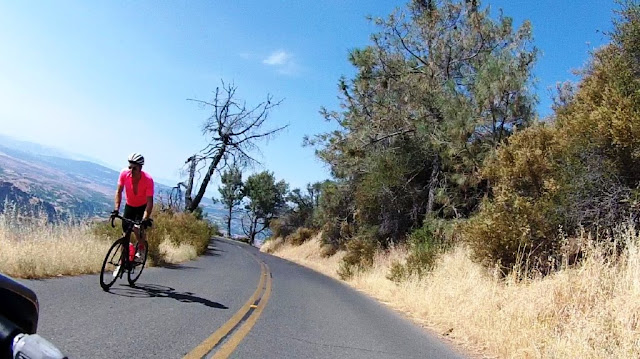 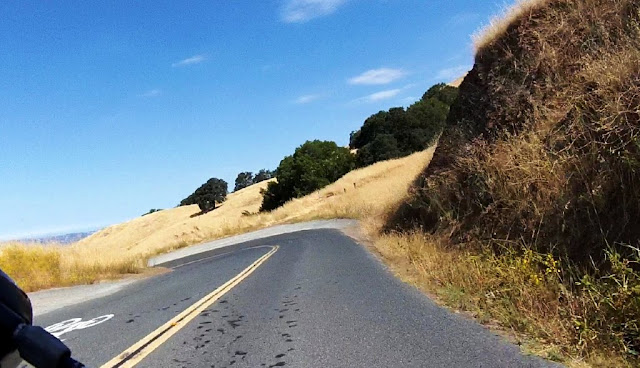 The Death Ride is today, but there were still plenty of riders doing The Mountain.

Very warm, not hot.  Some new safety cones to protect the riders at Junction... not sure how much good they'll do.

JB discussed rebuilding his Campy shifters and hassles associated with ordering old parts on the internet.  He doesn't yet have his triple.

From up high, we could see that San Francisco was socked in with some kind of dark fog or something. 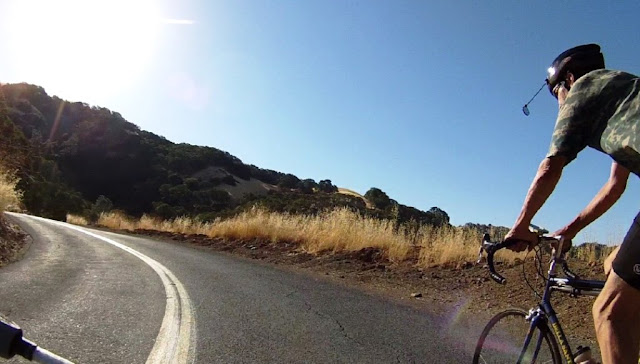 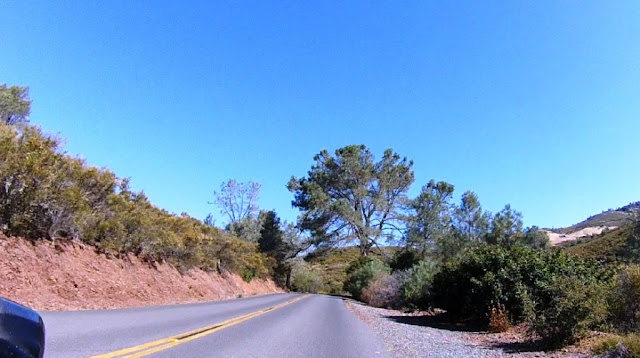 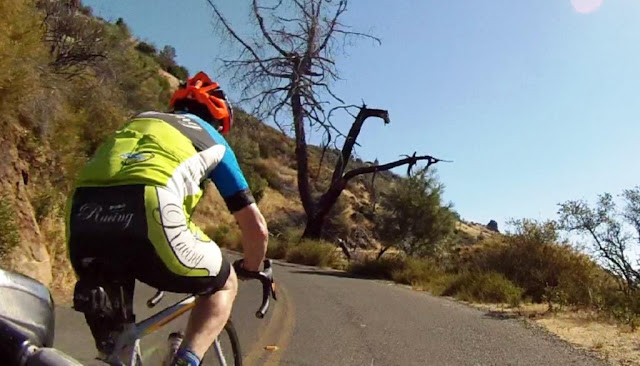 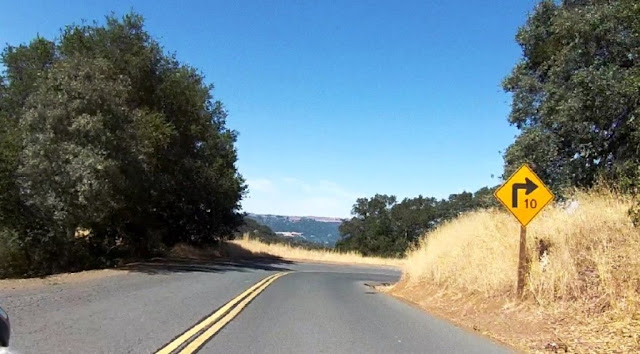 No wind today, pretty warm though.  Lots of riders on The Mountain, but not a lot of serious-looking Death Ride trainers.

Wildlife Encounter:  turkeys, a couple lizards, and one little bunny.

JB has finally bit the bullet and ordered a kit to convert his bike to a triple.  Currently his lowest gear is a 42x26 and it's painful watching him grind up the steeper bits.  His new lowest gear will be a 30x26 (he's not getting a new cassette).  He asked me what my lowest gear was in "gear inches" and I didn't know for sure... but something less than a 27-inch which would be 1-to-1.  I have a 34x27... I tried to round off the division in my head, and then I had a mathematical epiphany... if your rear cog is a 27 with normal wheels, your gear in gear inches is the same as your front ring... so I have a 34" gear!

Then a woman cyclist passed us on The Bump, and I thought I recognized her from a Strava friend's photos so I caught up and it wasn't who I thought it was but she was a friend of a friend so we had a short chat before I let her drop me.  Then I slowed down to let JB catch back on.

And then my neighbor Mark passed us up and I was feeling good so I hopped on his wheel for almost a mile before I gave up at Chainbuster.

At Junction there were a lot of people and I ran into Strava friend Jim who also noticed that the folks were a little less intense this week and maybe the Death Ride people were taking it easy... someone overheard us, and said that indeed *HE* was doing the DR next week.  We wished him well.

Turned around at Junction because WORK. 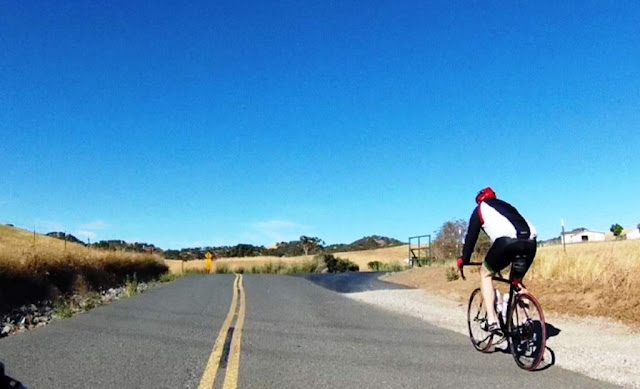 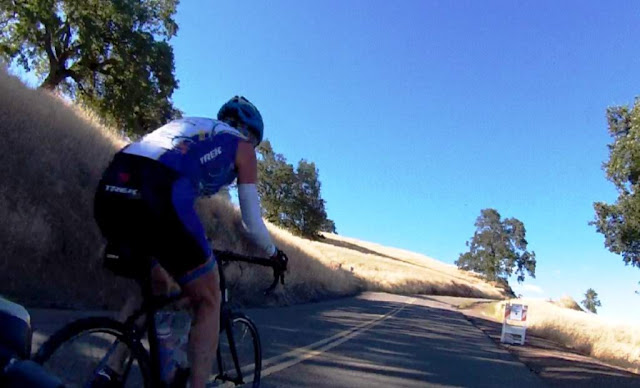 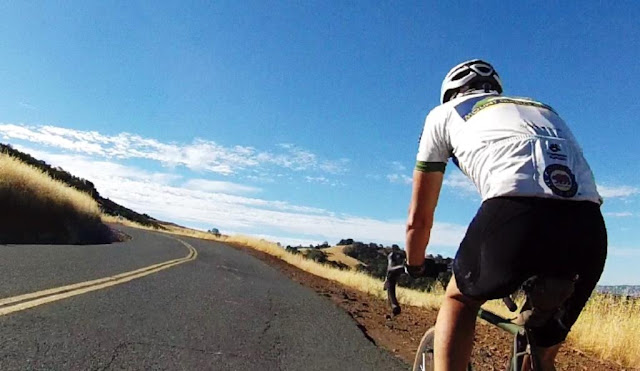 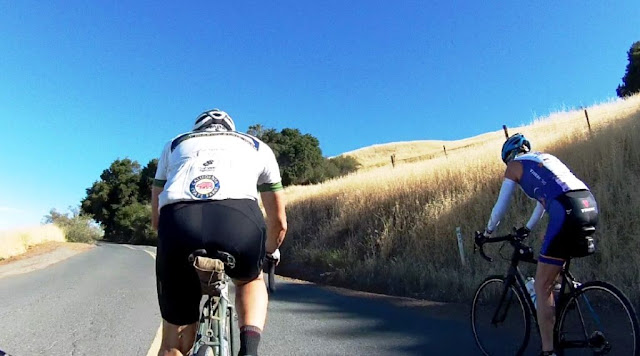 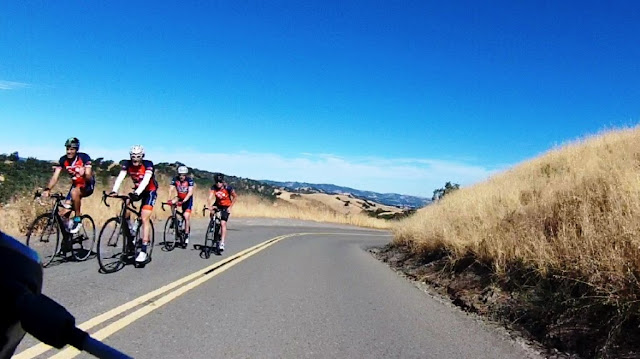 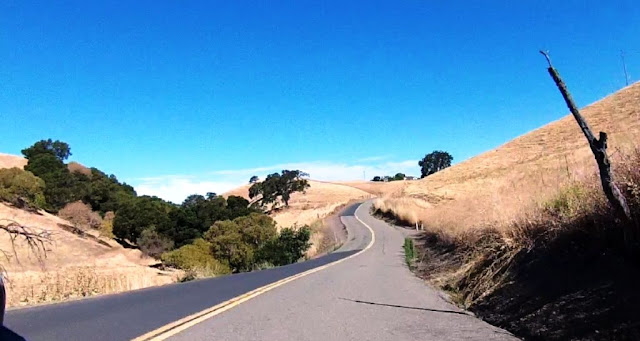