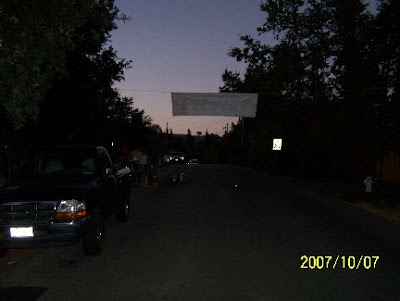 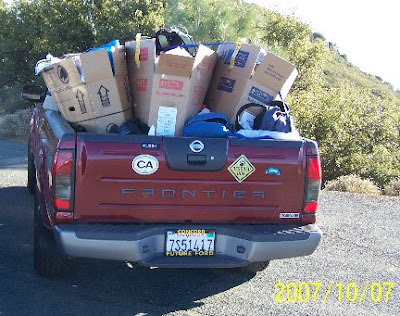 
Afterwards, I was in a caravan following the last group of riders down and we came upon a rider who had two flats and ran out of tubes so I gave him a ride down, he was a nice guy who'd been riding road bikes for 30 years so we had a nice chin wag the rest of the trip.
A fine event and I got to see it from the inside... I'll probably do it again next year too.
Posted by Diablo Scott

Continue to keep us posted, please.

I was up on your mountain today, it seens that during the road maintenance on North Gate they paved over the bump and there is no more bump!

The Bump is still there. Perhaps you should consult
http://diabloscott.blogspot.com/2000_03_01_diabloscott_archive.html
for a description.

They did do a good job of smoothing out the little pavement dip just below Son of Chainbuster, perhaps that's what you were thinking of. They didn't do anything to the dip at Wounded Knee.