JB said he was coming but I was a few minutes early and put the rock up. 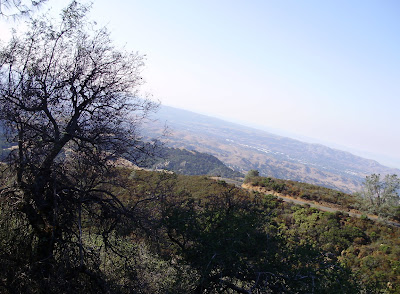 Rick was a surprise guest, caught me at Penny Lane and then we rode together for a few minutes before he launched his Challenge trial run at the bottom of the Bump. 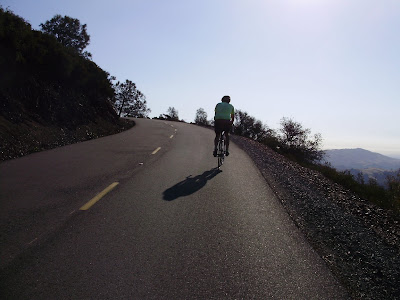 Wildlife Encounter: Buddy the Buck of the Bump, two coyotes, and one dead snake.
Passed'em-Passedme = 2:2. 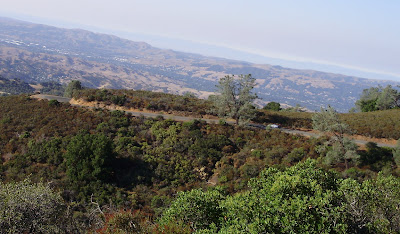 Pulled into Junction and then Peter rolled in too. It was already 85°F by now. There were a couple guys from Finland there too - they noted that there is no training you can do for mountains except riding mountains.

So Peter and I continued up to Juniper where we waited for Rick to come down. 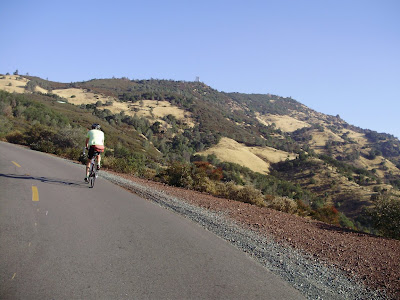 We all regrouped at Junction and then went to the Kiosk on South Gate Road.

I took a flyer right from the line and just barely managed to stay ahead the rest of the way.

Met blog reader Pommi who was preparing for the Challenge and we talked for a while before he dispatched me. Lots and lots of riders coming up the Easy Side. 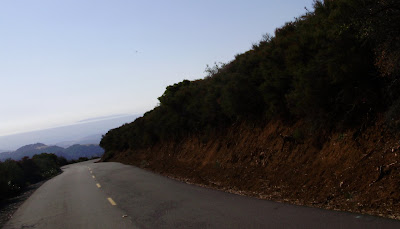 It was really hot now so we opted for a Jamba. Odd that next week it might be back in tights again.

For some reason, the local buzzards fancy the roof of the Mormon church... appears to be several generations of guano accumulation up there.