My plan to under-dress for the first hour of the ride worked again... I was a little cold until almost Junction and then it warmed up nicely and I took off my winter gloves.

At Junction we connected with Colonel Al and his friend Carlos who was a Euro Pro! about 30 years ago.  He said he loved my "old school" Eddy Merckx.

Al rode with us to Summit and he talked about an e-MTB ride he'd done a few days ago to the "old hotel that burned down"... with swimming pool and chimneys and everything still there... but the place he was describing was not where I always thought the "old hotel" was.  So we kind of argued, but neither of us was really sure what the real story was... it was a park employee at the visitor center who told me (a long time ago) that it was just above Junction, off the road that now goes to the park superintendent's house ... sort of across Summit Road from the Sunset picnic area... I started calling it "Hotel Road".  Al said maybe that's what somebody told me but he's actually been there and it's on the south side of The Mountain closer to the Summit... and you can get there from Curry Point.  Hard to disagree with that.  I took solace in the fact that if I were wrong, it wouldn't be my fault.

And after the ride, we discovered THE TRUTH.  The hotel was indeed where I thought it was, and the place he had been is called The Green Ranch... located of course, on Green Ranch Road.  It wasn't a hotel, but a summer home for a rich Berkeley family built in 1939 and demolished (not burned) in 1993... odd that I had never heard of it but nice to have some more history. 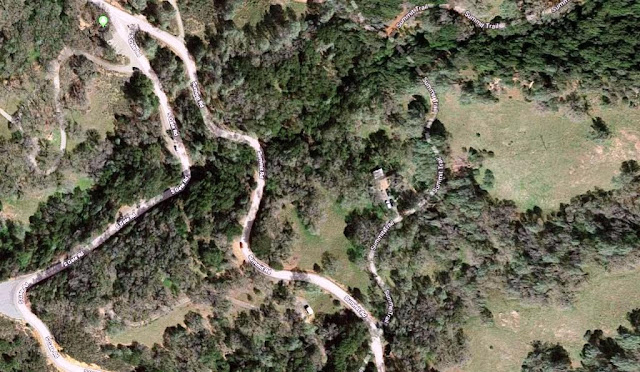 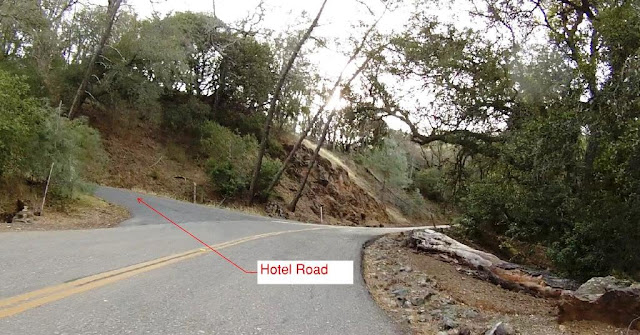 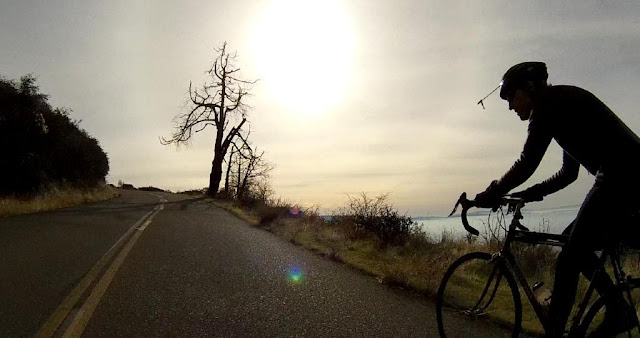 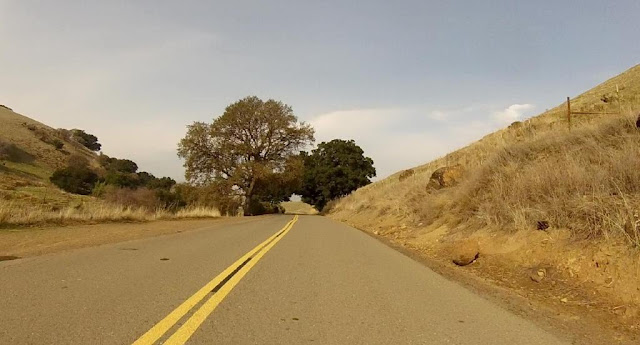 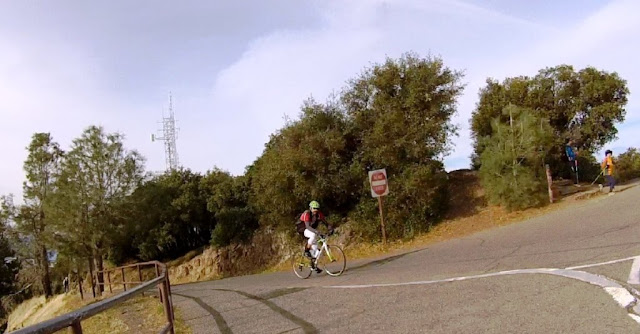