Charlie's back from the Rose Bowl, JB got his bike back from Ed Litton, and Justin still doesn't have a job, so we had a full crew for the first Wednesday Night Ride of the year, at 2:30 standard time.  Forecast was for rain at 5 o'clock but I didn't believe it.  It was warmer than I was expecting and I got a little sweaty.

Charlie wore his knee warmers, and I joked that they were tights that just weren't long enough.

JB's bike looks like new, he had it assembled well-enough to ride but still missing a few bolts here and there. He enjoyed the feeling of being fast and we finished ahead of the other two.

Justin wore SHORTS! He rode from home and then went down South for a long loop for some extra training.

Wildlife Encounter: big pack of deers.
Deers is an accepted plural, but it is rarely used.  Except by ME!

I was rushed to get to the start on time and forgot to pump up my tires, so they were a little soft (latex tubes), which was OK because TUBULARS.  It was a little different kind of experience.

Diablo Shoutout to Lance Oldstrong, who enjoyed having his butt kicked on The Mountain
by his fledgling son. 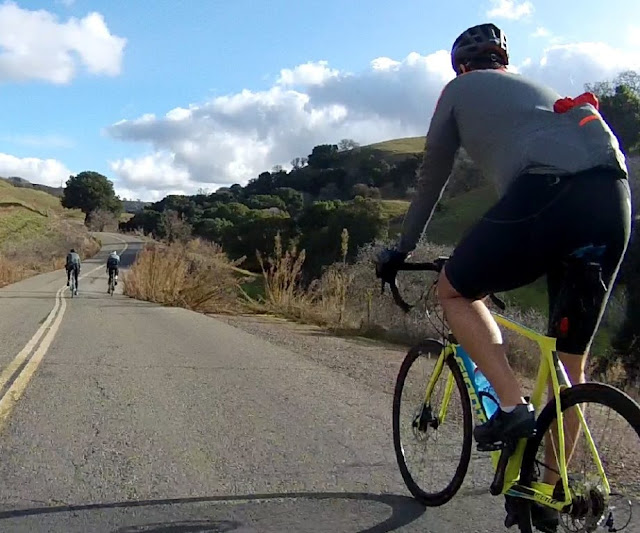 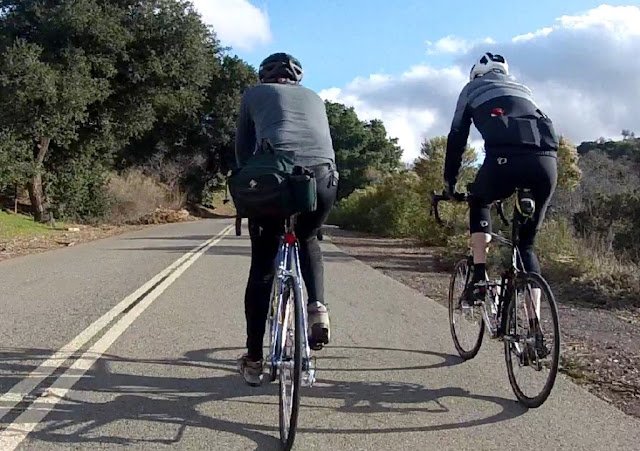 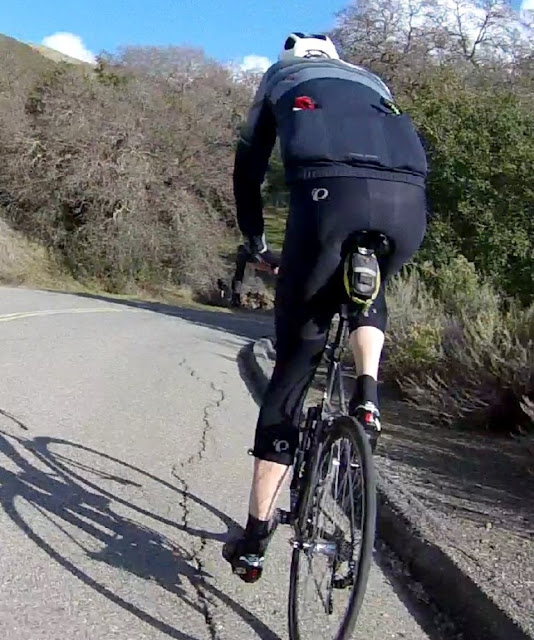 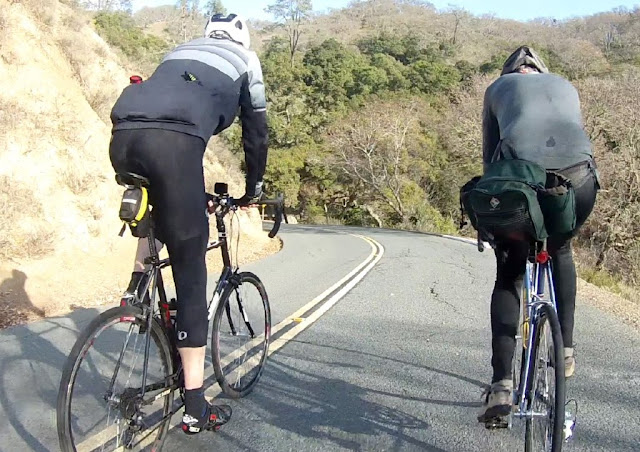 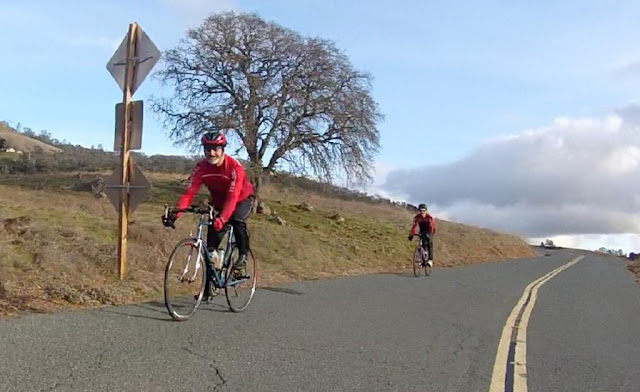