Cool and windy this morning. Met Peter and JB at the Gate. 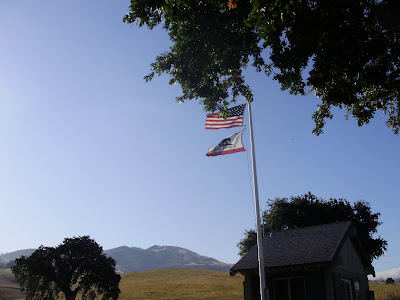