Weird weather this morning - warm, but foggy and humid.  Even looked like a possibility of RAIN?!?!?!  It made things different, and I like different.

Lots of people on bikes and otherwise on The Mountain this morning.  We thought maybe the fog would keep the traffic down since the views would be minimal... but stupid me!  The view of fog over the Diablo Valley from the top of Mount Diablo is divine... I knew that... apparently so did all those other people.

At Junction, blog reader Brian recognized me and introduced himself and we did a selfie.  He's been riding Diablo since 2011 but hung up his road bike and now rides a vintage hybrid with low gears.  He said he also crashed at the same roundabout that I broke my pelvis on in 2014, but he didn't break any bones.

The fog got pretty thick between Juniper and Summit, but thinned out right at the top.  I took a hike up to the top of the center to look east.

Then I got stuck behind a car that was stuck behind a slower cyclist, and there was too much upcoming traffic to pass so I had kind of a slow descent down to Junction.  Diablo Regular Samer rode next to me for a while so that was fun - when the car finally pulled over, Samer went into his descent mode which was too fast for me, so I did my normal speed back down North Gate Road.  Saw the deer at NGR and Castle Rock... we watched each other for a while before he darted off into the woods.

JB's bike has been at the frame-builder for: 1 week. 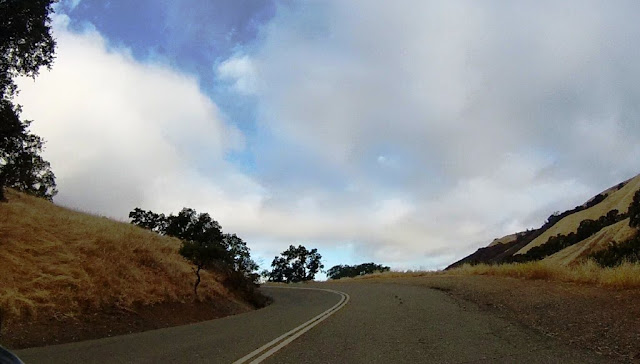 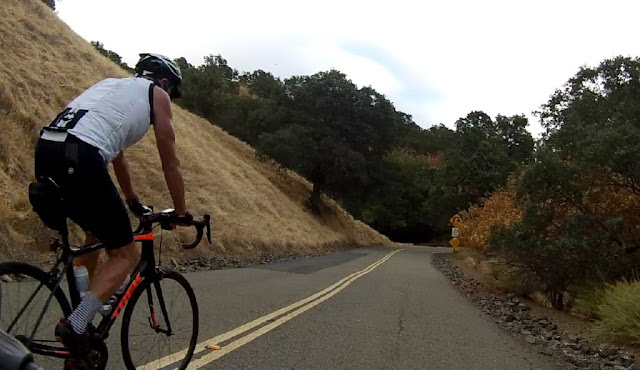 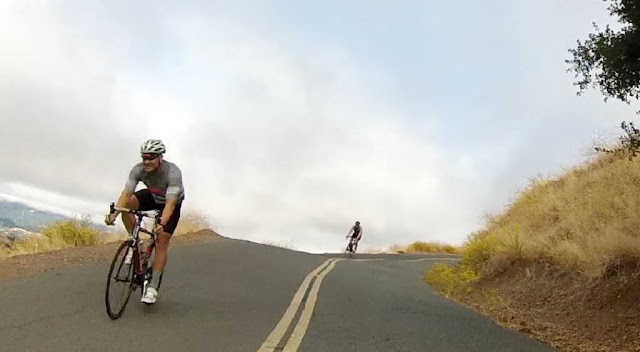 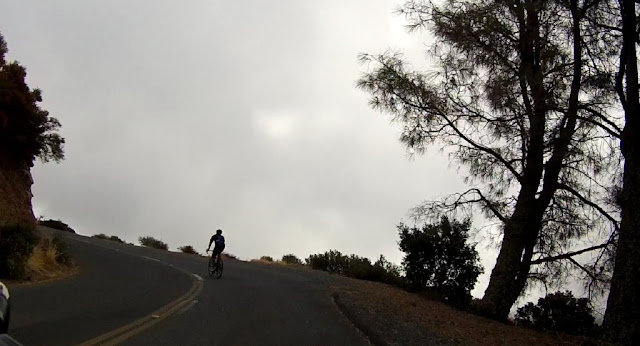 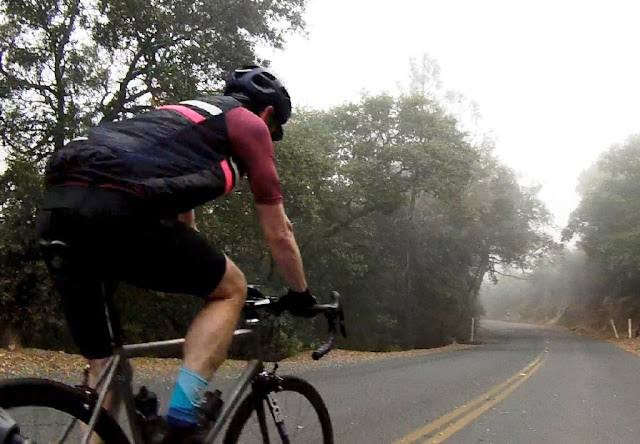 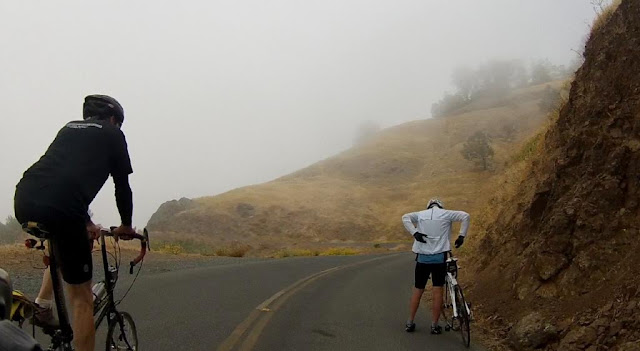 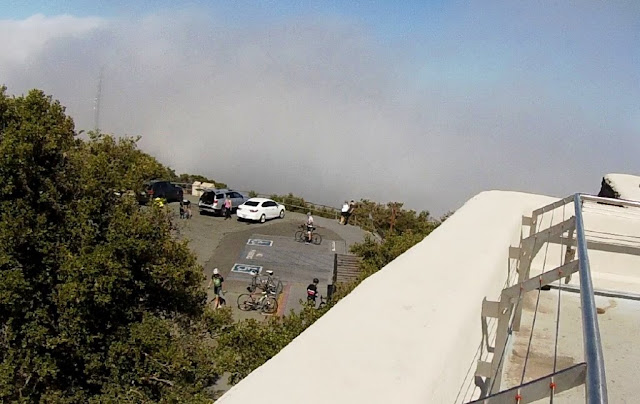 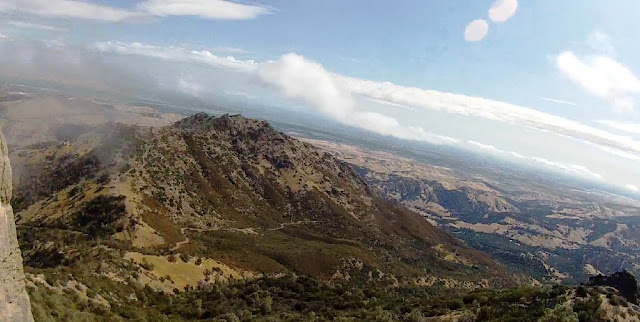 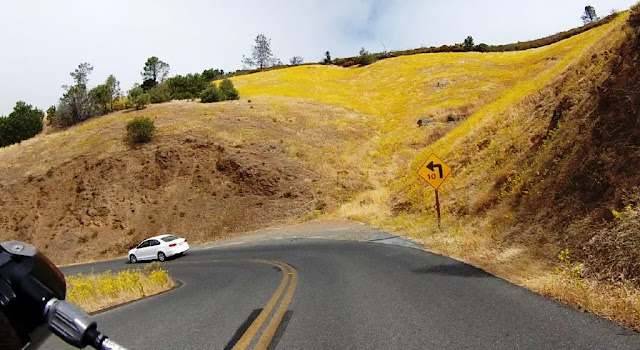 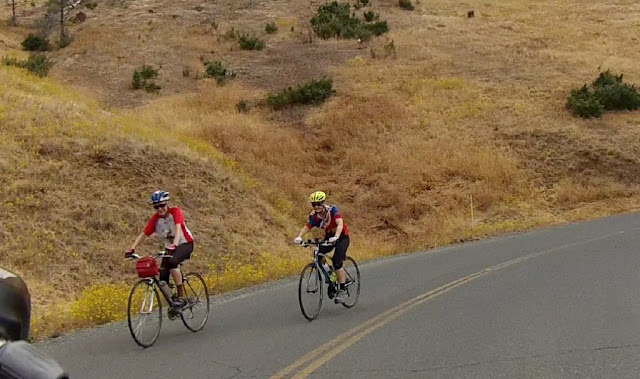 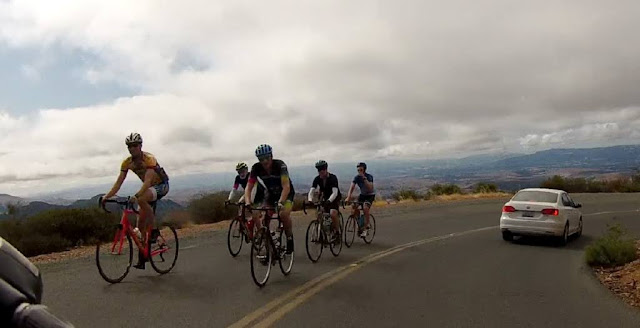 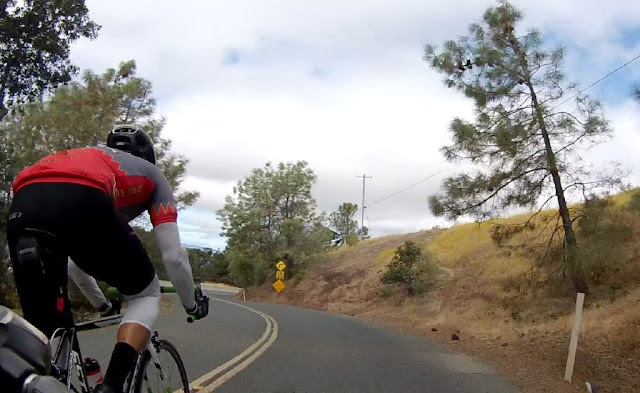 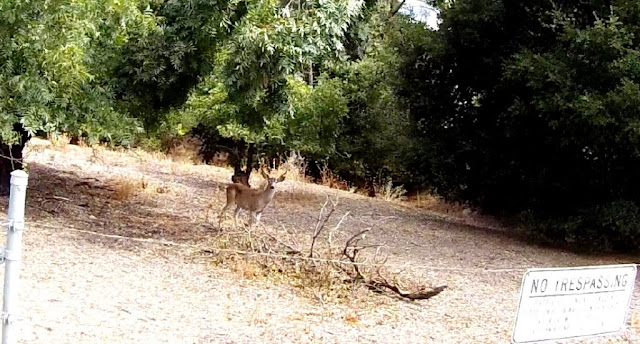 Samer is a cool guy.