Still smoky, but not nearly as hot today.

A guy in a white T-shirt came through The Gate just before we started up. I figured we'd pass him back before the real climbing started but we didn't see him again until almost Junction - hazzah.

JB stowed his arm warmers under his saddle pack and they fell out somewhere... he found them on the way down.

I dosed up with some Ibuprofen before the ride, anticipating some post-ride back pain, but felt pretty good; tried to not breathe too hard on the way up. JB turned around at Junction because of the smoke.

The foot path around the swing gate at The Wall was opened back up.  They even trimmed the bushes there so it's easier to go through, but I decided not to cyclocross it today, and just walked my bike around.

I talked to a runner at Summit. She told me she had tried to cycle up a while back but couldn't make it past Junction. She was observably very fit, but she said she hadn't been riding long enough to know how to approach a long climb.

On my way out of the Park, a deer jumped out in front of me and I panicked a little bit, then the deer changed his mind and turned back off the road but his hooves were slipping on the pavement and I thought he would fall down in front of me. For a moment I visualized myself, my bike, and the deer all lying in the middle of the road in a tangle while the deer kicked at my head trying to get loose; but nothing happened and then it was all over but the adrenaline rush. 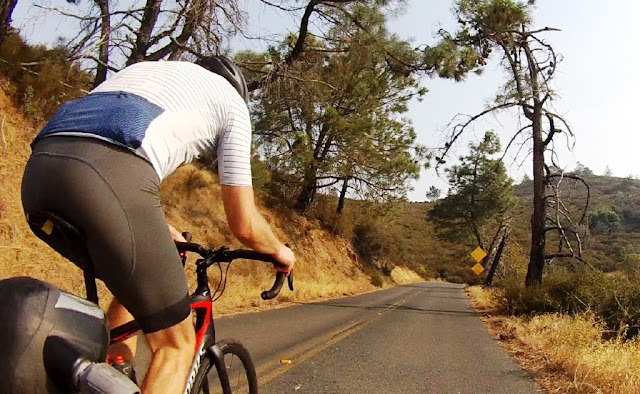 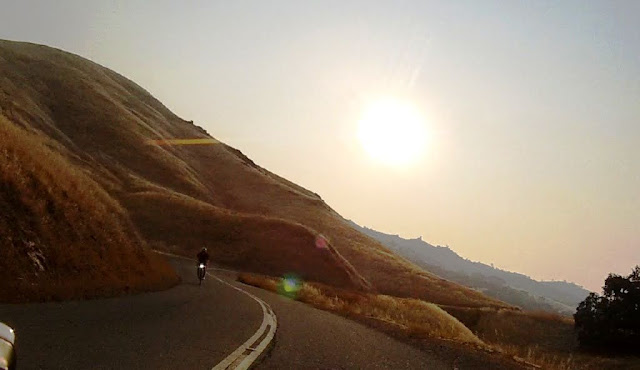 Smoky enough that this rider was using a headlight for visibility. 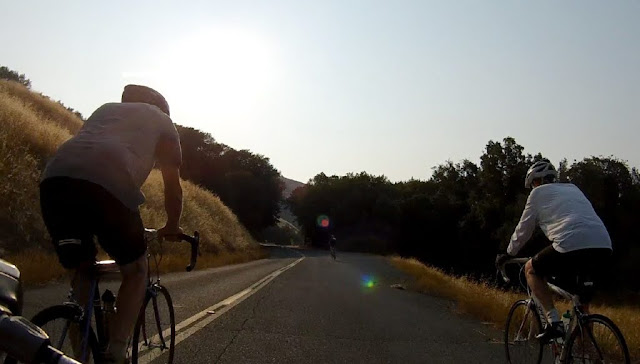 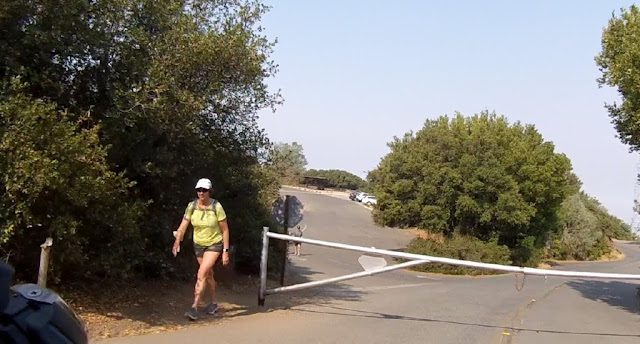 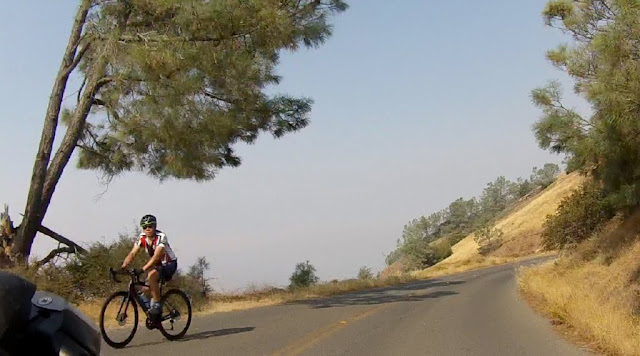 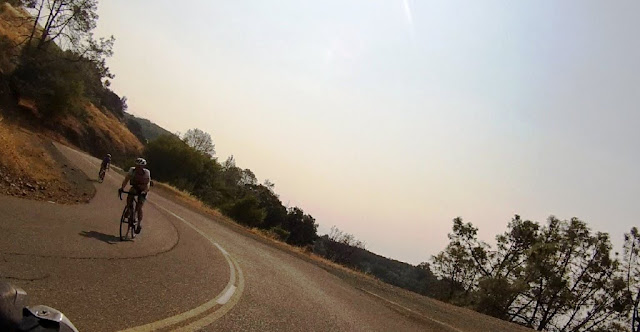 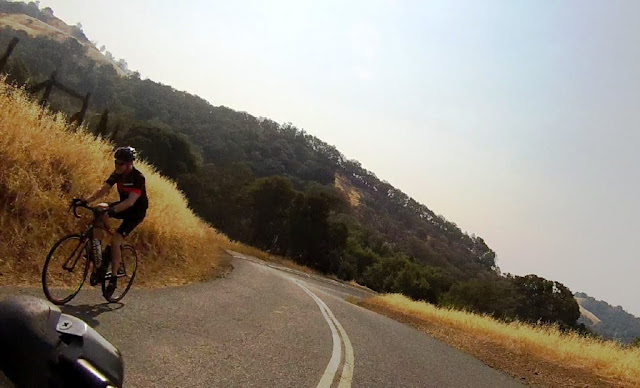 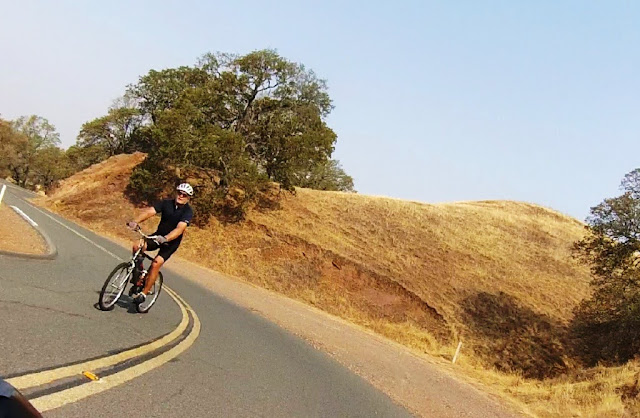 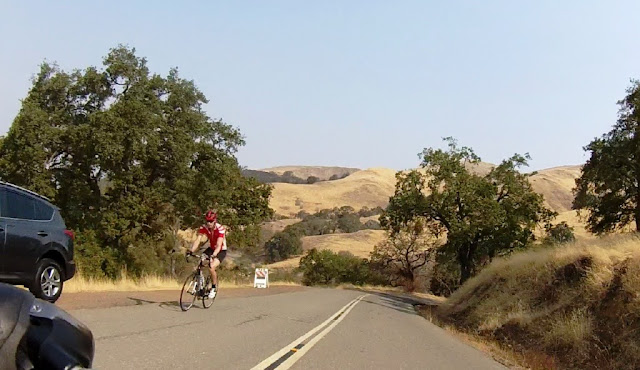 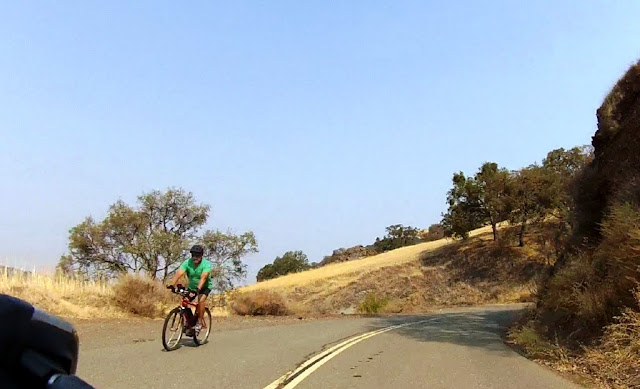 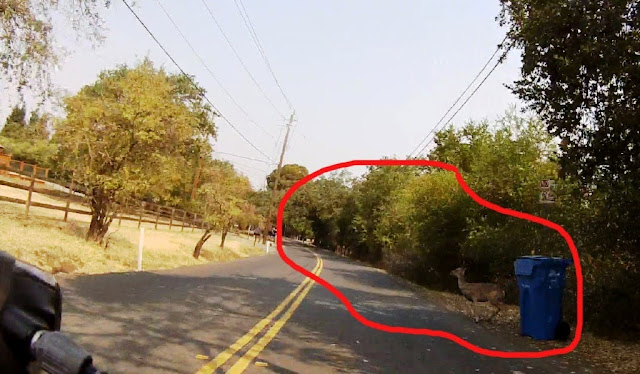 Startled deer almost runs in front of me. 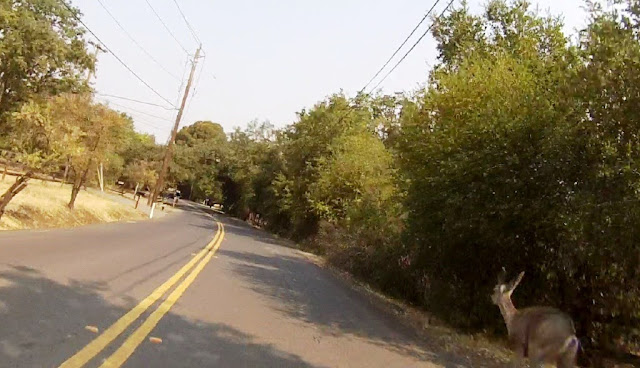 Changed his mind but almost slipped on the pavement.
Posted by Diablo Scott